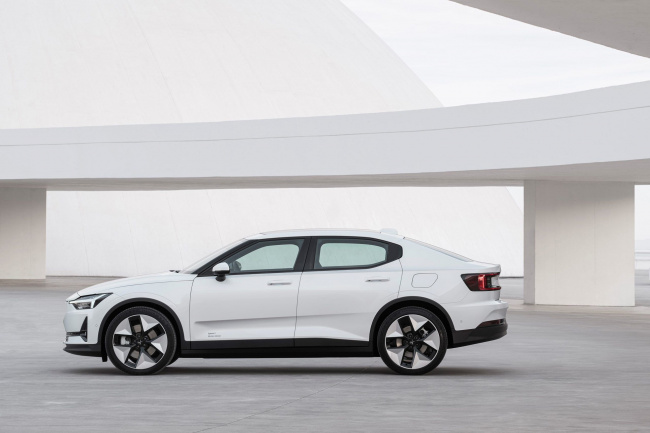 Polestar has announced updates to its Polestar 2 electric sedan for 2024, including redesigned front-end styling, more power, and more battery range. Most notably, the car will now favour its rear wheels, instead of sticking to front-wheel-drive.

Polestar is an electric vehicle manufacturer owned by Volvo. Its Polestar 2 was introduced in 2019, and is sold in 27 markets globally, including Canada. The company said it built its 100,000th model in late 2022. In Canada, the 2023 Polestar 2 is available with a single motor that provides front-wheel-drive, with a starting price of $53,950; or with dual motors for all-wheel-drive at $58,950.

For 2024, single-motor models get a newly-developed motor that raises horsepower from 228 to 299, while torque rises from 243 lb-ft to 361 lb-ft. Most notably, it will now be rear-wheel-drive. North America will only get a long-range version – a standard-range model will be offered in other global markets – with an estimated range of 635 km in preliminary European testing.

Learn more about the cars

The AWD will now have a rear-wheel bias, which Polestar said includes a “completely rebalanced drivetrain setup and torque ratio.” Both electric motors are new and have a combined output of 421 horsepower and 546 lb-ft of torque, up from 402 horsepower and 486 lb-ft of torque. When full power isn’t needed, the front motor will disengage to improve efficiency, and then come back online instantly when more power is required.

Acceleration in the AWD models is quick, with the zero-to-100 km/h run happening in 4.5 seconds. An available Performance Pack will enable up to 476 horsepower, and reduce that acceleration time to 4.2 seconds. 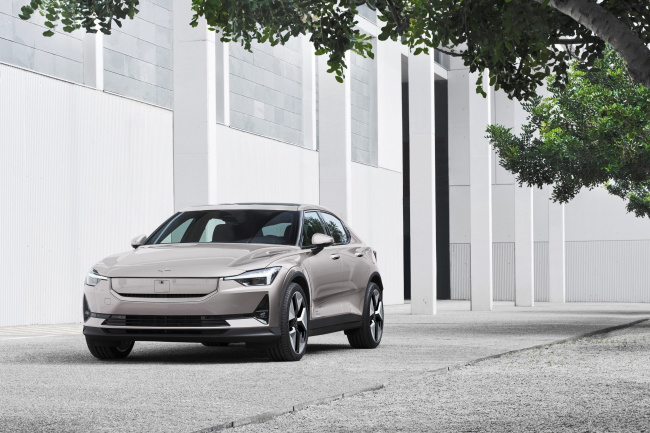 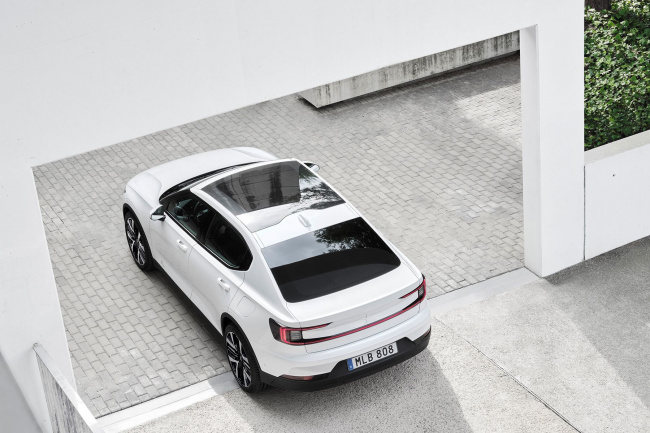 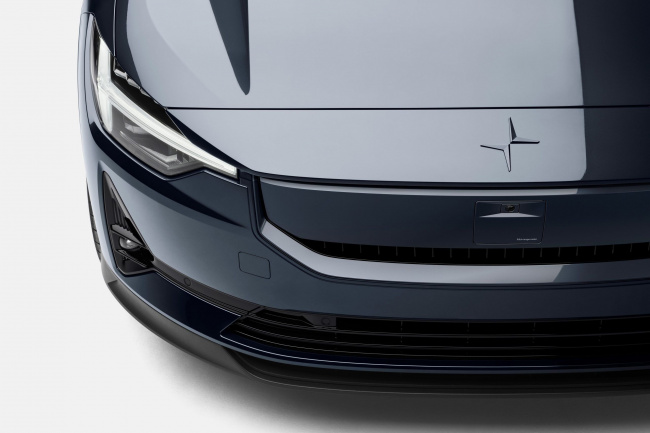 The redesigned front end will include SmartZone, introduced on the Polestar 3, which houses improved sensors and cameras for driver-assist features such as adaptive cruise control and emergency front braking.

The Polestar 2 long-range dual-motor version will retain its 78-kWh battery in Canada and the United States, along with 155-kW fast-charging, but some markets will get upgraded 82-kWh lithium-ion batteries with up to 205-kW fast-charging.

The automaker notes that some features will become standard across all trims, including blind-spot monitoring with steering support, emergency rear braking, 360-degree camera, auto-dimming exterior mirrors, and a wireless phone charger. In Canada, most of those on the 2023 model are bundled into a $4,700 option package. The 2024 Polestar 2 is expected to go on sale in the third quarter of 2023, with Canadian pricing announced at a later date.

Check out details on the latest Polestar 2 via our online shopping tool.