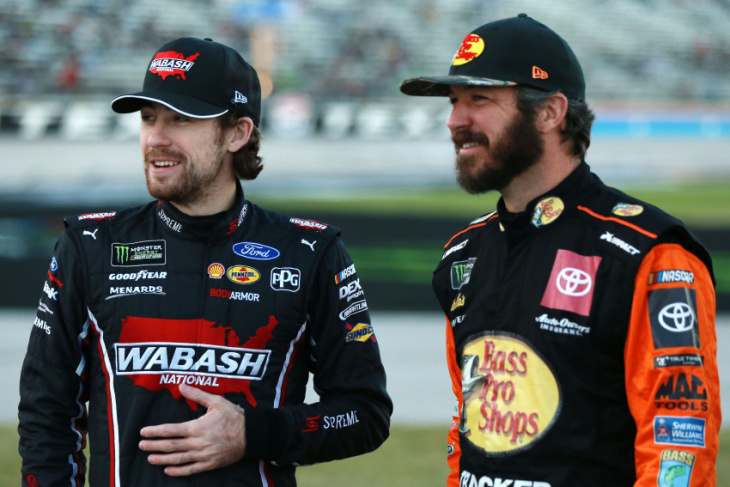 After 25 regular-season races, it’s down to 160 laps to fill the last two spots on the 16-driver grid for NASCAR’s upcoming Championship Playoff series. Saturday night’s weather-threatened Coke Zero 400 in Daytona Beach will finalize the field for the 10-race series that opens Labor Day weekend at Darlington, S.C.

This isn’t exactly the Game 7 moment ex-NASCAR president Brian France always craved, but it’s the closest we’ll get until the season-finale at Phoenix on Nov. 6.

As recently as Thursday, only one Playoff spot remained and the overarching question was whether former champion Martin Truex Jr. or Ryan Blaney would get it. But that changed late in the week, when 23XI Racing confirmed that Kurt Busch would miss Saturday night and the start of the Playoffs next weekend while recovering from concussion-like symptoms. Now, both Blaney and Truex Jr. have better-than-good-chances of making the Playoffs.

Busch, the 2005 champion and this spring’s Kansas City winner, crashed hard on July 23 during Pocono qualifying. He’s missed Pocono, Indianapolis, Michigan, Richmond, and last week at Watkins Glenn, and his return remains in doubt. Toyota driver Ty Gibbs has subbed for him, but isn’t eligible for Busch’s locked-in Playoff spot. The Hamlin/Jordan-owned team, however, remains eligible for the Owners’ Championship. 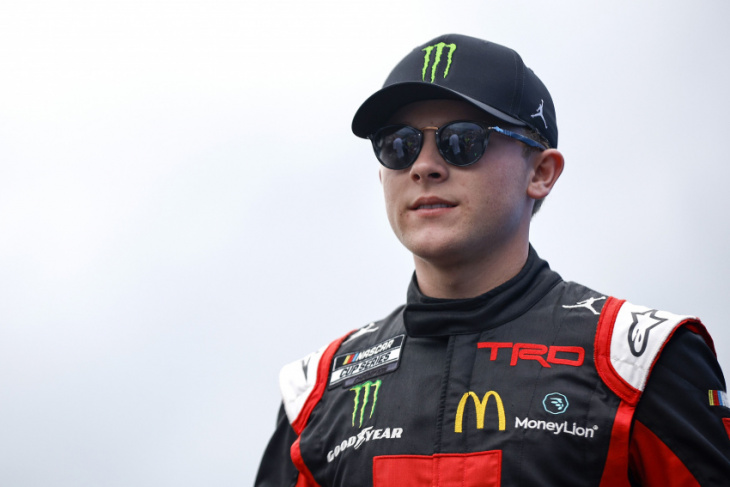 Ty Gibbs is subbing for injured Kurt Busch. Even should Gibbs win on Saturday night, he’s ineligible or the Cup Playoffs.

Busch’s situation leaves 14 winners already qualified for the Playoffs. Blaney and Truex Jr. are the only drivers who can advance by either a victory or on points. When Busch dropped out, they advanced from 16th in points (Blaney) and 17th (Truex Jr.) to 15th and 16th. With one race remaining, nobody is close enough in points to dislodge either of them.

The 7:30 p.m. race has several Playoff implications. Another first-time ’22 winner (there have been five) would take one of the last two Playoff spots. Depending on their points after the race, that would eliminate Truex Jr. or Blaney. (The higher in points advances; the other misses out). If there’s a repeat ’22 winner—a more likely scenario—both Truex Jr. and Blaney will advance on points. No matter what happens, NASCAR will have at least one winless driver on the Playoff grid next weekend).

Another 13 drivers still harbor hopes for a Playoff spot, but they’ll have to win to make the grid. No matter their points position—as long as they’re top-30 in the final standings after Saturday night—a victory is the only way they’ll make the grid. 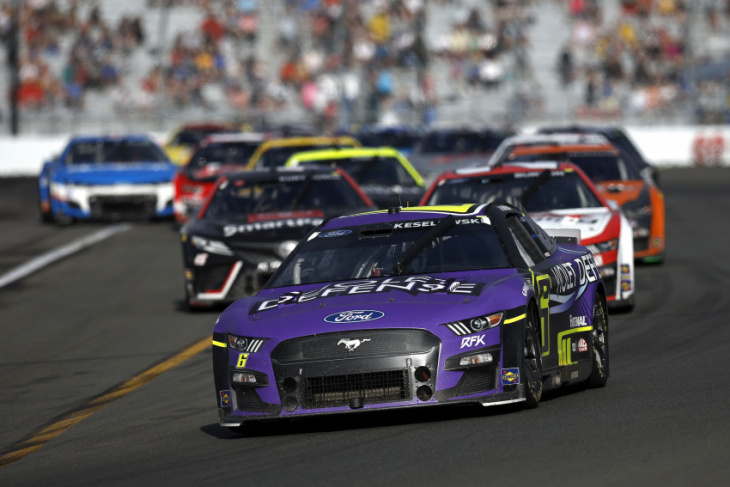 Brad Keselowski needs a win on Saturday to qualify for the Playoffs for a 10th consecutive season.

Among the drivers given the best chance of winning this weekend are six Daytona winners in recent years: Blaney, Jones, Austin Dillon, McDowell, Almirola, and Brad Keselowski. Wallace hasn’t won, but has three second-place runs and a fifth-place among his 10 finishes there. His only career victory was last year at Talladega, and he’s generally run well at NASCAR’s longest and fastest tracks.

Even in August, NFL Tops NASCAR

Once again, NASCAR loses out to the National Football League.

The Coke Zero 400 will be preempted by numerous NBC stations that are obligated to carry preseason games. Most markets being preempted will have the race air on a full power sister station or on the D2 station in the market.

These stations will preempt the race on their full power sister station: Baltimore on WBAL-MeTV; Harrisburg on WGAL-D2; Phoenix on KTVK-AZ Family; Orlando/Daytona Beach on WKCF-The CW 18; Tampa Bay on WTTA-Great 38.

Two stations will join the race in-progress after their NFL preseason games: Philadelphia at 10 p.m. and Washington DC at 10 p.m.

Friday’s rain in and around Daytona Beach forced officials to cancel qualifying for Friday night’s weather-threated Xfinity Series Wawa 250 and Saturday night’s similarly threatened Coke Zero 400. The Xfinity grid was set by owner points, with AJ Allmendinger and Ty Gibbs on Row 1. Kyle Larson and Chase Elliott will start from Row 1 on Saturday night – or whenever the 400 is run. The long-term forecast is for rain into early next week.

Stanley Black & Decker will bring its Craftsman brand back as primary sponsor of the NASCAR Truck Series beginning in 2023. Craftsman was the series’ title sponsor from its inception in 1995 to 2008, when Camping World took over through this season.

In addition to the Truck Series title sponsorship, Stanley Black & Decker will expand its presence by becoming a multi-year partnership as the “Official Tools Partner of NASCAR” and “Official Tools” of all NASCAR-owned and operated tracks.

Much of his decision, the Florida native said, was because the international food distributor from Virginia has committed to appreciably increase its support. Almirola said he spent a week just thinking about whether he’d even want to come back before agreeing with Smithfield to consider the move. He said his wife and children are standing four-square behind his decision.

Almirola is the second driver to recently announce he would be back next year. Martin Truex Jr. confirmed his return several months ago, even though he had never said he was considering retiring. (The fact he hadn’t re-signed with Joe Gibbs Racing caused most of the uncertainty). Joey Logan recently signed a huge contract extension with Team Penske, thus avoiding any distracting speculation going into the Playoffs about his long-term plans.