The new Diablo Supercorsa V4 comes in SP and SC variants designed to offer maximum performance on the road and track. 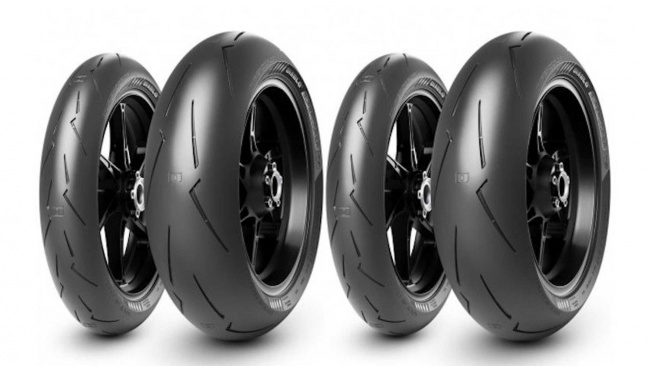 In September, 2022, Pirelli announced that its next-generation Diablo Supercorsa tires were undergoing final testing. The update to its Supercorsa range follows that of the Diablo Rosso IV Corsa which was released in 2022. For 2023, the Italian tire manufacturer has officially released the specs of the new Diablo Supercorsa V4. Let’s dive right in.

The new Pirelli Diablo Supercorsa tires will come mainly in two iterations, each with varying compounds. The SC version, which translates to Special Compound, is the track-focused version. Meanwhile, there’s also a dual-compound SP version which is adapted for use on both road and track conditions. Starting things with the SC V4, the tires make use of the latest generation compound designed to offer superior cornering traction versus the V3. A stiffer racing carcass has also been added for improved corner exits and better high-speed stability.

There are three different compounds available for the Diablo Supercorsa SC V4, and they are SC1, SC2, and SC3. The softest of the group, SC1, is designed for sessions on low-abrasive asphalt at high temperatures to provide the best performance at the back and most reaction up front. The SC2, on the other hand, performs more consistently on both compounds and is more suited to low temperatures and abrasive asphalt. Finally, the SC3 uses the hardest compound and is ideal for prolonged track sessions and endurance racing.

Moving on to the SP versions, the Supercorsa SP V4 isn’t a full-fledged racing tire, but rather, one that wears two hats. It’s designed to provide maximum on-track performance, but at the same time provide enough longevity to ride back home after a spirited track day. As such, it makes use of a dual-compound construction, not only in the rear, but up front as well. It offers a much longer service life than the SC, thanks to the harder rubber compound used in the center. Nevertheless, the tread pattern of the SP is identical to that of the SC.

Keyword: Pirelli Is Ready To Hit The Track With The New Diablo Supercorsa V4