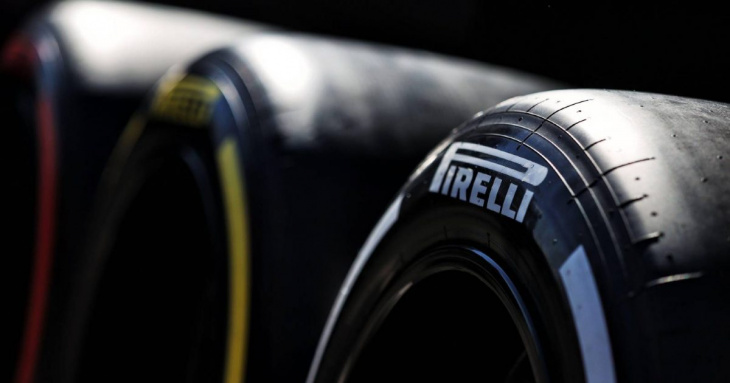 A sixth Pirelli slick tyre compound will be added to the range for the 2023 Formula 1 season, with the C0 joining the familiar C1-5.

But it is not the C0 itself that is the new one, for the 2022 campaign’s C1 has simply undergone a change of name. Instead, there is a brand-new C1 that is being introduced to bridge a performance gap between the compounds at the harder end of the spectrum.

Mario Isola, Pirelli’s head of motorsport, gave an explanation to media including PlanetF1 following the post-season tyre test at the Yas Marina venue in Abu Dhabi.

“We have introduced a new C1 compound and have decided to homologate for next year six compounds, not five,” said Isola.

“The current C1 that worked quite well at, for example, Zandvoort and Silverstone, we didn’t want to eliminate.

“We decided to introduce a new C1 with more grip compared to the old C1, so the old C1 is now the C0 to avoid renaming all the others.

“The new C1 is much closer to the C2. I would say the only target we didn’t achieve was a new C3 more in the centre between C2 and C4.”

Isola felt the 2022 C1 had generally been too slow in a season when he said there had been a 30% increase in overtaking during races, although that was by no means all down to the tyres with the new generation of ground-effect cars having been introduced.

Asked by PlanetF1 whether the extra compound gave greater scope to have steps between the three chosen for a race weekend, Isola said that could be considered but not for the early races of the 2023 campaign.

“In some cases we can have a step between the compounds we want to select but not always,” said Isola. “It’s an option we have in our pocket that we keep.

“I believe we have an idea of what we want to allocate for next season. We want to keep the flexibility to change, or to fine-tune, this allocation according to the result of the pre-season test in Bahrain and the first races.

“We will define soon the compounds for the first three or four races, obviously because we need to manufacture and sea-freight the tyres. But then we want to keep a bit of flexibility to decide for the second part of the championship.

“But it doesn’t mean you will have two or three steps in between.”

Of the post-season tyre test on Tuesday November 22, he pointed out the 24 drivers in action had completed 2,458 laps.

“That’s a lot of data to analyse, almost 13,000 kilometres,” said Isola. “I believe it is an average of two races per driver, so that’s a lot of telemetry data we will receive in the next few days.”