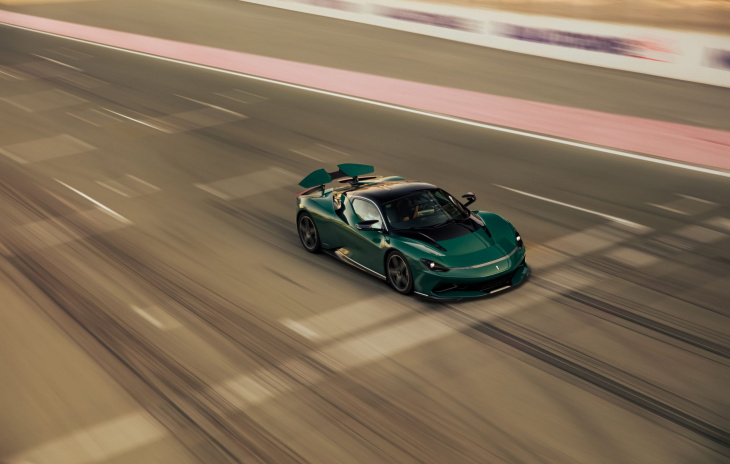 Pininfarina has confirmed performance details of its new electric Battista, including the fact that the new road-legal hypercar can accelerate a Formula 1 car.

Announced as part of the Battista’s debut in the Middle East, Pininfarina says its launch control system allows for a 0-60mph time to be achieved in just 1.79 seconds, compared to the typical 2.1-2.7 seconds that an F1 car takes.

Furthermore, Pinfarina has said that a 0-120mph run, where permitted, could be achieved in just 4.49 seconds, while a 31-metre stopping distance from 60mph to a standstill makes the Battista the fastest braking EV in the world.

Pininfarina is best known for being a design house that has worked with a number of car brands over the years, from niche Ferrari products to mass-market Fords, but established ‘Automobili Pininfarina’ as a standalone brand.

First revealed in 2019, first customer deliveries of the Battista are said to be underway, with the model making its dynamic debut at the Dubai Autodrome following its launch in Saudi Arabia and the United Arab Emirates.

Paolo Dellacha, Automobili Pininfarina chief product and engineering officer said: “I am proud that our new electric hyper GT delivers on the promises we made when we set out our development plan. In Battista, we have achieved performance beyond our original, extreme targets.

“Battista’s incredible technical package includes a carbon ceramic brake system, helping the Italian hyper GT become the fastest braking electric car in the world. Our discerning clients here in the UAE have been overwhelmed by the Battista driving experience, which is as breathtaking as its award-winning design.”

The Battista’s electric motors put out a remarkably 1874bhp and 2,340Nm of torque, with each car taking 1,250 hours to be produced at the brand’s factory in Cambiano, near Turin in Italy. Just 150 are being produced, priced from £1.9m each, excluding taxes.