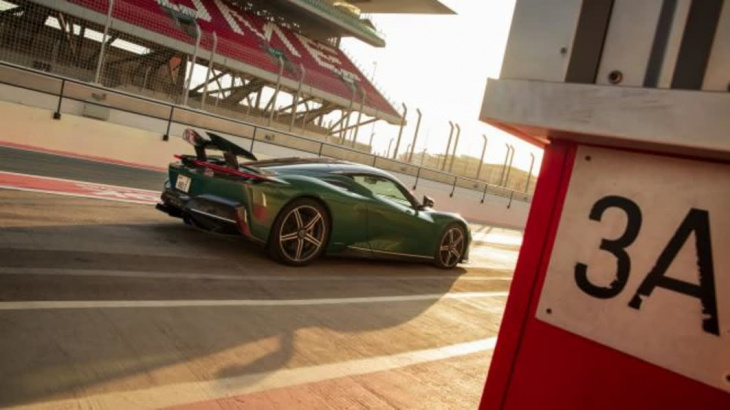 Even in a galaxy far, far away, the Pininfarina Battista would stand out.

After a delay of about three years, the official specifications of the all-electric hypercar have been revealed:

A pair of electric motors are mounted to each axle, each motor powering a specific wheel and giving the Battista full torque vectoring capability.

Pricing — and this is one of those cars that, if one has to ask, just move on — is about $2.2 million, which places it in the territory of the Bugatti Chiron. For those customers considering an upsell, a limited “anniversario” edition will comprise five of the expected 150-unit build run. It differs from the standard version by some cosmetic alterations, which lifts the price by some $70,000-plus. 0r you could buy a BMW M3 as a chase car.

The two-seater Battista is named for Battista “Pinin” Farina, who founded Carrozzeria Pininfarina in 1930. A lot of its battery, carbon-fiber chassis and motor components come from Rimac, the nascent Croatian electric supercar maker that recently paired with Porsche to take over Bugatti.

Many more details about the car’s development, several photos and our driving impressions can be found in this Autoblog post from August.