Piedmont Lithium to process lithium hydroxide in the USA 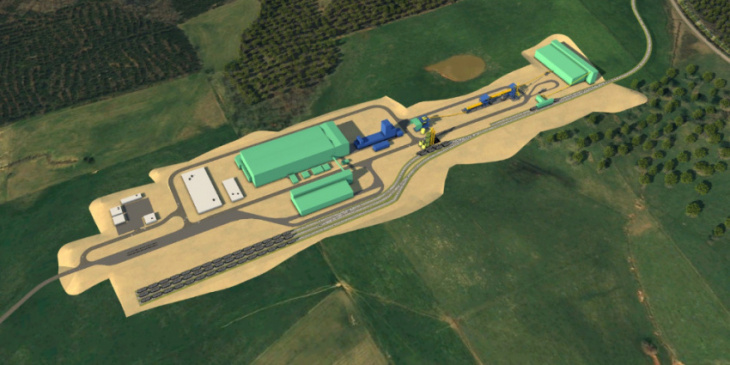 Piedmont Lithium has announced the construction of a large lithium hydroxide processing plant in the USA. The facility is to be built in Etowah in the state of Tennessee and will produce 30,000 tonnes of lithium hydroxide per year. The start of operations is planned for 2025.

Together with the company’s plant in North Carolina, Piedmont Lithium’s total production capacity in the US is expected to reach 60,000 tonnes per year from 2026. The group emphasises that it wants to strengthen the supply chain for batteries within the USA with the local production of lithium hydroxide. The spodumene concentrate, which is required as a precursor of lithium hydroxide, is to be sourced mainly from the company’s own projects or partner projects.

In both Tennessee and North Carolina, Piedmont Lithium relies on the ‘Metso-Outotec’ process, in which the lithium hydroxide is produced directly from spodumene, without the need for sulphuric acid processing. The plant in Tennessee will be one of the first plants to be built on the basis of this innovative process, Piedmont Lithium says. It is also expected to be “the largest lithium hydroxide plant in the United States” when completed in 2025. According to the company’s announcement, only 15,000 tonnes of lithium hydroxide are currently produced in the US per year, all told.

The new plant is expected to create nearly 120 jobs. The site near the town of Etowah was chosen, among other reasons, because it is close to battery and automotive plants of potential customers, it says. In addition, the company also emphasises the proximity to its headquarters and second plant project in the neighbouring state of North Carolina.

Keith Phillips, President and Chief Executive Officer of Piedmont Lithium, wants to make his company “a leading lithium supplier in the United States”. He said the rapid electrification of the automotive market has led to massive investment in the production of electric vehicles and lithium-ion batteries in the United States, creating a critical need for US-made lithium hydroxide. “Our Tennessee Lithium operation should play an important role in helping to mitigate supply shortages in the American EV industry and battery supply chain, particularly in the wake of recent legislation incentivizing the use of domestically sourced critical materials and providing tax credits for U.S. producers,” Phillips said.

In 2020, Piedmont Lithium had announced a binding contract with Tesla for the delivery of spodumene concentrate from its deposit in North Carolina. Later, the deliveries to Tesla were postponed indefinitely.

Keyword: Piedmont Lithium to process lithium hydroxide in the USA