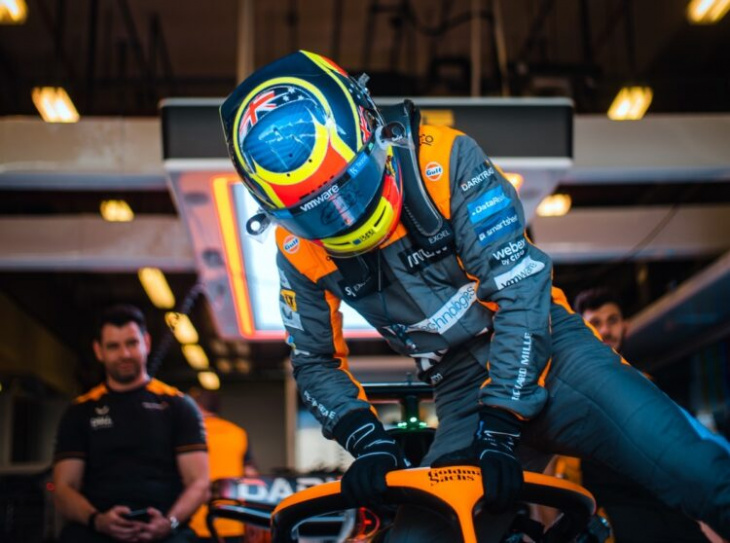 Oscar Piastri took to the track for the first time as a McLaren Formula 1 driver on Tuesday, taking part in the post-season test from the Yas Marina Circuit.

The one-day test sees all 10 teams involved, with each team running two cars throughout the day.

One of the cars is dedicated to a young or rookie driver, a category that Piastri falls into.

The Australian will make his race debut in F1 next year with McLaren, having been subject to a contractual dispute earlier this season.

Which drivers are taking part in the post-season F1 test?

Alpine originally claimed that he would compete for their team in 2022, after he was part of its junior academy for the last handful of years.

However, it soon became apparent that Piastri had a deal in place to race elsewhere on the grid in 2023.

Alpine and McLaren took the matter to the Contract Recognition Board, who ruled that McLaren’s contract was the only valid option for Piastri.

The 21-year-old recently completed his seat fit for the McLaren test, before he jumped into the car for the first time at the post-season outing.

Before Abu Dhabi, Piastri had not been present in the F1 paddock since the return following the summer break.

After losing out to Piastri, Alpine had to look elsewhere to find a new suitor to fill Fernando Alonso’s shoes, who has left for Aston Martin in 2023.

It eventually signed Pierre Gasly from AlphaTauri, who will partner compatriot Esteban Ocon at the team next year.

Norris will be paired with Lando Norris in 2023, during what is likely to be one of the most intensely scrutinised rookie seasons in modern F1 history.