Peugeot revealed electric versions of its 308 hatch and wagon last night, with both body styles boasting over 400km of WLTP range from a 51kWh usable battery.

Although ‘only’ 400km, the e-308 achieves its range by being very energy efficient. Testing on the WLTP combined cycle saw the fully-electric 308 return 12.7kWh/100km. 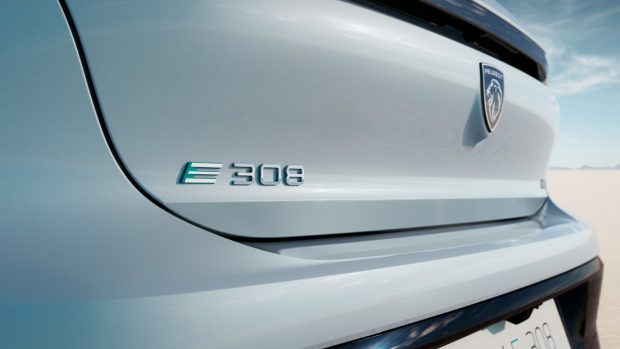 The Peugeot’s efficiency rivals the frugal Tesla Model 3. If it bears out in final testing, the e-308 will be one of the most frugal EVs running on a converted combustion-car platform. Only the likes of the discontinued Hyundai Ioniq Electric that consumed 12.3kWh/100km are better.

The electric 308 will effectively become the flagship of the 308 range in Europe. Australian plans are so-far unclear, though the electric 308 is said to be under study according to managing director of Peugeot Australia, Kate Gillis.

“The global reveal of a full battery electric 308 is exciting and we can confirm the e-308 is under evaluation for the Australian market as part of our electrification journey”, Gillis said.

If the e-308 comes to Australia it will have few direct rivals. Instead, the e-308 would do battle with SUVs such as the MG ZS EV and BYD Atto 3, as well as entry-level Tesla Model Y and Polestar 2. 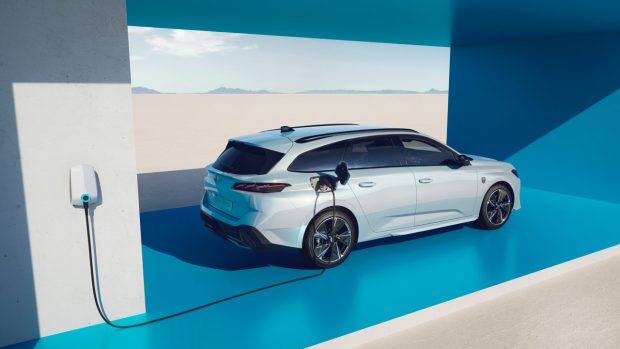 Both hatch and station wagon bodies will be available

European pricing for Allure and GT trim e-308s s is yet to be announced. It’s unlikely the 308 will be cheap if it comes to Australia.

The remainder of Peugeot’s new 308 range – including turbo petrol and plug-in hybrid grades – is set to hit Australian dealerships between October and December this year.

This new electric 308 marks another step in Peugeot’s gradual electrification that started with the e-208 and e-2008 in Europe. Peugeot currently sells two PHEVs in Australia including 508 and 3008, though no pure EVs. 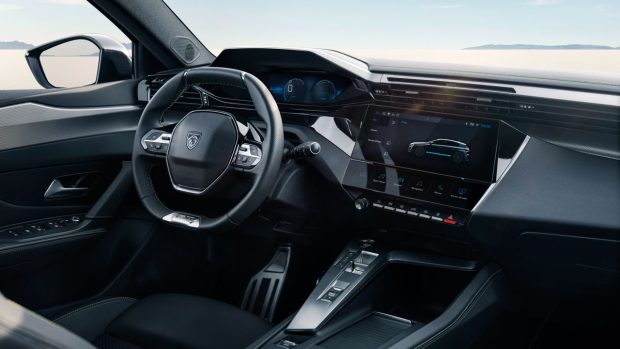 Inside there are few changes to the electric 308

It may be electric, but the e-308 is not about maximum outputs. There is a single motor powering the front wheels of both hatch and wagon producing 115kW and 260Nm.

That amount of grunt is about right for a small family vehicle, being slightly more than a VW Golf 110TSI. Peugeot is yet to claim a kerb weight or 0-100km/h time for e-308.

The reasonable outputs likely have something to do with the e-308’s excellent efficiency. The current indicative WLTP figure is 12.7kWh/100km equating to 402km from a full charge. WLTP is still calculating final figures. 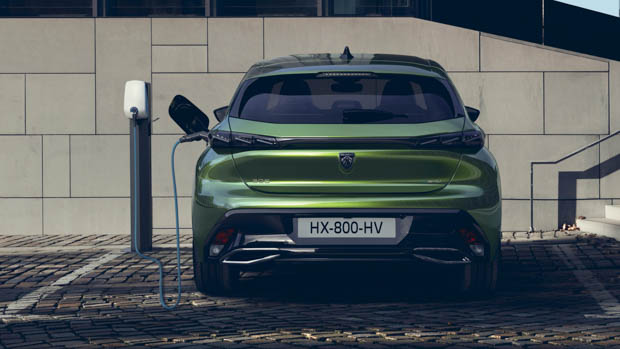 The electric 308 will join plug-in hybrids in the lineup

Peugeot’s 400-volt lithium-ion battery uses a different chemical composition to what you might have seen in earlier packs. The ‘NMC811’ is richer in nickel (80%) with lower reliance on expensive cobalt (10%). There are two goals with this: reduce cost and increase charge capacity.

The e-308’s battery can take on fresh DC electricity at a rate of 100kW, for a 10-80 percent charge time of around 25 minutes. Using a three-phase 11kW wallbox will rejuvenate the battery from 0-100 percent in a little over five hours.

While the e-308 may look very familiar with its ‘fang-shaped’ daytime running lights and matrix LED headlights, there are some new 18-inch alloy wheels said to be more aerodynamic.

RINGGOLD, Ga. —– Ryan Gustin created a moment he wouldn’t forget Saturday night at Boyd’s Speedway. On the final lap of the Stateline Showdown finale, “The Reaper” went toe-to-toe with one of his heroes. Gustin pulled a momentous slide job on Georgia’s Dale McDowell in turns one and two, ...

RINGGOLD, Ga. — Jimmy Owens has hit a stride with the World of Outlaws CASE Construction Equipment Late Model Series in September. Three weeks after earning his first Series triumph of 2022, the Newport, Tenn., driver backed it up with a wire-to-wire victory Friday night at the Stateline Showdown ...

** This article is published on WapCar Community, representing the opinion of users. Click the link below to enter the community for car enthusiasts in Malaysiahttps://forum.wapcar.my/ I had a 1.6 Turbo, bought in 2013. The number was W1701D, which was similar to the registration of Captain Picard’s Starship Enterprise (NCC1701-D) ...

Fail of the Century If you’re looking for a material from which to construct your car, metal is widely regarded as a better choice than cloth. More robust, more rigid, less likely to shrink if you accidently put it on a 60˚C boil wash. However, for all its advantages, metal ...

The next-gen model could grow in size.

SpaceX’s workhorse Falcon 9 rocket has secured three new geostationary satellite launch contracts from South Korea and the Middle East. All three contracts – two from Arabsat and one from KT SAT – build off of successful relationships SpaceX has already built with both companies. In 2017, SpaceX kicked ...

The new Peugeot 308 will launch locally in October. Despite a modest year-on-year sales drop, and recent across-the-board price increases, Peugeot is bullish about its medium-to-long-term Australian market prospects, claiming strong sales enquiry is being driven by the imminent arrival of new models including the long-awaited, third-generation 308 hatch ...


View more: Peugeot's Aussie power play! Prices up, but so is enquiry

Porsche IPO only off the table if severe geopolitical problems arise, says CFO

Gorgeous Polestar O2 electric convertible will enter production – but will it keep the drone?