You don’t build a car like Peter Fitzpatrick’s FC without some car-building experience under your belt and Fitzy has that in spades.

“My first car was an FJ Holden when I was 14 but my first road car ws an EJ Holden with a red motor,” he says. “Later I got an HD with a hot Waggot engine in it and then an ex-cop GTR Torana but my first serious car was an EH.”

First published in the November 2010 issue of Street Machine 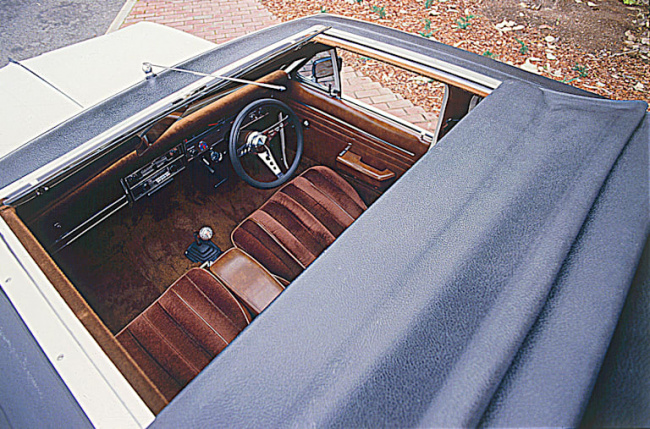 “The EH actually won Top Engine Bay at the first Street Machine Nationals in ’75. It had a 192 with triple Sus and a Bert Jones 40/80 cam. That was his drag-spec cam and he would only sell it to you if you had a drag car, so I got mine off one of my mates who raced an EH.

It only had a three-speed in it but it ran flat 15s at Castlereagh and would do 100mph in second gear. I broke a lot of second-gear synchros and diffs but it didn’t take long to change them.” 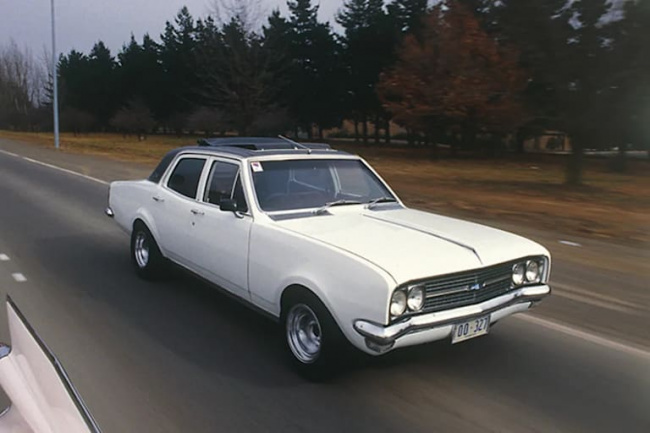 “The cops really gave me a hard time with the EH, so I sold it to buy the HK Brougham. It was dead stock and in pretty good condition. I pulled the 307 out of it, took it out to 327, put some big heads on it and a Muncie behind it.

I kept blowing standard diffs, so I put a 10-bolt in it and fixed it right up. It was an amazing highway car. I had a 140mph GTS speedo in it and it’d wind off the clock easily. 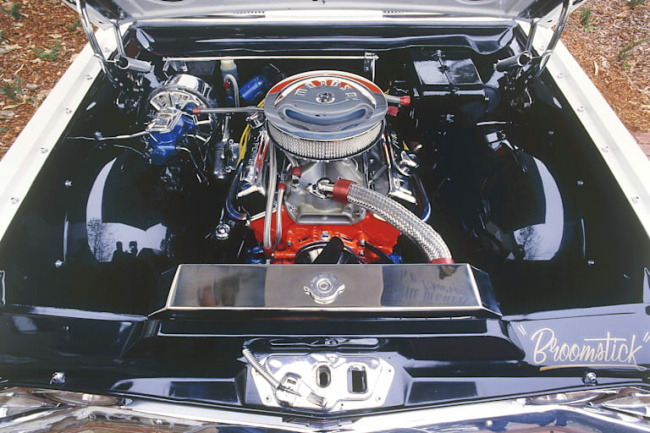 While the 327 was a good little engine and powered Fitzy to a win in the go-to-whoa over John Petersen’s Zephyr at the Street Machine Nationals, the rest of the car was pretty flash too.

Fitzy put around 300 hours into the body work, pumped the rear guards out to accommodate the 11-inch rear rubber and resprayed the lot in Glacier White. The undercarriage was extensively detailed and the engine bay wiring hidden. The rims are American Racing-style Westerns and the interior was an 80s classic in brown velour. 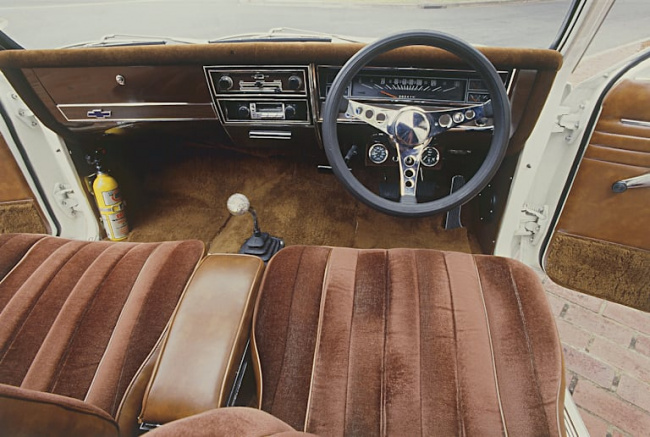 Pete hung onto the Broomstick until 1998. “It was just sitting around the workshop, so I let it go,” he says. “My sons Aaron and Daniel are still dark at me!

Aaron would like to track it down and buy it back, though he’s just bought an LH Torana shell that he’s going to put an LS2 in and then use it as a Powercruise car.”