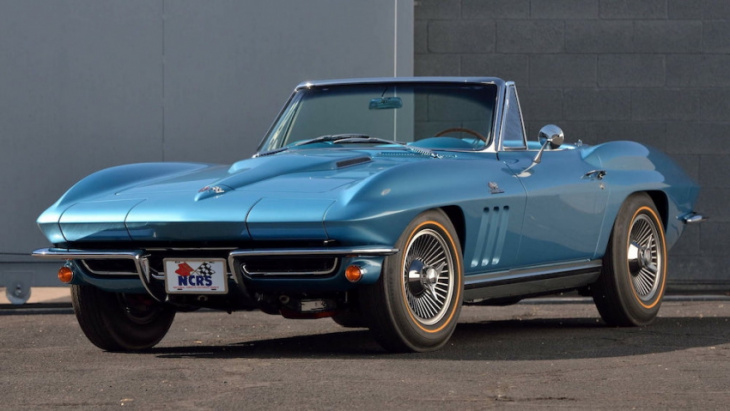 This 1965 Corvette L78 quite literally has it all with a rare powerplant, a total redo, and plenty of hardware.

With each passing auction, we always come across at least a few jaw-dropping Corvettes worthy of a closer look. Oftentimes, these cars are rare, tastefully modified, historically notable, or perhaps all of the above in a few select cases. This 1965 Corvette L78 that’s going up for grabs at Mecum’s Chicago auction next month certainly fits the bill as a finely restored and relatively rare car that has quite the impressive bundle of hardware to back it up, making it a truly enticing offering for anyone in the market for a very nice C2.

For starters, it isn’t every day that we see a 1965 Corvette L78, and for good reason – GM only built a grand total of 2,157 of them in this particular model year. That rareness stems from the car’s powerplant, of course, which is the automaker’s Mark IV 396 cubic-inch big block V8 that produces 425 horsepower, yet was replaced for the 1966 model year with the larger 427. Regardless, that makes it a novelty in the world of the C2, as well as a bit more collectible. 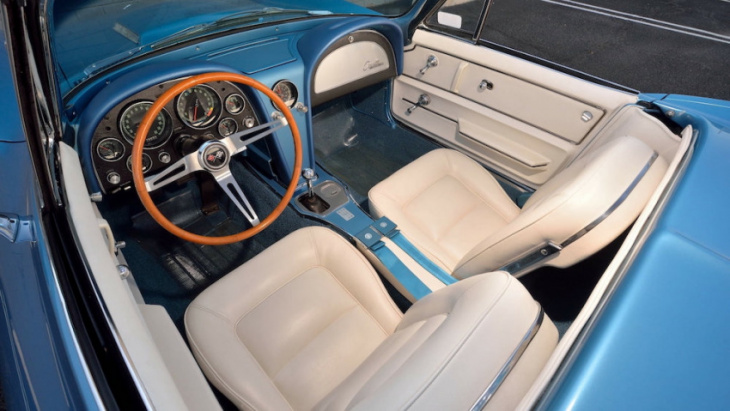 The rarer big block is mated to a four-speed manual transmission and a Positraction rear end stuffed with 3.70 gears, giving it brisk acceleration. This Nassau Blue beauty comes with a CCAS engine pad affirmation letter confirming its originality, as well as the Protect-O-Plate and original invoice, too. 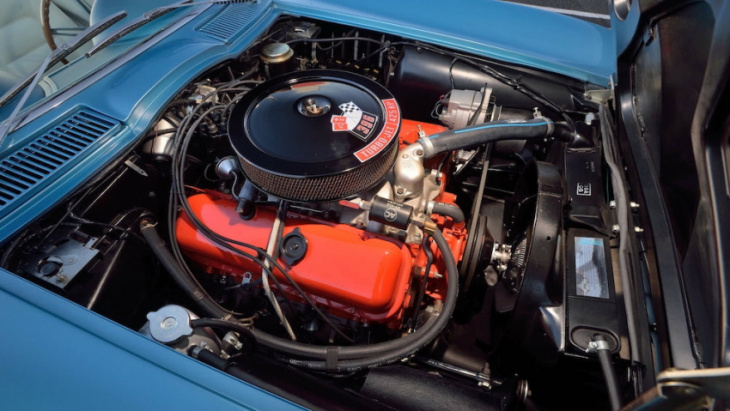 Coming off the good old-fashioned no-expenses spared restoration, this 1965 Corvette L78 also looks no worse for wear, and very likely, nicer than it did when it was new. The stunning drop top is equipped with both a white soft top and matching white interior, as well as a removable hardtop and redline tires, adding to its visual punch in a big way. 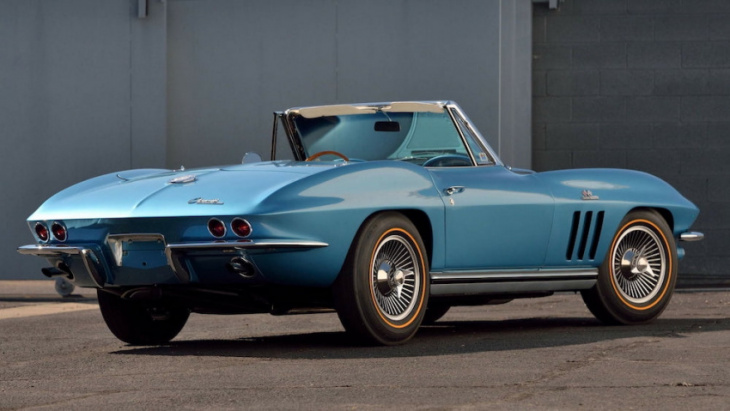 These attributes certainly make this C2 a desirable machine, but it’s also accompanied by plenty of prestigious accolades, including not one or two, but three NCRS Top Flight awards. But when you take one of the most universally loved vehicles of all-time – in a rare and desirable combination, to boot – that doesn’t really come as much of a surprise, however. 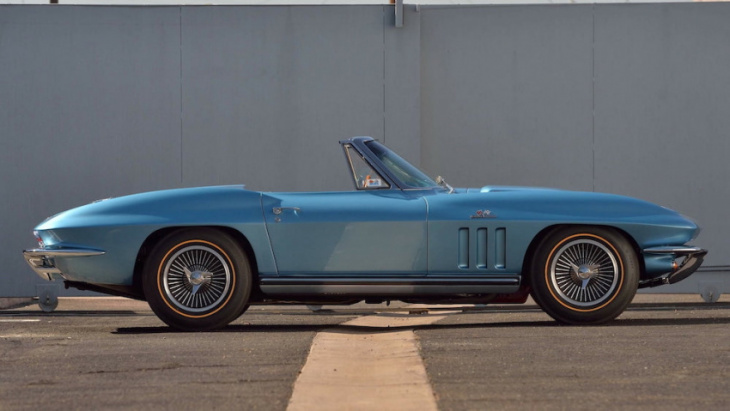 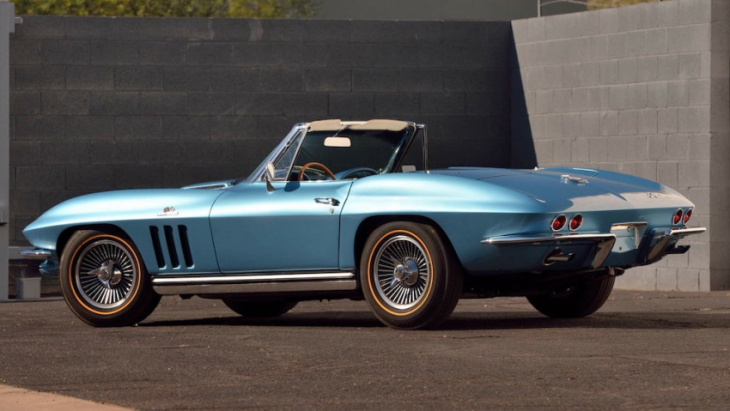 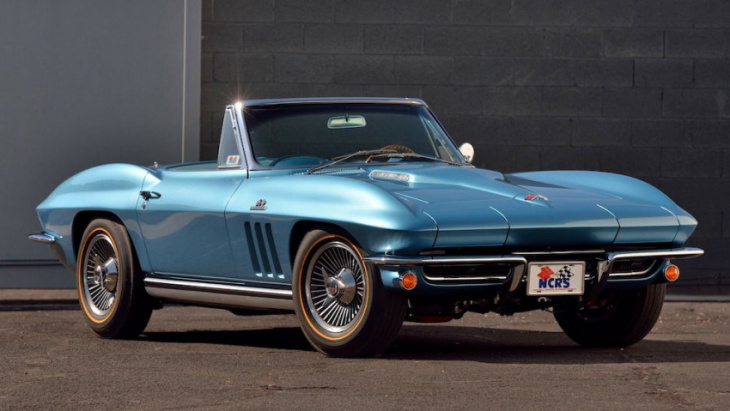 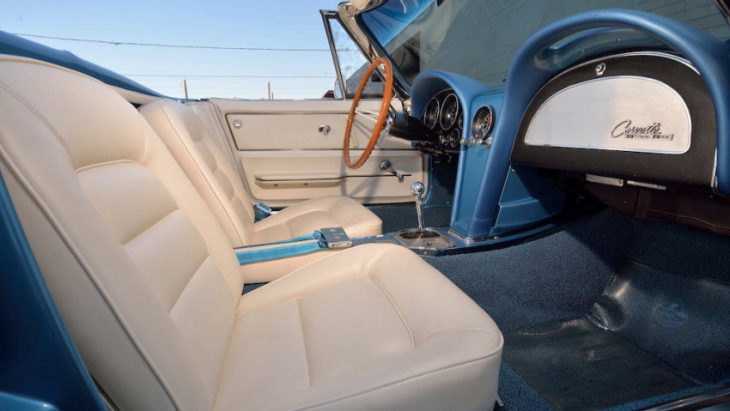 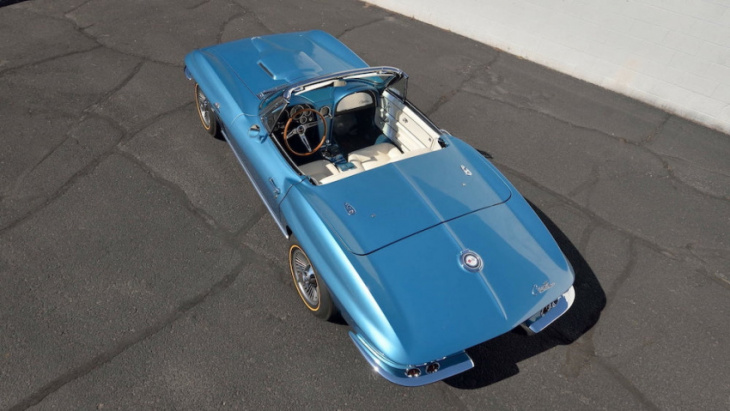 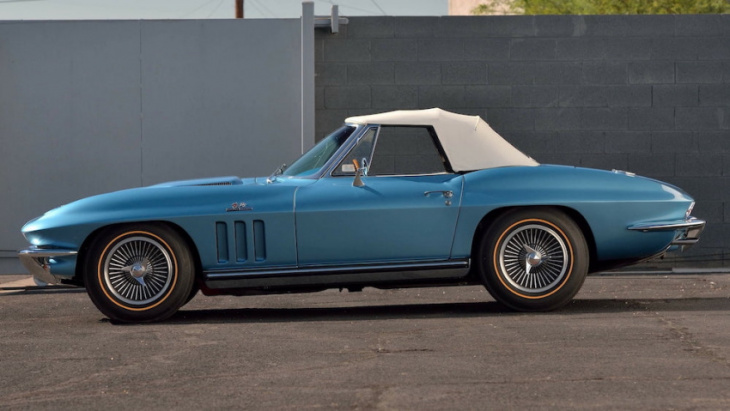