A general admission ticket costs $525 for the most celebrated, exclusive, prestigious car show in America. This is who you see there. 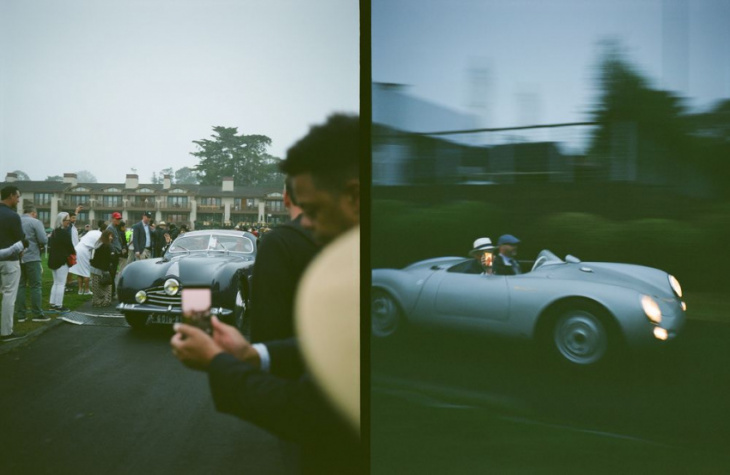 I stumbled out of my ride to the Pebble Beach Concours d’Elegance somewhere around 5:30 in the morning, long before sunrise, if you could call it that. Before me stretched the most expensive traffic jam anywhere on Earth.

“It’s been a 3000-mile journey,” James Cottingham of DK Engineering says, first in line of what might best be described as overflow parking, a second level of cars waiting to get past the gate to get into the line that gets you onto the 18th hole of the Pebble Beach golf course. He is standing beside the Ferrari 275 GTB/6C (that’s 6C for six carburetors) his shop DK Engineering has spent the past two years restoring. “It’s taken us two weeks,” he jokes, “getting new clothes ever day we stop. We came through Russia, actually. The Bering Strait was rough.”

An original Voisin C23 with an exceedingly rare Graber body was maybe better said to be part of the preservation business. The Dutch shop that kept the car, purchased out of the south of France from a wealthy old family, kept it as original as it could, down to cracked paint and torn upholstery. Everyone there was all smiles and jokes. 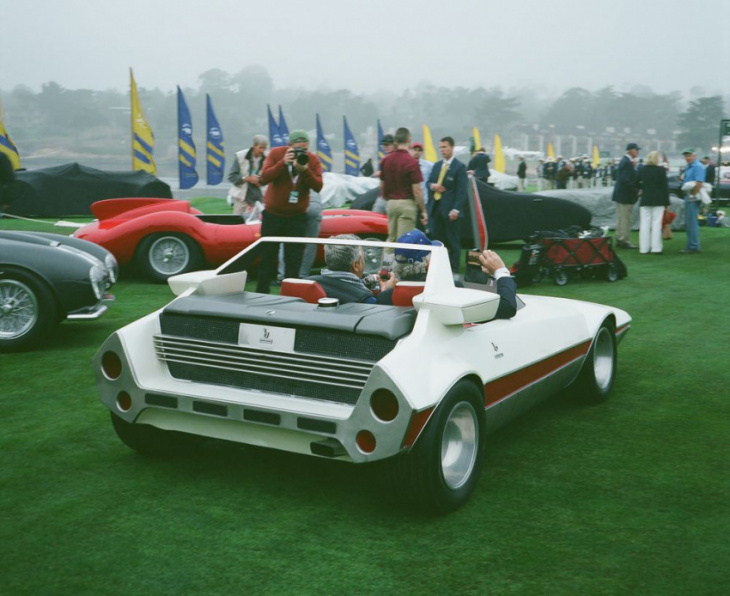 A Renault Le Mans car, struggling to start for what must have been 10 or 15 minutes, was a more dour affair. The family team attempting to get the V-6 to fire had so much starting fluid on hand they kept it in a Windex bottle. Each of the six intake trumpets would fill up with fluid, the car would crank until it ground out, and then they’d fill the trumpets back up again. I left before it burst into life across the green, roaring over a fast-assembling herd of onlookers.

Those early hours are sweet. Two guys in a one-off Bertone concept car based on an Autobianchi slowly ambled to their parking spot, both FaceTiming with people back home, loudly chatting away in Italian. 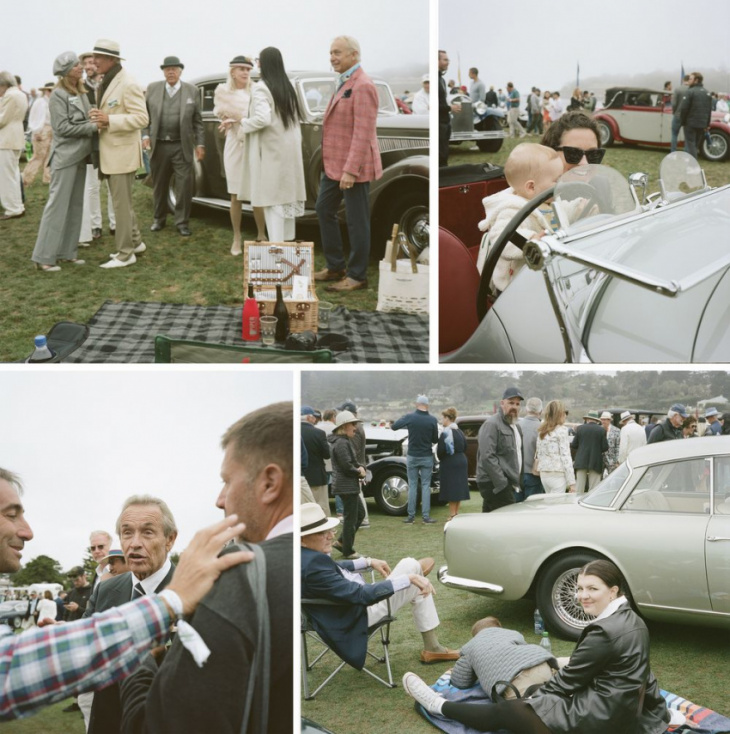 As the day wore on, the small collection of owners, restorers and gathered die-hards seemed to fade into growing crowds, wide hats blocking faces. An old Lincoln, six-up, honked its way to where it needed to park, trying to clear a path.

In moments the seas of people would part, and a familiar face would emerge. Above is Jacky Ickx, one of the greatest drivers of all time, an F1 legend, a Le Mans legend, a legend at many other races that youths don’t know about anymore. Those bright eyes have seen the old Spa from the driver’s seat, raced sports prototypes and F1 cars alike on the Nordschleife, all wicked and dangerous.

David Coulthard spotted me from afar nabbing a snapshot through another Pre-War vehicle. He, too, has seen some shit, for a time holding the record for the fastest speed in an F1 car, hitting 224 miles per hour at Monza in 1999. The Concours is a more leisurely moment.

The crowds kept growing around lunch, and I started to look for an exit. I passed McLaren boss Zak Brown as I left, while some F1 fans stopped him for a photo. I’d seen him racing a Jaguar Group C car at the Monterey Historics the day before, and not seen him, presumably, attempting to schmooze as many rich clients as possible through the rest of the weekend. 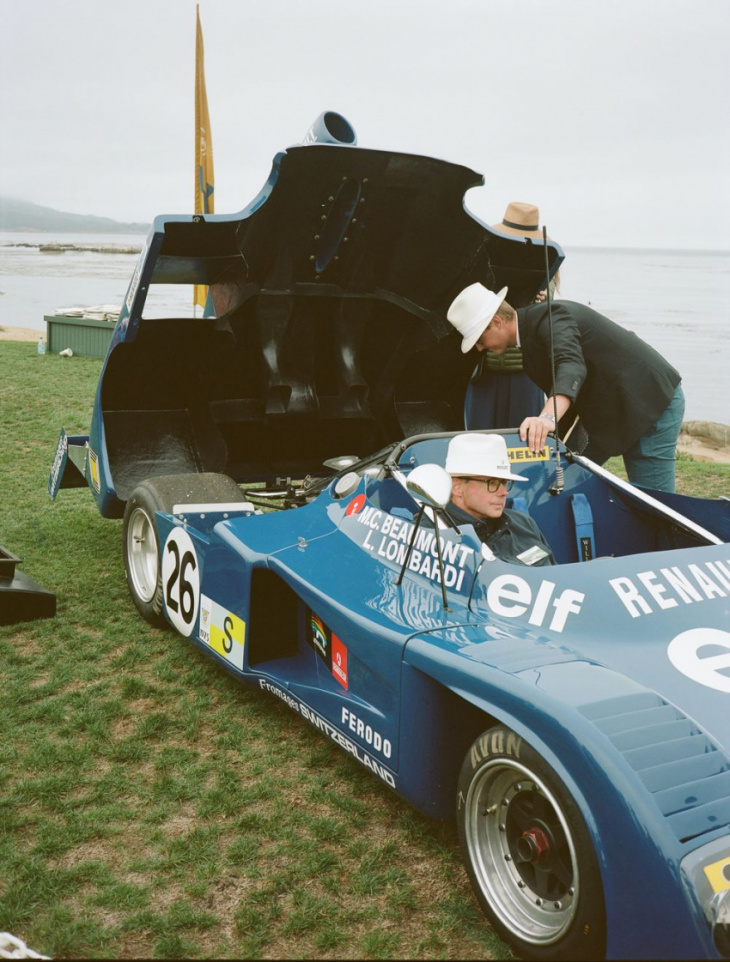 Glamorous as Car Week is, this amount of money and class is a big part of the hypercar industry. This is where car companies meet their most discerning customers and get them to place orders for their most expensive, low-volume models. Like me, like the restoration shops in attendance, Zak Brown was working that day.

“That’s the guy who works for Aston Martin” another onlooker whispered to their friend beside me, as I filed my way out.