Parking tickets soar to record levels as private firms dish out 30,000 every day 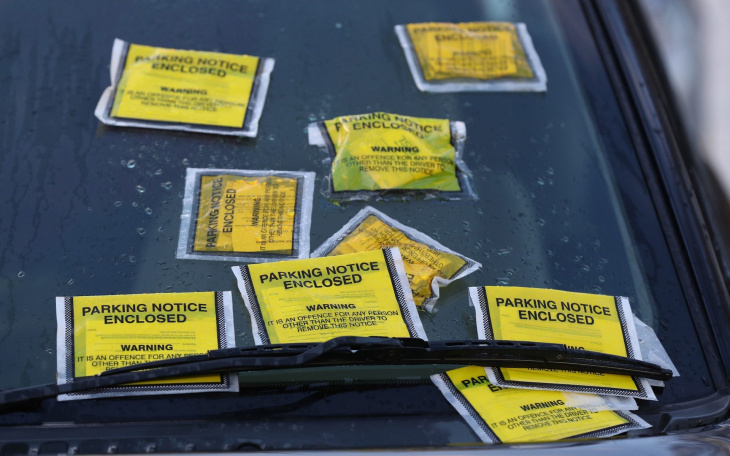 Private parking firms have handed out 50 per cent more tickets than last year, it has emerged amid calls for a crackdown on the “cowboy” industry

Private parking firms have handed out 50 per cent more tickets than last year, it has emerged amid calls for a crackdown on the “cowboy” industry.

British motorists are now being issued an average of nearly 30,000 tickets each day, analysis of Driver and Vehicle Licensing Agency (DVLA) data has found.

The number of fines issued increased from 1.8 million between April and June last year to a record 2.7 million during the same period this year, after a major government crackdown to keep “cowboy private parking firms in check” was withdrawn.

Motoring research charity the RAC Foundation claimed it is “inconceivable” that so many drivers are intentionally breaking parking rules.

The private parking firms have now been accused of “entrapment” by using misleading and confusing signage, aggressive debt collection and unreasonable fees.

RAC Foundation director Steve Gooding said the increase in tickets can be attributed to the “booming” private car park management sector, adding that it is “big business which is attracting more entrants all the time”.

He said: “The attraction can only be one thing – the chance to make significant profits before the government brings in changes, which now appear delayed, to level the playing field.”

The firms operate on private land such as supermarkets, shopping centres, leisure facilities, NHS Trusts and motorway service areas. Each ticket can cost drivers up to £100.

Mr Gooding added: “It remains inconceivable that, annually, millions of motorists are setting out to run up these tickets of up to £100 each, especially when household budgets are so tight. This latest data is a sign of a system that is broken.”

Brian Gregory, the policy director at the Alliance of British Drivers lobby group, told The Telegraph: “The motorist is the prime target because almost all contraventions are effectively a victimless crime.

“The only victim is the person who’s committed it because the signage is confusing them into a situation where they usually unintentionally contravene the regulation.

“The more confusing, the more inaccurate, the more poorly designated and lined-out you can make these traffic signs, the easier it is to entrap people.”

While the starkest drop in tickets was seen in 2020 due to the pandemic, during which a total of 0.5 million were given out, the record number handed out this year is being attributed to “revenue raising”.

Mr Gregory added: “The figures speak for themselves…They’re interested in revenue raising, it’s symptomatic against a regime that’s really loaded against road users to make their lives a misery and to make as much money out of them as possible.”

The record number of tickets comes as the Government’s long-awaited Code of Practice – aimed at eradicating some of the worst practices in the private parking sector in order to protect drivers – was withdrawn following legal action by parking firms.

The code of practice, which was due to come into force across Britain by the end of next year, stated that the cap on tickets for some parking offences should be halved to £50.

The withdrawal pending a review of charges could lead to a further delay in its implementation.

The scale of the parking fines this year was revealed in figures that show the number of times private parking companies obtain records from the DVLA in order to chase vehicle car owners for alleged infringements.

The DVLA charges private firms £2.50 per record, but insists it does not make any money from the process and only recovers its costs.

A spokeswoman for the Department for Levelling Up, Housing and Communities said: “We recognise there have been unacceptable practices by a small number of cowboy companies.

“We will introduce our Private Parking Code of Practice as soon as possible to help tackle this issue and protect motorists.”

Some 176 parking management businesses requested vehicle owner records between April and June, up from 151 during the previous 12 months.