The grand tourer goes from mile muncher to corner carver. 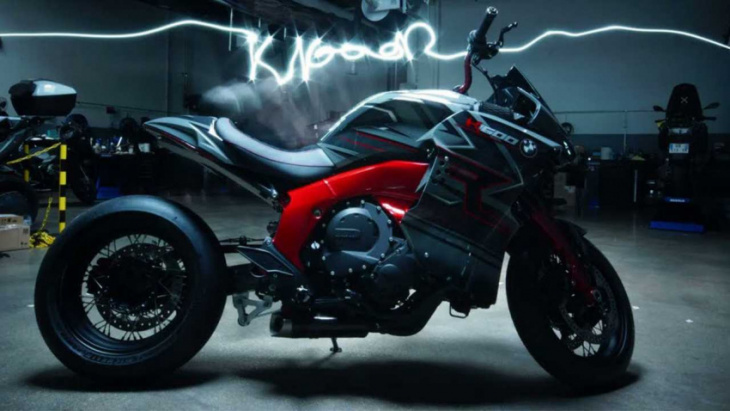 While the range is ready to handle the rigors of the open road, France’s BYmyCar BMW Motorrad dealer wanted to take the K 1600 GT in an entirely new direction. The shop bid adieu to the bulky back end and cavernous panniers. Now, a new subframe and a single-seat tail unit sharpen the Beemer’s silhouette, showing off the lengthy single-sided swingarm and slick-shod rear wheels. 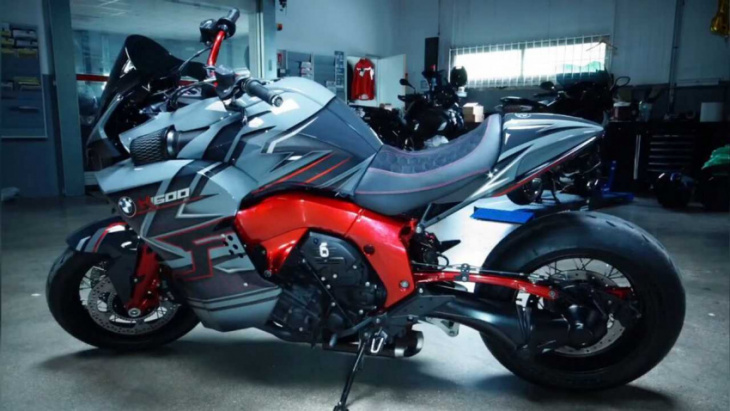 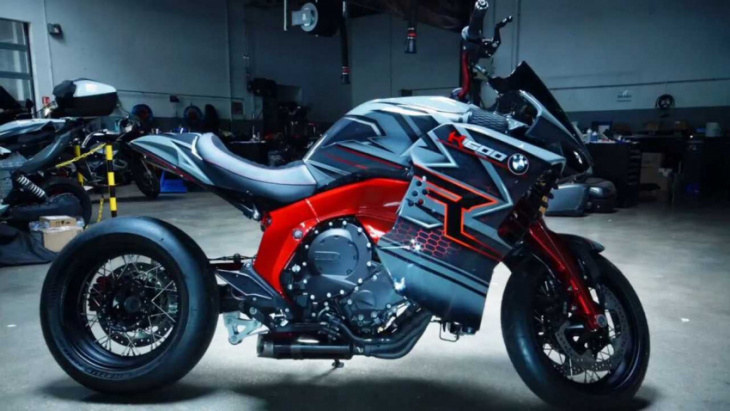 The super-smooth inline-six engine remains the centerpiece but a candy apple red-painted frame calls even more attention to the mighty mill. While unencumbering the bagger’s back half amounted to a quick chop job, BYmyCar couldn’t just lop off critical equipment at the front end. The K 1600 R can still go the distance with its 7-gallon tank, but the surrounding bodywork captures the custom’s new sporty ambitions.

The aggressive design language of the front fairing looks like an oversized version of the S 1000 RR’s fascia. The wrap-around bodywork builds upon those racy foundations with enormous slatted air scoops that lead up to two exposed high-flow air intakes. A tall set of handlebars places the cherry on top of the performance-oriented chassis.

After BYmyCar’s extreme fat trimming, the K 1600 R weighs in at 530 pounds, saving more than 220 pounds on the stock trim. The Beemer benefits from that crash diet while maintaining its 160 horsepower and 132.7 lb-ft of torque. A new unslung exhaust not only sings the sweet gospel of BMW’s 1.6-liter six-banger but also lightens the visual and physical load.

To match all that sound and fury, the Parisian dealership coats the grand tourer gone roadster in a modern gray paint base with sporty slate and red graphics. At €65,000 (~$64,800), the K 1600 R is anything but a budget-conscious naked bike, but the tourer turned svelte standard sure is one of a kind.