Pagani has taken the wraps off its highly-anticipated follow-up to its Huayra supercar with the unveiling of the Pagani Utopia. It comes packing all the trademark eccentricities we’ve come to expect. 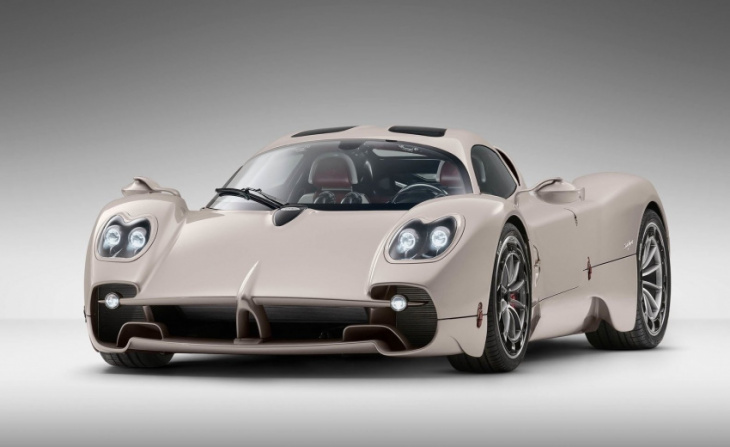 Pagani says that the design brief for the Utopia was simple: simplicity, lightness and the pleasure of driving. These are all at the forefront of its design while bucking any semblance of digital trickery in the package.

The Utopia’s styling is probably best described as evolutionary, rather than revolutionary, in terms of the familiar language for the front and rear ends, the iconic quad tailpipe exhausts and the rear wing that spans from the taillights. 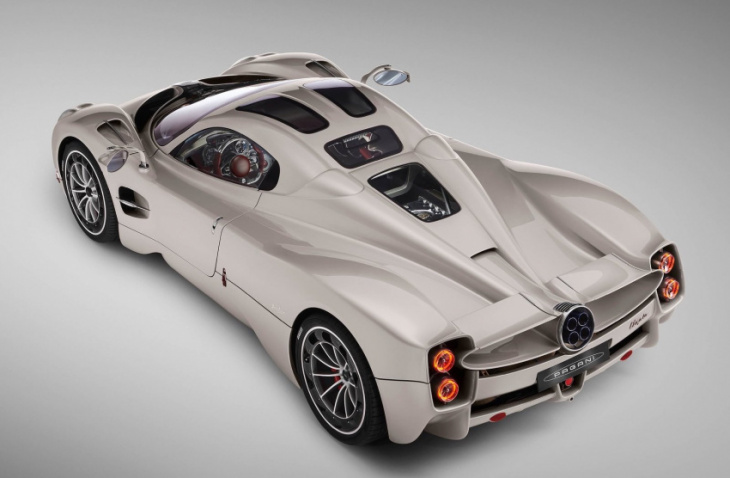 That bodywork, though, is now constructed from what Pagani calls “A-class carbon fibre”, which is apparently 38 per cent stiffer than standard carbon fibre of the same density, while the titanium quad exhaust system weights just 6kg.

All up, Pagani says that the Utopia weighs just 1280kg thanks to its exotic carbo-titanium monocoque platform and the use of chromoly steel for the construction of its front and rear subframes.

That 1280kg weight figure is made even more impressive by the fact the Utopia comes powered by a Mercedes-AMG 6.0-litre V12 with two turbochargers, producing 635kW at 6000rpm and 1100Nm of torque between 2800-5900rpm. Unfortunately, we don’t have any 0-100km/h sprint times or top speed claims from Pagani just yet. 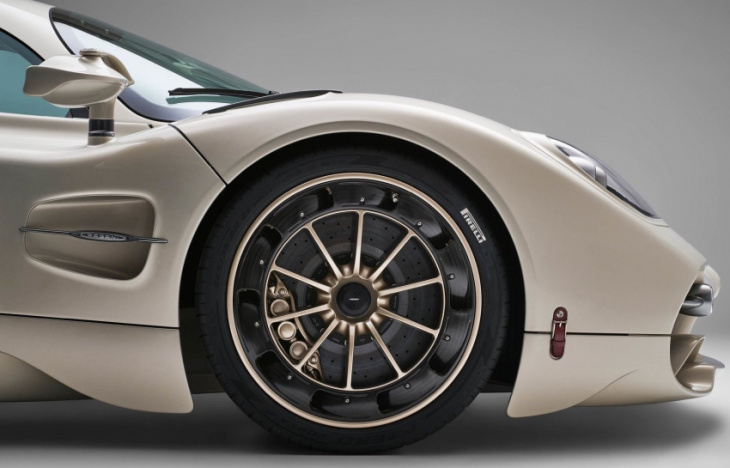 Pagani is offering buyers the option of a seven-speed manual or a seven-speed automated-manual transmission for the rear-wheel drive system. The rear axle receives an electro-mechanical differential for some sideways action.

Underneath, there’s a set of forged aluminium double wishbones with electronic shocks, and a set of six-piston front and four-piston rear brake calipers supplied by Brembo.

The Utopia comes riding on a set of 21-inch front and 22-inch rear alloy wheels with a clever carbon fibre turbine design that extracts hot air from the pads and calipers to help keep the brakes cool under harsh driving, with unique Utopia-spec Pirelli rubber wrapping around the wheels. 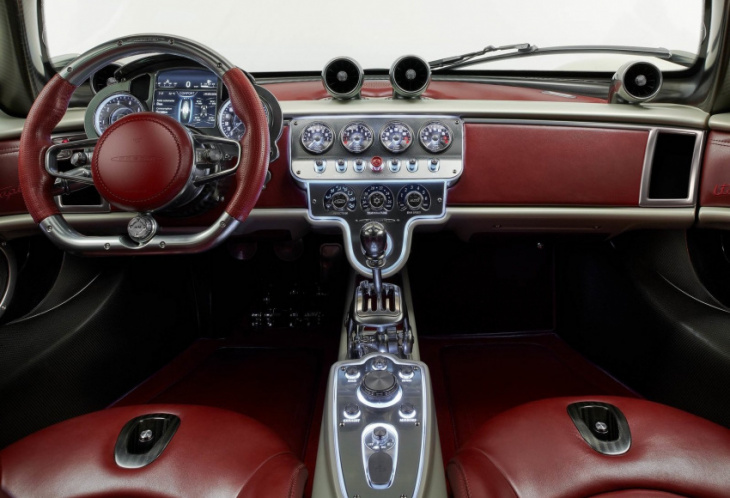 Inside, you can see that Pagani is sticking to its guns when it comes to bespoke and radical interior designs, with the Utopia offering a blend of leather and machined metal that you won’t find in any other car.

The gated shift lever floats proudly between the driver and front passenger, with a heap of the switchgear milled from a single piece of metal and a noticeable absence of large infotainment screens.

Instead, Pagani has fitted the Utopia with a small display for the driver and an array of physical switches in order to keep the driver’s attention on the road ahead.

We reported on the release of Pagani’s then-C10 prototype when it was spotted testing on public roads in Italy ahead of its official debut yesterday, with the company confirming that just 99 units of the Utopia will be produced in the coming years. 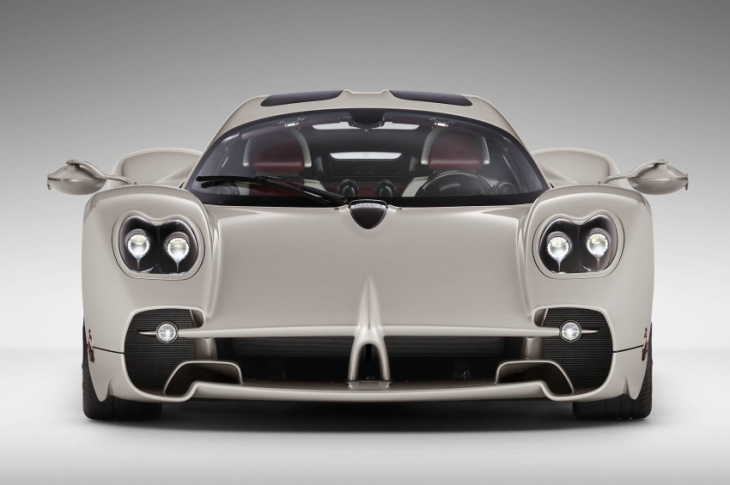 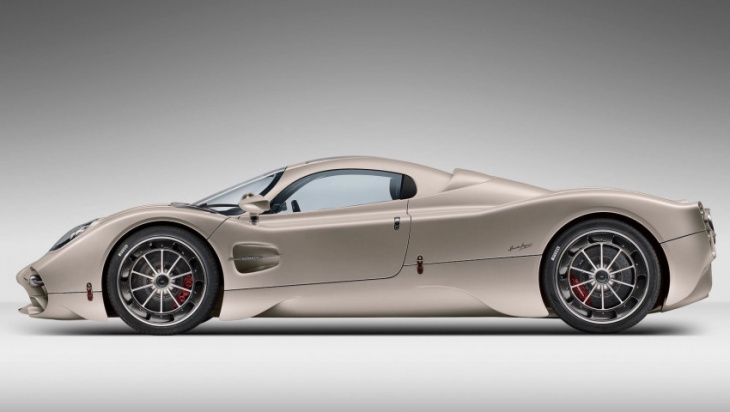 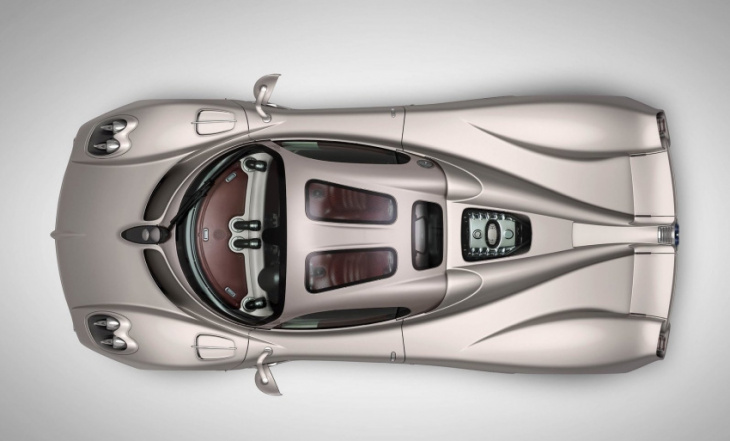 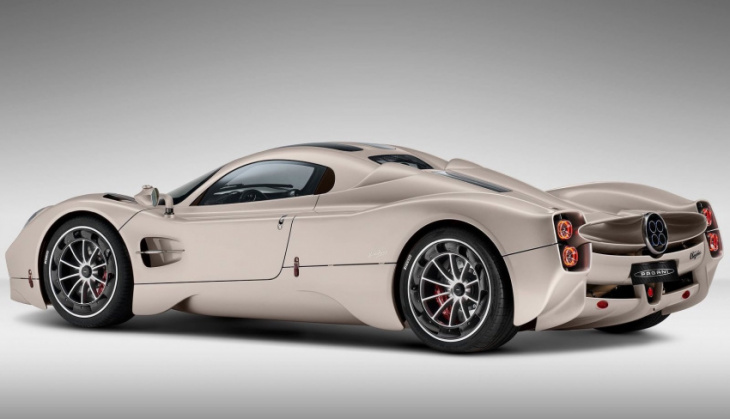 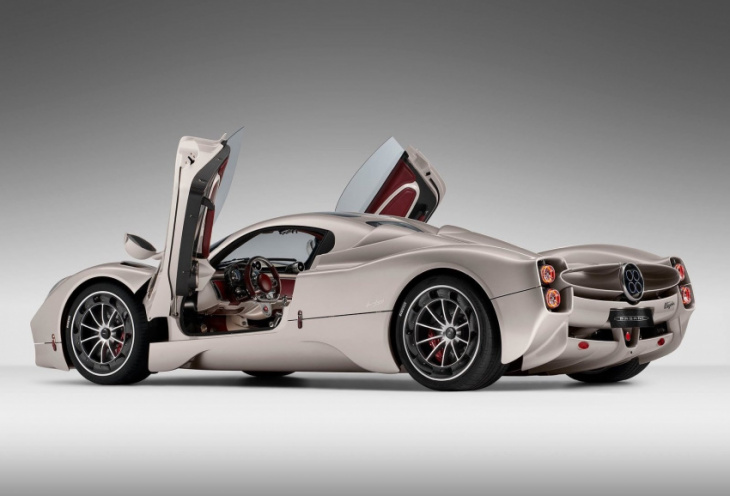 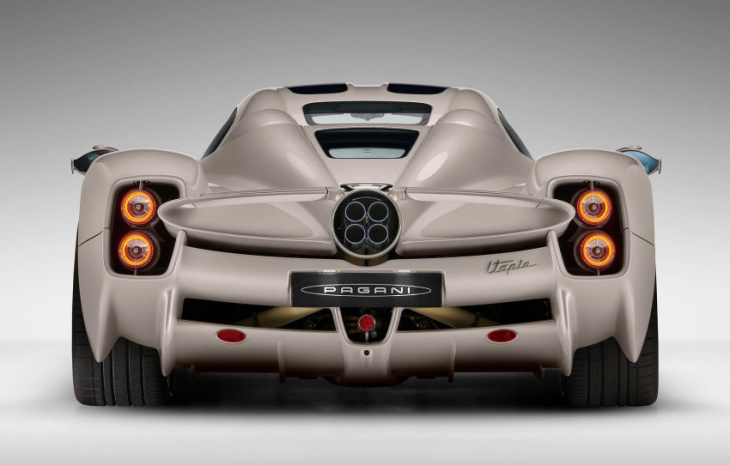 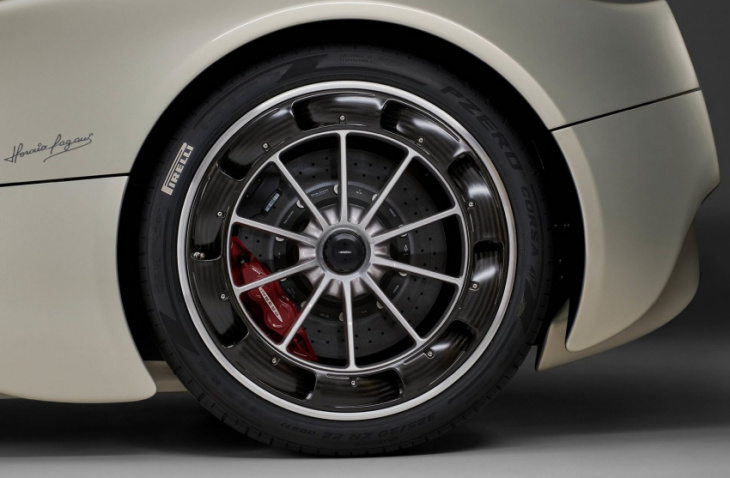 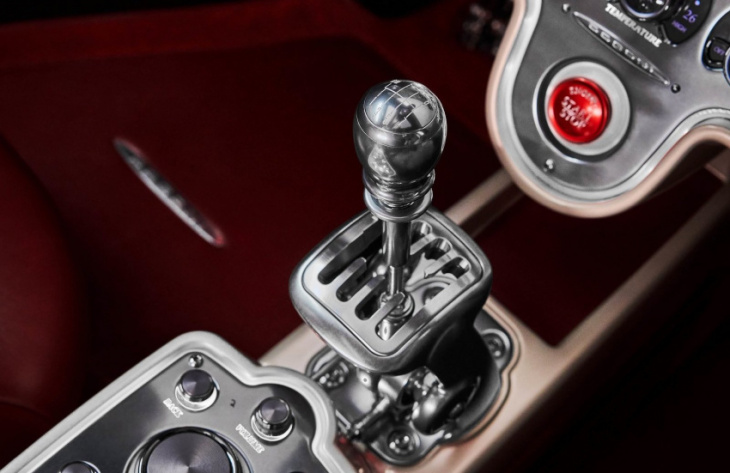