We’ve all been waiting for it and now here it is, the third major chapter in the history of Pagani Automobili. The Modena marque’s third model in as many decades, following the Zonda and the Huayra, is called the Utopia. 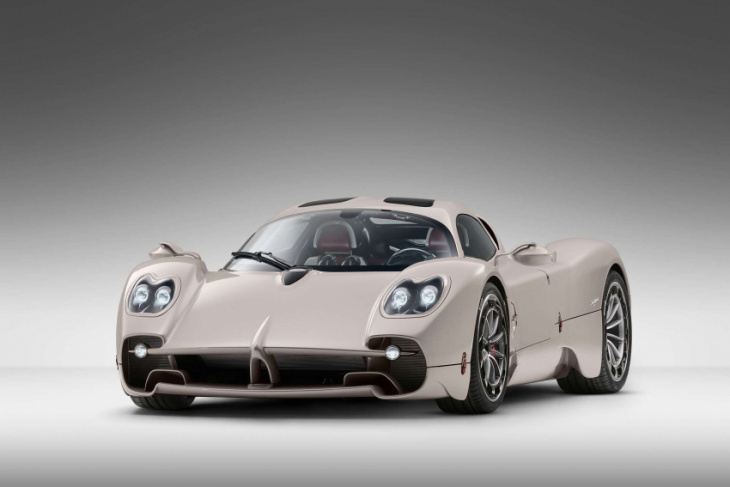 That’s the official name of what has up until now been referred to as the C10. Utopia – easier at least to spell and pronounce than Huayra – is a reference to the book by Philosopher Thomas More from the year 1516. In the book and ever since, Utopia has been a byword for a place of perfection that doesn’t actually exist. In Pagani’s view, the concept and this car, do exist for those that look hard enough to find it. Make of that what you will, though in the case of the car, having £2million+ to spend helps too.

So how does the Utopia differ from the Huayra? How have the goals of this car changed by comparison to its predecessor? Put simply and what is perhaps evident in the semi-passe design, a more ‘classic’ experience, with an emphasis on driving pleasure, simplicity and lightness. These were in fact requests from the company’s nearest and dearest customers when canvassed on what they wanted next from Pagani. 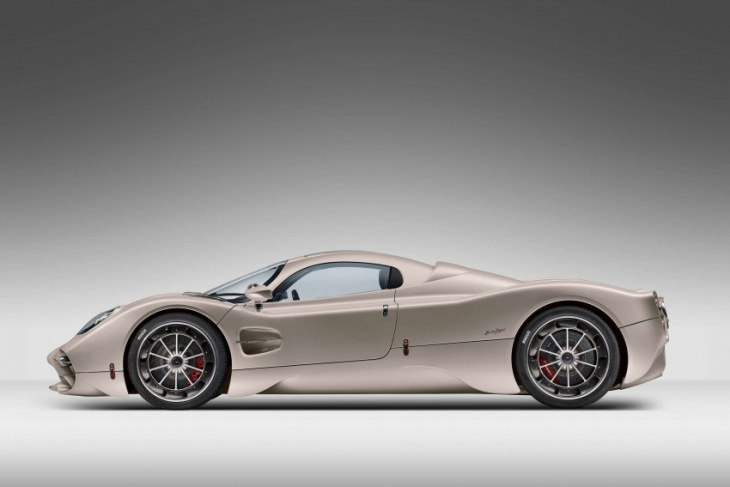 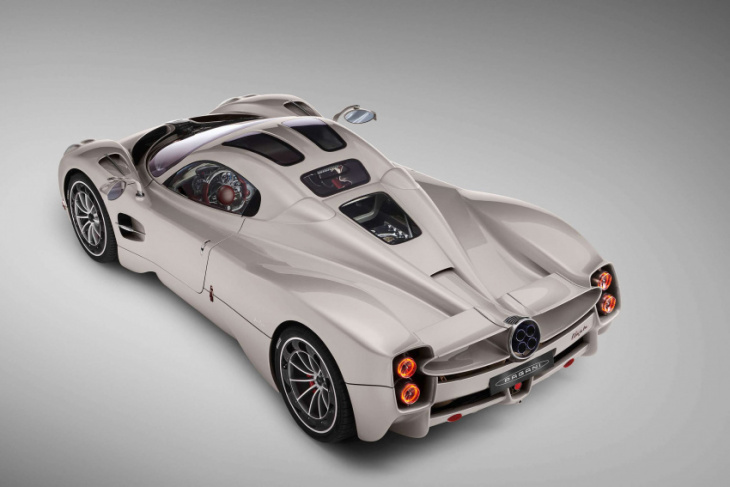 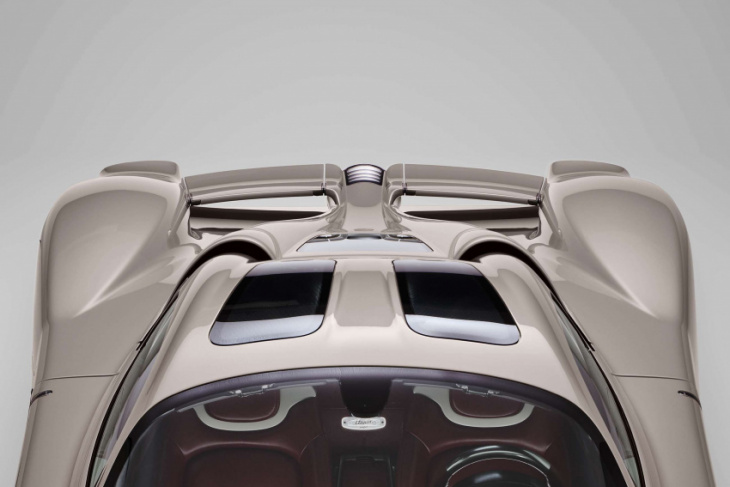 Let’s get the meaty stuff out of the way first. The Utopia retains an uprated version of the Huayra BC Roadster’s 6.0-litre twin-turbo Mercedes-AMG V12, boosted to 863PS (635kW) and 1,100Nm (811lb ft) of torque. It revs higher, is more versatile in the rev range and remains emissions-compliant the world over. It should be blisteringly fast while not sounding as good as the Zondas of old.

It’s what it’s connected to it that’s the big news. Per customer requests, Pagani will offer an all-new seven-speed manual transmission option, alongside a seven-speed single-clutch automated manual, developed by Xtrac, which is claimed to be the fastest-shifting a helical-geared ‘box can be. These send all of that power and torque to the rear wheels via an electro-mechanical diff. 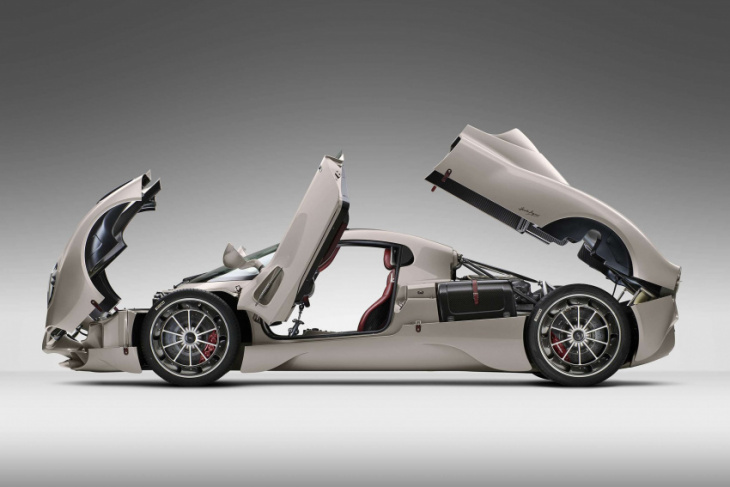 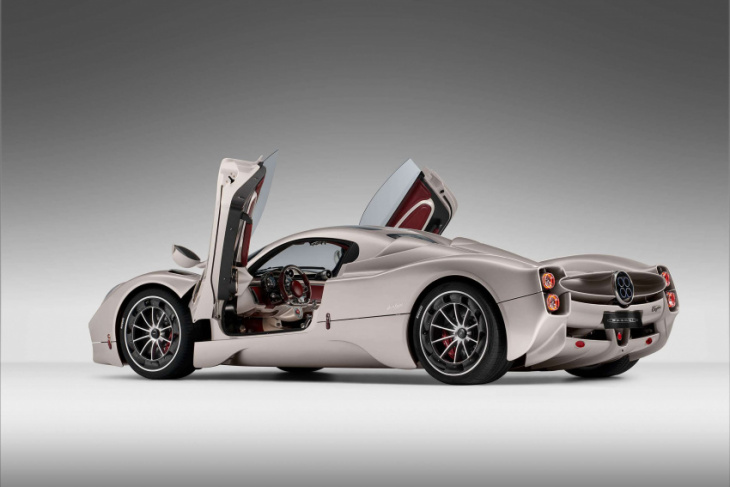 The dry weight is stated at 1,280kg, meaning mid to high 1,300kg for kerb, near enough matching the original Huayra. There’s a new carbon-titanium tub with tubular front and rear subframes. The bodywork is made of a new 38 per cent-stiffer carbon fibre weave. Speaking of the bodywork, how do we feel about the Utopia in terms of looks?

The muted gold is a curious colour to debut, though it does put Da Vincian sculptures in mind. Curious for Pagani too given he made his name in the stuff, is the utter lack of exposed carbon fibre in the specification of this car on its debut. 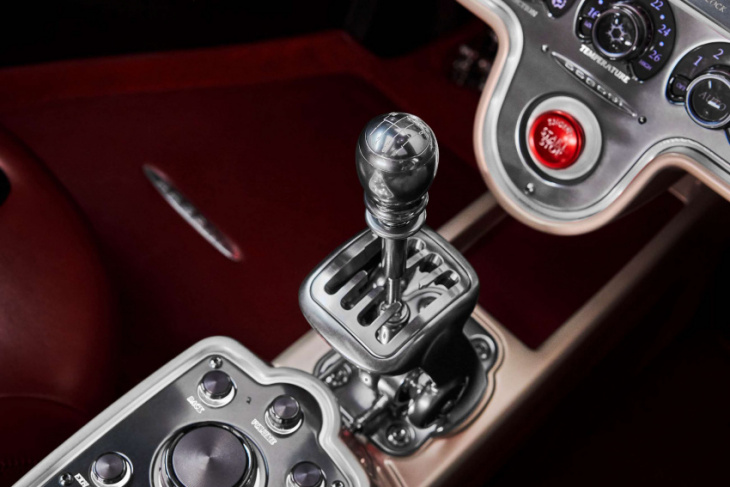 Overall, the Utopia shirks many of the curvier elements of the Huayra in favour of more chiselled Zonda-esque lines, particularly on the haunches. Down low there are sculpted elements to feed the air where it needs to go, around the monocoque and into the underfloor. There are twin multi-function LED lighting elements that are more Zonda-like, replacing the Huayra’s quad units, though unlike both they are now fared in behind light covers. Strange too are the rather architectural street lamp-style ‘hanging’ wing mirrors.

The bulbous fighter-style cockpit continues, with the gullwing doors of the Huayra now replaced with Huayra R-style ‘butterfly’ items. It also gets Huayra R-esque shoulder inlets for the engine. Side-on it’s very Zonda, minus the wing, with the shape of those sculpted skirt elements reminiscent of the inlets and outlets on the original Pagani’s skirts. 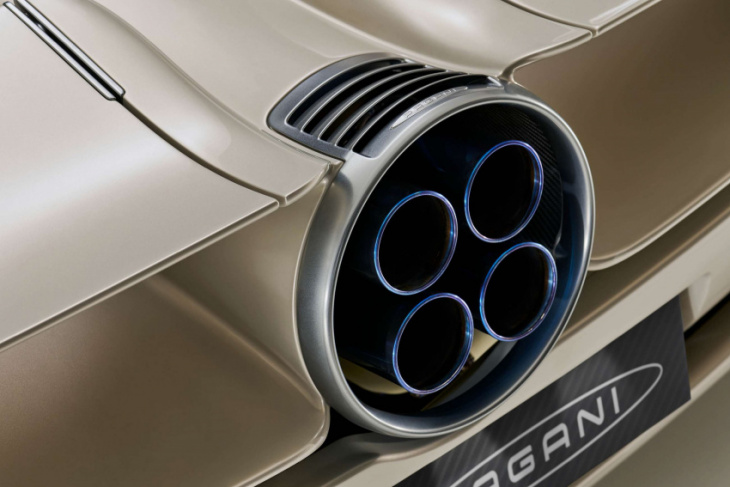 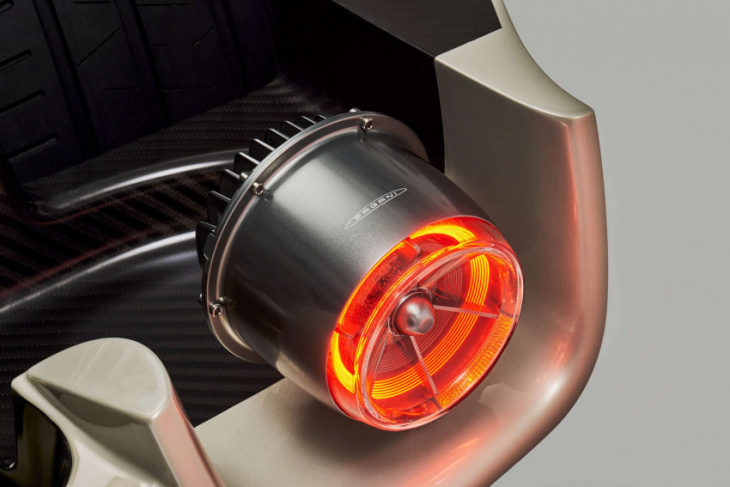 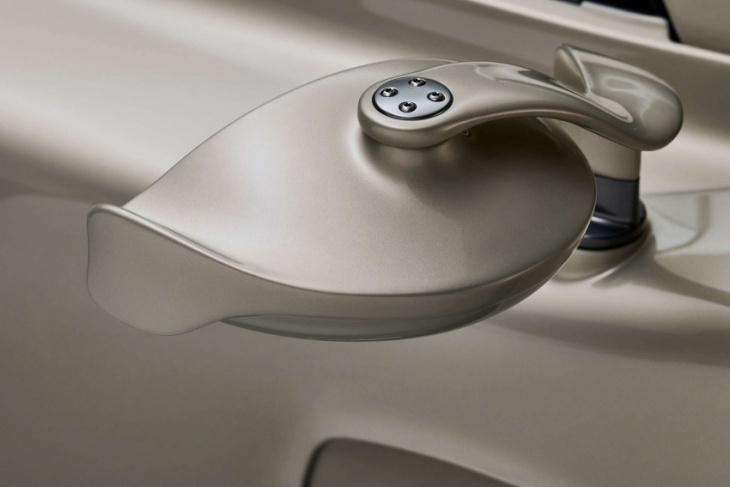 The rear is perhaps the most reminiscent of the Zonda, with twin lights stacked atop each other within similarly shaped areas. The difference here is that those areas are hollow, evacuating air from the rear of the car. The prominent oval element in the middle is similar to that of the Huayra, only this time it essentially serves as the car’s wing, with integrated active ‘flap’ elements. That also means the signature quad tailpipe design sits within too, returning inside the Zonda’s circular trim piece that the Huayra skipped. There’s a prominent diffuser down below, with gaps teasing the Utopia’s ceramic-coated exhausts.

On the inside, as with the outside, much of the carbon has been ditched, as have the oval themes of the Huayra. In the Utopia, we’re met with an oddly bluff dashboard with art deco dials and switches. The pod-like vents remain, albeit on top of the slab-like facia, while the new manual shift knob is prominent with an exposed linkage and suspended gated shift. Media controls are then set behind that, with a number of nicely lit switches. 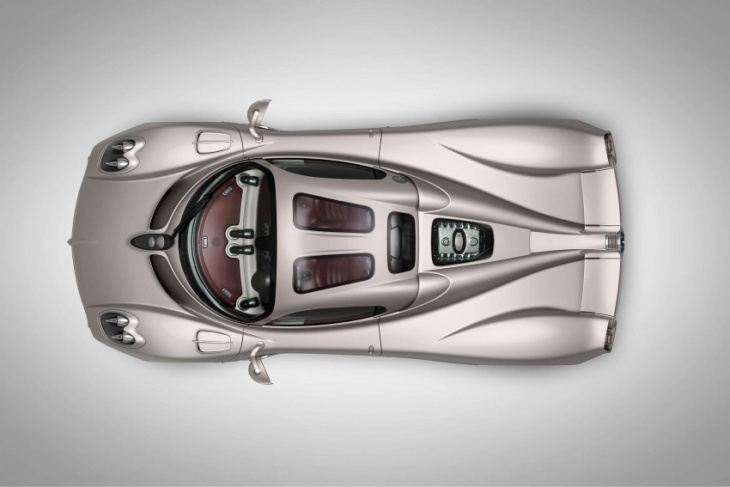 There’s a new wheel with lots of leather, metal and negative space, with a drive mode selector in the middle at the bottom and buttons either side. Unlike the Huayra, the only screen to be seen is between the rev counter and speedo, visible through the wheel.

So what do you think of the Utopia? Is this the next chapter in the Pagani story you were expecting or hoping for? We’re enjoying most of the retro looks and the return of the manual for sure – ditto on the Koenigsegg CC850 – though some of that Da Vincian styling might take some getting used to.

Just 99 Utopias are to be built at over £2million each. Given Pagani’s expansion and increased production capacity in recent years, that number of cars should all be with their owners within the next two years. As it’s Pagani and given these ought to be out the door in short order, expect numerous follow-up versions – a Roadster included – special editions and more, as this new decade for Pagani unfolds.