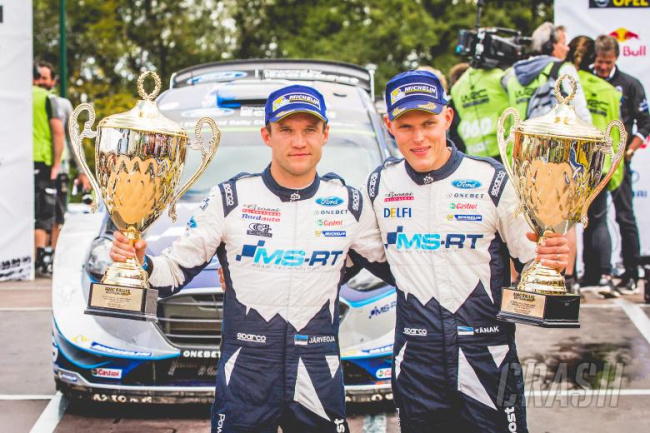 Ott Tanak believes joining forces with M-Sport for the 2023 World Rally Championship season is the right call and one that represents his best chance of winning the drivers’ title for a second time.

Tanak and co-driver Martin Järveoja effectively fill the void that has been left by Craig Breen and James Fulton who moved in the opposite direction to Hyundai Motorsport at the end of last month.

This morning’s announcement ends weeks of speculation the Estonian duo could return to the UK squad having last represented them in 2017.

Their performances that year netted seven podium finishes including victories on Rally Italia Sardegna and Rallye Deutschland with this instrumental in clinching the manufacturers’ title.

“M-Sport is the place that raised me as a driver and the place that taught me all the hard lessons and experience to become a top level player in the World Rally Championship,” said Tanak.

“Since becoming a world champion I have not been able to defend the title, and I will not be able to make peace with myself until I do. I have had many discussions with Malcolm and we definitely share the same ambition for the upcoming season.

“It is going to be a big challenge for us, but I know the people at Dovenby Hall, I know what they are capable of and with their passion to give everything they have, we can challenge for the championship. I’m happy to be back at M-Sport Ford World Rally Team and we will give our everything next year,” he added.

Team Principal Richard Millener feels the lessons learned with the Puma Rally1 during the course of the 2022 World Rally Championship campaign puts them in a much stronger position to challenge for top-three finishes on every round, and that Tanak is “the right person to drive it to get the results we know we deserve”.

Malcolm Wilson – M-Sport’s Managing Director – has made no secret about his desire to bring the 2019 title winners back to Cockermouth after they became free agents.

He confirmed that Tanak and Järveoja have already had the opportunity to test the Puma Rally1 at their Greystoke Forest test facility and that “from Ott’s initial feedback we are confident we can challenge for the World Championship in 2023”.

“It fills me with tremendous happiness and joy to see Ott back here with us at Dovenby Hall, I have followed his career closely since his junior days and I’m very proud to have been a part of his achievements in the last decade,” said Wilson.