When patents are applied for in China, they soon appear in its Ministry of Industry and Information Technology publications. That is why these images of the 2024 Lincoln Nautilus showed up today. Lincoln is doing a new design to replace the previous Nautilus, which debuted in 2018. With it being a tweener, that is, between the Navigator and Corsair, it needs to stand out. That, or at least ape the visual cues of its siblings. Thus, the new 2024 Nautilus.

How did Lincoln improve the Nautilus? 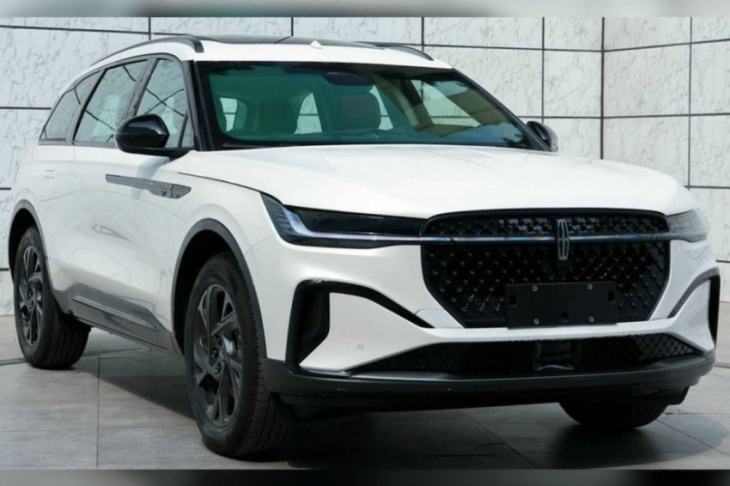 Overall, the new design gets crisper and kills the emphasis applied to the previous version’s fenders. The design line below the beltline is crisp, running the length of the side. But the Ford fender vent thingie that has been prominent on many of its designs, including the F-Series trucks, just kind of floats on both the fender and door. It’s just this thing bonked onto the Nautilus.

But look, Ford designers had to make the Nautilus distinct from its Ford Edge origins. So why not stick this thingie onto it? So kudos go to those designers. At least the thingie looks like it does something. What that is we don’t know, which adds a bit of mystery to it.

Does the Lincoln Nautilus look different from its Ford Edge origins? 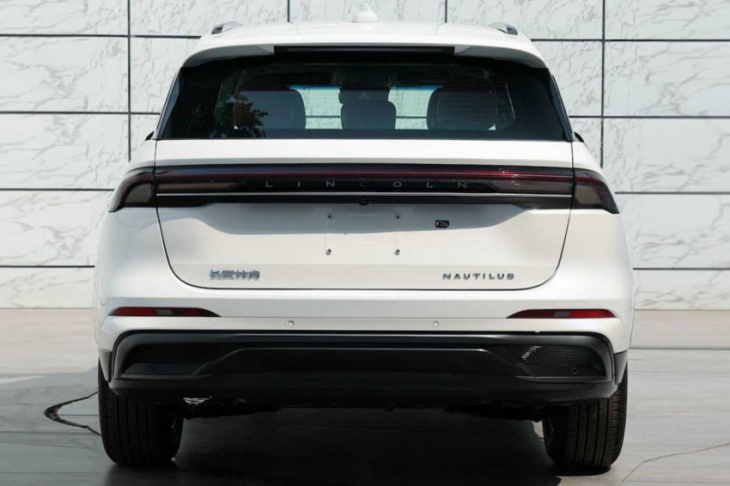 In front, it gains a Corsair grille and emboldens the trend of slim LED headlights. They even appear to continue running through the grille, so this illuminated detail defines the front. At least, at night.

It looks like shiny black as an accent color denotes top-of-the-line. The color black covers everything that bolts onto the Nautilus, like the grille, wheels, rockers, and that thingie on the sides. Especially, against the white paint of the subject Nautilus, it makes for a striking contrast.

In the rear, we’re at a loss to bring you much beyond what it is. What is it? Well, the somewhat generic expanse of taillight with the maker’s name placed into it so that when lit it announces who built it. That’s probably good because otherwise, you might confuse it as a Rivian or Audi Q8. Maybe when turned on the taillights do a Disney light show.

When will the Lincoln Nautilus debut in the U.S.? 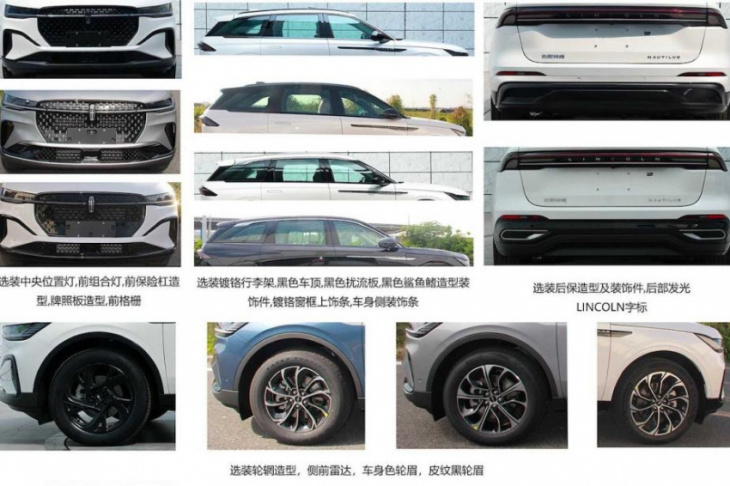 But this is calculated to be what buyers in this tweener segment crave. And we’re sure Ford has the clinics to prove it is what everyone wants. However, the “everyone” that Lincoln is aiming the new Nautilus at may not be in this country.

Because this has been applied for in China, that is where this Nautilus is headed. But it may see changes before it launches in the U.S. As always, Ford is not saying one way or the other. Ford designs for certain regions, and China and the U.S. aren’t anywhere near each other.

What else is curious is that Ford won’t be making its Edge moving forward. And the only business case these models make is production numbers. So the more variations produced, the better the chances of production. With the Edge gone in the U.S., this new Nautilus may never make it here.

The 2022 Lincoln Navigator Is a Road Trip Masterpiece

Photo: D.Boshouwers 2022 Lincoln Navigator and 2022 Cadillac Escalade – Profile In 2022, there's a lot of talk about electric vehicles, hybrids, fuel-efficient vehicles and whatnot. There’s a little less talk about big vehicles with big engines, that consume a lot of gas and are not particularly friends of ...

How Much Is a Fully Loaded 2023 Lincoln Navigator?


View more: How Much Is a Fully Loaded 2023 Lincoln Navigator?

Lincoln’s largest SUV boasts a new look and, for the first time, a hands-free driver assist.

2023 Lincoln Corsair Gains Some Tech but Loses Its 2.3L Turbo

Dealers with Ford and Lincoln vehicles under one roof will have to invest in each to sell their EVs.


View more: Lincoln Dealers Have Until Dec 15 To Decide On $900k EV Investment

This means that a dealer selling both Ford and Lincoln EVs might have to spend more than $2 million to sell EVs beyond 2023.

Lincoln is telling its dealers to invest in upgrades to sell electric cars or bail out of the brand now. Details of the policy, which appears similar to what parent Ford is doing with its dealers, were first reported by Automotive News (subscription required), but were confirmed to Motor ...

The Worst Lincoln Ever Made

Is the 2023 Lincoln Corsair an Underrated Luxury SUV?

Lincoln Will Not Offer Buyouts To Dealers Nor Adopt Ford's Strategy

The new Lincoln Corsair will handle highways for you

Ford Expedition, Lincoln Navigator recalled for fires under the glovebox

2023 Lincoln Aviator Black Label: Does This Luxury SUV Have the Last Word?

Beauchamp Breaks Away At Lincoln Park

The Lincoln Model L100 Is a Wild Electric Show Car

See How The 1970 Imperial Trashes The Lincoln Continental

Not 1 Lincoln SUV Is Recommended by Consumer Reports

2023 Lincoln Aviator Standard: Is the Base Model Really a Luxury SUV?

2023 Lincoln Aviator Reserve: One Step up Adds More to This Luxury SUV