Kia has a lot of popular sport utility vehicles on the market right now, one of which received a critical safety award this week. The 2023 Kia Sportage SUV received the Insurance Institute for Highway Safety (IIHS) Top Safety Pick award, but only on two trim levels. What caused this Kia SUV to miss out on the better award? 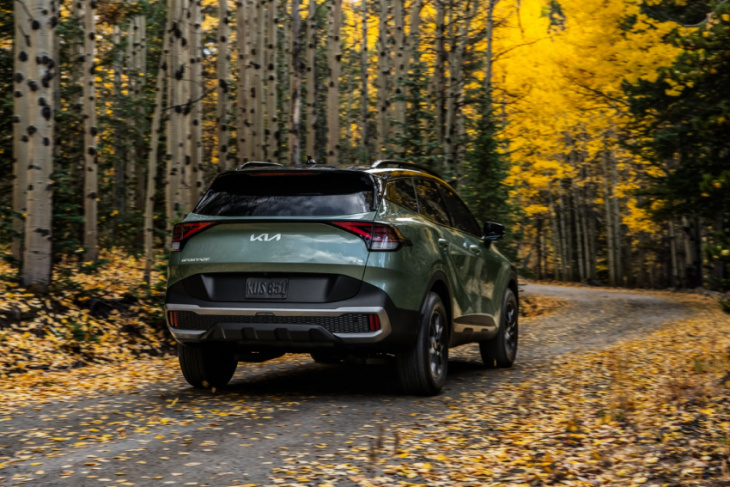 The IIHS updated some of its crash tests this year to ensure that vehicles are safer on the roads. The 2023 Kia Sportage SUV received the Top Safety Pick award thanks to the new tests. There are six crashworthiness tests that vehicles have to earn a rating of “good” to qualify. The scoring goes from good, acceptable, marginal, to poor.

Vehicles must get an advanced or superior rating for available front crash prevention, both the vehicle-to-vehicle and vehicle-to-pedestrian evaluations. In addition, acceptable or good scores on the standard headlights. While the Sportage received the highest “good” score in most of these tests, one area kept this Kia SUV from getting the Top Safety Pick Plus award.

However, like many vehicles this year, the headlights were a significant issue for the Kia Sportage. In fact, the Top Safety Pick award only applies to the options with better headlights. In the crash avoidance and mitigation area, the Kia’s headlights received an “acceptable” score and a “poor” score.

The LX, EX, X-Line, SX, and X-Pro trim levels received a “poor” rating in the headlight area. The low/high beam headlights are LED reflectors. The IIHS explains that “visibility was inadequate in all four tests” for the low and high beam headlights.

If you are considering the 2023 Kia Sportage SUV but want better headlights, there are plenty of Top Safety Pick Plus winners for this year. The 2022 Hyundai Tucson, 2022 Mazda CX-5, and 2022 Subaru Forester all outperformed the Kia.

The Insurance Institute for Highway Safety continuously tests cars, trucks, and SUVs. If you plan on purchasing the 2023 Kia Sportage SUV, pay close attention to the trim levels. You may not have planned on getting the top-of-the-line Sportage X-Pro Prestige or SX Prestige, but it could be worth it for the better headlights.

Kia Keeps Teasing Us: Photos of the Kia EV9 SUV in Camo