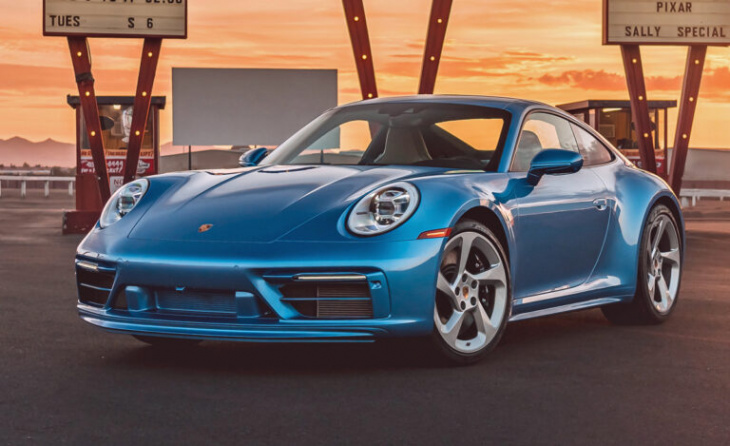 The one-off Porsche 911 Sally Special sold for a record US$3.6 million (R61 million) to a mystery telephone bidder at RM Sotheby’s Monterey Auction this past Saturday, 20 August.

Every cent of this sales price will be donated to Girls Inc. and USA for UNHCR to support children and families, said Porsche.

The 911 Sally Special got its inspiration from Sally Carrera, the 2002 996-generation Porsche 911 Carrera featured in the animated Cars movies.

Like in the films, there is only one 911 Sally Special in existence and it’s also “the first time that Pixar has supported such a project,” said Porsche.

The result is a 2022 992-generation Carrera GTS equipped with a seven-speed manual gearbox, “tapping into Sally Carrera’s passion for driving,” said the designers.

Sally Special is also hand-painted in Sallybluemetallic, a custom paint created specifically for this one-off, and the five-arm design rims – 20 inches at the front and 21 at the rear – create a visual link to the wheels fitted to the 996-generation 911.

Even Sally Carrera’s tattoo from the movie has been recreated on the 911’s active spoiler, proving to be “a very special challenge” for the Porsche designers. 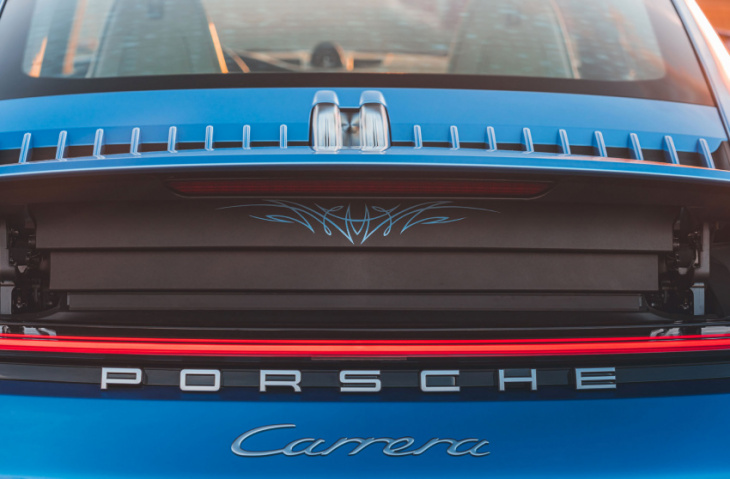 Moreover, small easter eggs remind passengers of where the idea for the Sally Special came from, including a one-of-one engraving on the dash, a Cars logo on the door panel, a “Kachow Mode” drive mode selector on the steering wheel, steel Sally Special treadplates, a Sally Carrera plaque on the B-pillar, and Cars-branded tyre valve caps.

The 911 Sally Special is accompanied by another Porsche one-off creation, too, in the form of a Porsche Design mechanical chronograph wristwatch. 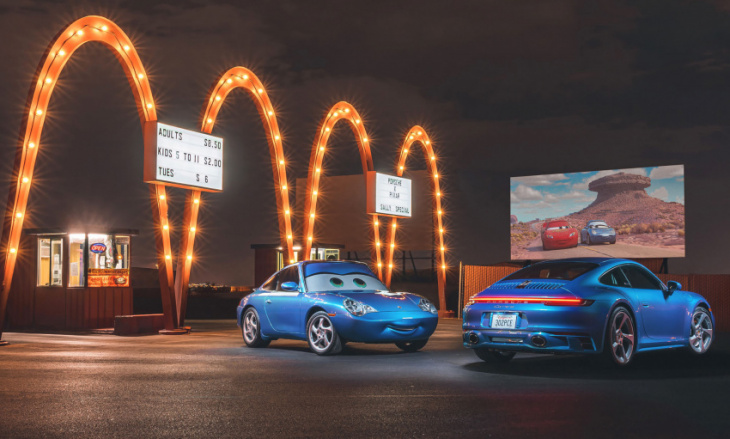 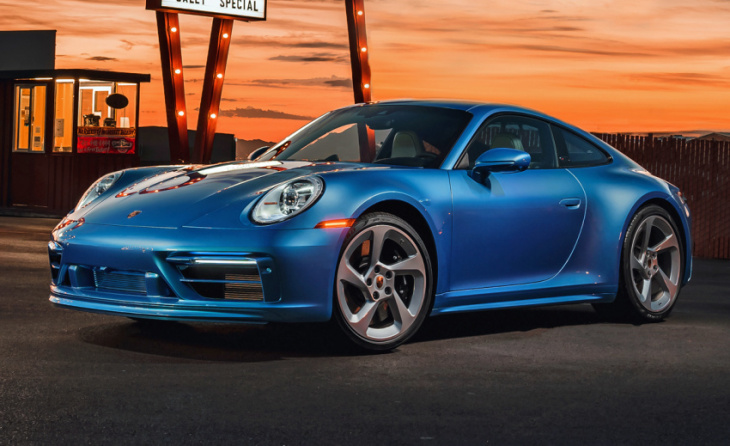 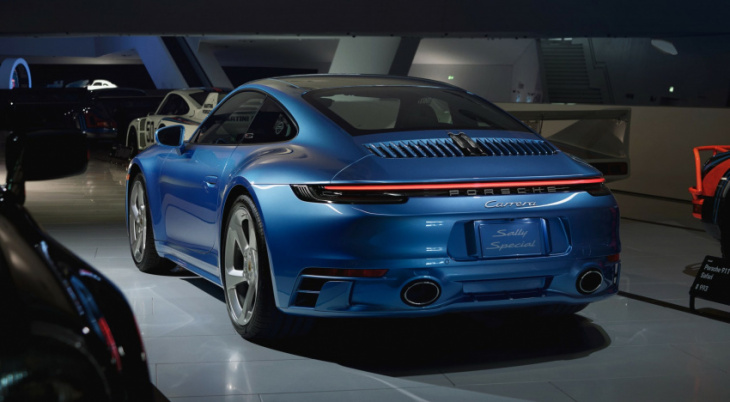 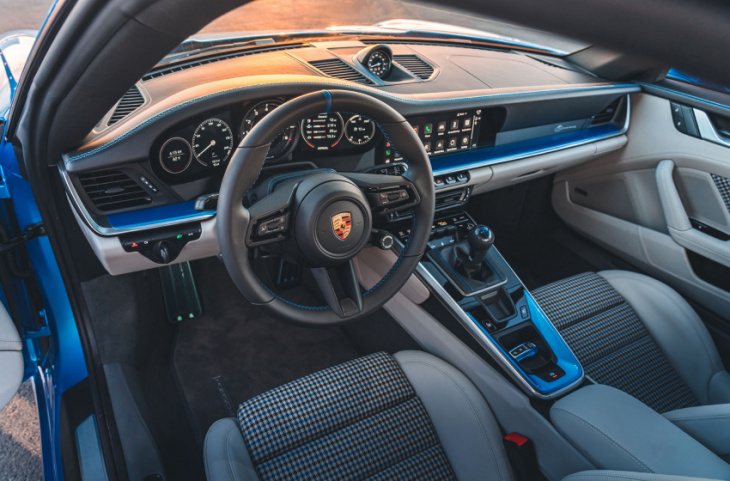 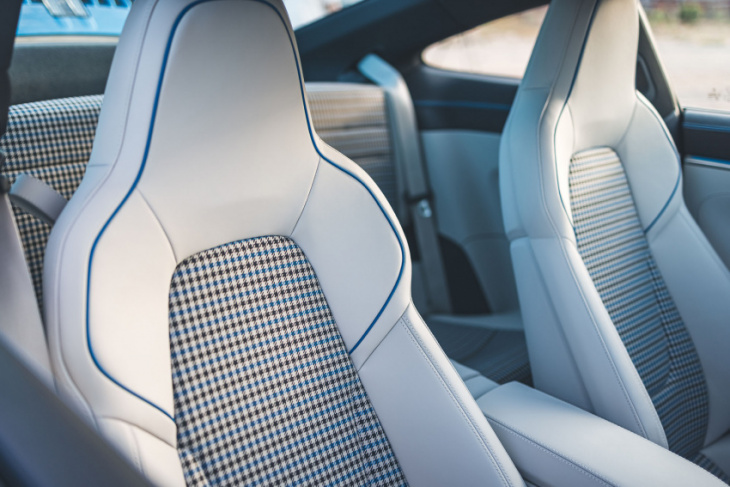 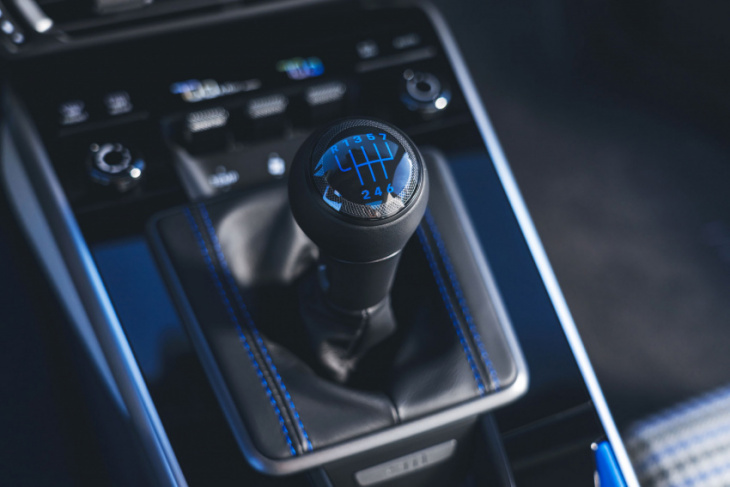 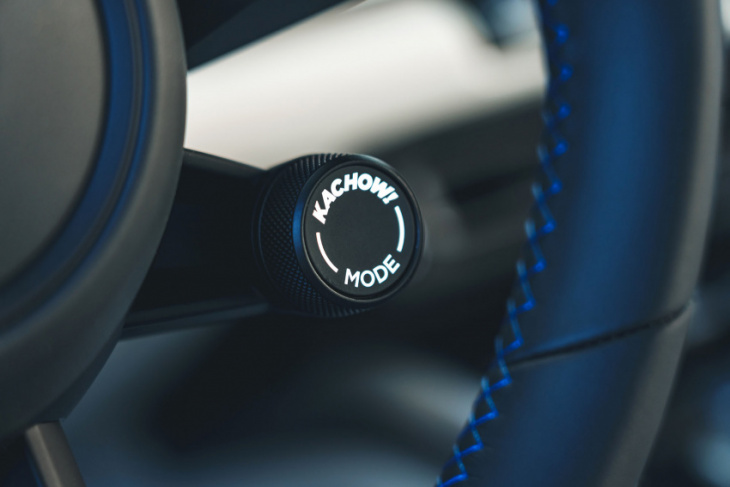 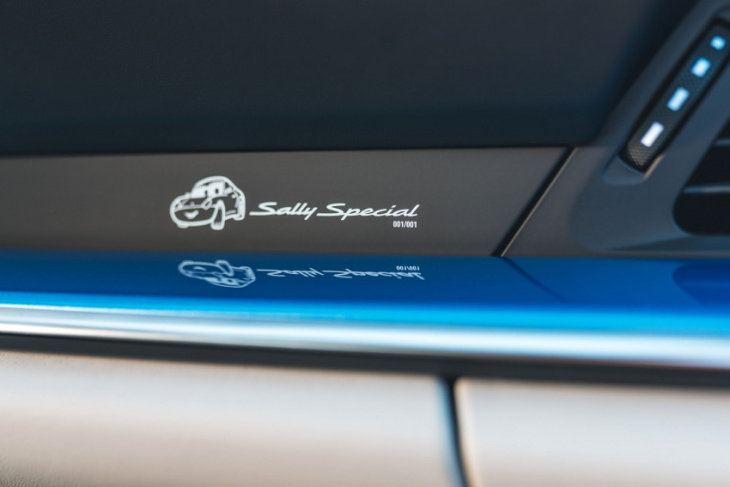 BERLIN — Porsche took pole position as Europe’s most valuable automaker on Thursday, overtaking former parent Volkswagen as the price of the sport scar maker’s newly-listed shares sped higher. Although Porsche shares had fallen below its listing price on Monday to 81 euros, in line with a wider fall ...

It's nothing like a Porsche, though it is still very good.

Electric vehicle conversion specialist Everrati is at it again with another BEV version of a combustion-era classic. Today the company unveiled an all-electric “Wide Body” version of the Porsche 911 Cabriolet convertible, which joins other officially licensed conversions of the iconic sports car in addition to several other electrified ...

In 1974, Porsche introduced the first production version of a turbocharged 911. Although it was referred to as the Porsche 911 Turbo in Europe, the car was marketed as the Porsche 930 in North America. Porsche had injected all of its sportscar experience with exhaust-gas turbochargers into its series production models. At ...

Everrati has added the convertible version of the 964-generation Porsche 911 to its growing fleet of electric conversions. Rather than stick with the regular body, Everrati also added the car’s wide-body design for some extra drama, not to mention extra performance. With up to 500 hp available, wide tires ...

Porsche Becomes Europe’s Most Valuable Automaker Ahead Of Volkswagen