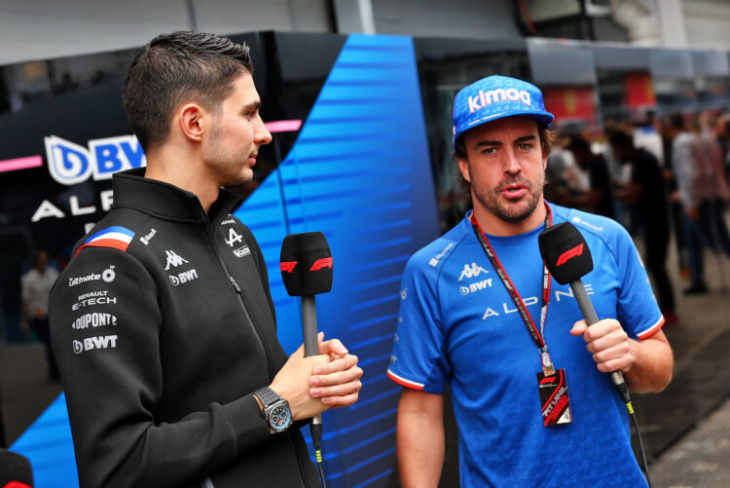 Esteban Ocon admits that he was left disappointed by some of the comments that were directed towards him by Fernando Alonso during their final races together at Alpine.

Following the season-ending Abu Dhabi Grand Prix last Sunday, Alonso immediately started work with Aston Martin ahead of his 2023 debut with the team.

Alonso returned to F1 in 2021 with Alpine following two seasons on the sidelines – but he has endured a turbulent stint, with reliability being a major sticking point in 2022.

He has also had a handful of notable incidents with Ocon, the most recent of which occurred in Brazil earlier this month.

The two collided twice on the opening lap of Saturday’s Sprint Race, with Alonso then hinting that he couldn’t wait for the partnership to come to a conclusion.

Speaking in Abu Dhabi, Ocon admits that he was upset by Alonso’s statement.

“It’s no secret that I was disappointed in seeing his comments after the race,” Ocon said. “There was no need for some [of the] criticism that he has done.

“But I respect him a lot. I will forever respect him for what he has done on the track over the years. He’s a legend of the sport and that won’t change – but I was a bit disappointed.”

Alonso and Ocon facilitated Alpine’s run to fourth in the Constructors’ Championship, as it held off McLaren across the final rounds to seal the position.

Ocon will be joined at Alpine next year by compatriot Pierre Gasly, who has left AlphaTauri following several seasons as part of the Red Bull F1 umbrella.