Numbers of Koenigsegg CC850s increase to 70 due to high demand 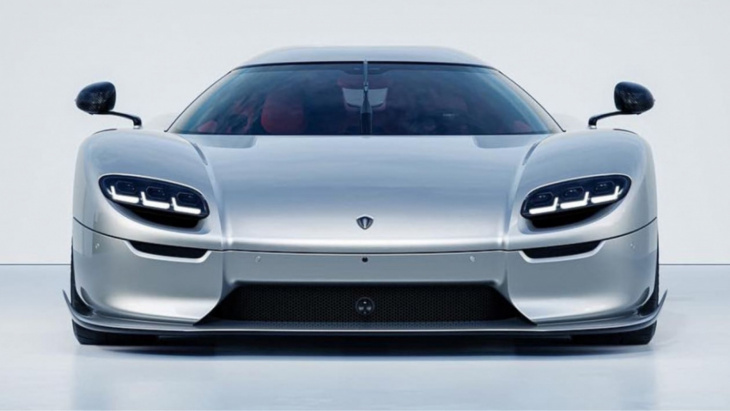 The CC8S was Koenigsegg’s first car 20 years ago and to celebrate the Swedish supercar maker has built a homage – the CC850. 2022 is also the year the firm’s founder Christian von Koenigsegg turns 50, so there will be only 50 CC850s made, or at least there was going to be.

Due to increased demand, Koenigsegg has decided to ramp up production numbers to 70. From the outside, it’s clear the CC850 has taken plenty of design influence from the CC8S. We can see typical Koenigsegg features such as the teledial wheels, wraparound windscreen, huge side intakes and of course, the look-at-me ‘synchrohelix’ doors.

The interior is also a bit of a throwback as the CC850 offers an open-gate gearshifter (with an automatic mode, but more on that later) and an analogue gauge cluster. The CC8S’s signature rotary dial switches on the dash were obviously deemed too retro for the CC850 as we can see a portrait touchscreen instead. There’s also plenty of exposed carbon fibre and a pair of very thin bucket seats.

Despite the nods to the CC8S, underneath the CC850 is much more akin to the firm’s latest Gemera, Jesko and Regera supercars (or ‘megacars’ according to Koenigsegg). A 5.0-litre, twin-turbocharged V8 produces 1,366bhp, over twice the output of the CC8S. There’s also 1385Nm of torque available. The flat-plane crank, dry-dumped engine can run on synthetic fuels and doesn’t use a flywheel to improve responsiveness. The redline sits at 8,500rpm.

That engine is mated to a new transmission which offers both manual and automatic gear shifting. The open gate is more than just for show as we can see three pedals in the driver’s footwell. The ‘Engage Shift System’ as Koenigsegg calls it can change the ratios of the six-speed gearbox to offer varying performance according to which drive mode you’re in. The automatic transmission features nine gears for a more relaxing driving experience. 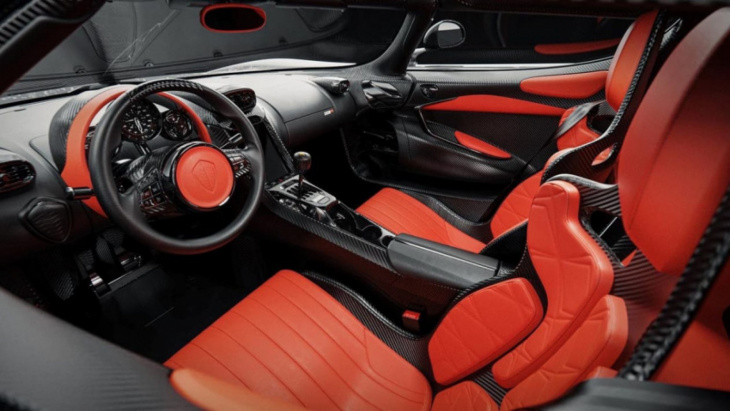 Koenigsegg has achieved a kerbweight of 1,385kg with the CC850, thanks to extensive use of carbonfibre and Kevlar body panels in its monocoque. We’re yet to receive performance figures but expect a sub three-second 0-62mph time and a top speed well above 200mph, making it a real rival for another supercar with a manual gearbox – the Gordon Murray Automotive T.50.

Despite an expected price tag in the millions, the combination of rarity and some rather exquisite details means the CC850 has already sold out. Koenigsegg has produced some right-hand drive versions of its car in the past so we could potentially see a small allocation of the 50 units coming to the UK.

Now read about the best hypercars in the world…

Keyword: Numbers of Koenigsegg CC850s increase to 70 due to high demand

Lightyear announces Koenigsegg as investor and ‘technology-sharing partner’ for future EVs, like Lightyear 2

Koenigsegg: 300mph+ still on the cards, but it's "really scary stuff"

Koenigsegg Had to Revolutionize EV Technology to Build the Hybrid Gemera

How the Koenigsegg Camless engine works

Koenigsegg Regera Gets Naked. Naked Carbon, That is

To celebrate Christian von Koenigsegg's 50th birthday, only 50 cars will be made.

Koenigsegg used this month’s Monterey Car Week to present a new hypercar packing a revolutionary transmission, and it proved so popular Koenigsegg has decided to increase production by 40%. Called the CC850, the car celebrates 20 years since the build of Koenigsegg’s first customer car, the CC8S, and just ...

Supercars An open-gated manual *and* a nine-speed auto? Prepare to have thine tiny minds blown Celebrating his 50th birthday, Christian von Koenigsegg dispensed with the traditional champagne and mid-life crisis 911, and instead revealed a totally new form of gearbox technology. Truly, nobody parties like Koenigsegg. Yet there’s much to ...

50 units will be built, each with up to 1365bhp and a clever manual transmission

It’s been 20 years since the start of deliveries of Koenigsegg’s first car, the CC8S, and the Swedish marque has celebrated by reimagining the original hypercar for the modern era. The result is the CC850, which Koenigsegg presented for the first time on Friday at The Quail, A Motorsports ...

The US$3.7mil CC850 is best-looking car ever made by Koenigsegg

The new Koenigsegg CC850 gets 1,363bhp and a manual gearbox

The Koenigsegg CC850 Has a Fake Manual Transmission and 1385 HP

Watch Koenigsegg CC850 Get Its First Wash And Detailing

Deep dive: How Koenigsegg reinvented the manual transmission for the CC850

Koenigsegg CC850 Sells Out Instantly, 20 More to Be Built

Why You Won't See a Self-Driving Koenigsegg

This is the very first 300mph+ Koenigsegg Jesko Absolut

Watch the Koenigsegg Jesko play in the snow

Watch a Koenigsegg Jesko Slide Around in the Snow

Koenigsegg, the maker of US$3-million supercars, is experimenting with volcano fuel

Listen to the Koenigsegg Gemera fire up for the first time

Go For An In-Depth Tour Of Koenigsegg’s Swedish HQ

How Is This Dealer Already Selling A ‘Used’ Koenigsegg Gemera?

Koenigsegg kicks off the new year with new hypercar teaser

This ‘Raw by Koenigsegg’ concept imagines a hypercar of the future

Geneva 2019: The Koenigsegg Jesko Is The Quickest Swedish Car Yet

The Koenigsegg Gemera Is Fit For A Family Of Four