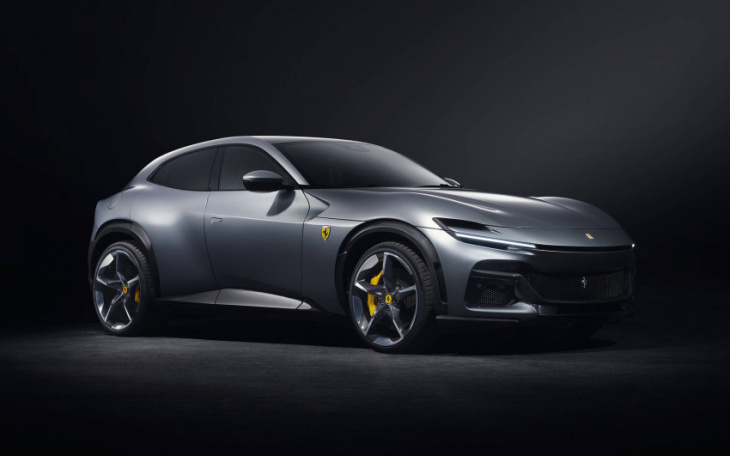 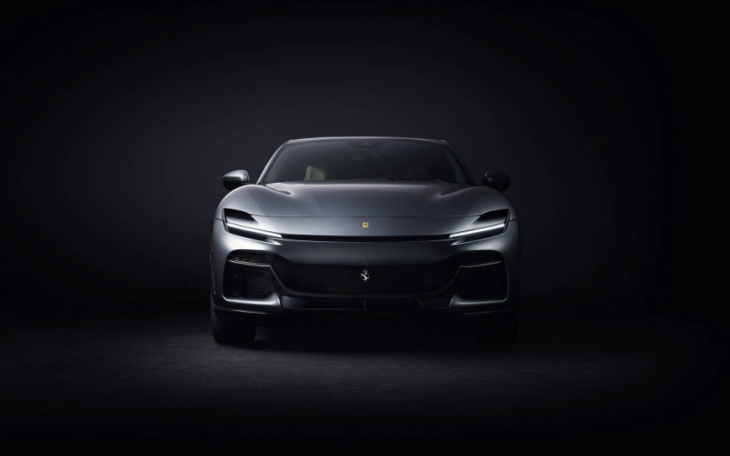 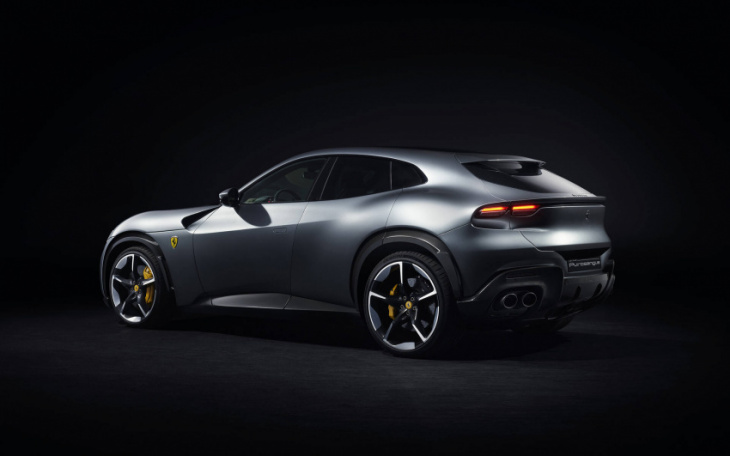 The name Purosangue, Italian for “thoroughbred,” is quite fitting for this model, which stands out from other crossovers with a mid-front-mounted engine and gearbox at the rear creating a sporty transaxle layout. The 49/51 weight distribution is what Maranello’s engineers deem optimal for such a configuration.

This makes the Purosangue more powerful and quicker than any other conventionally powered SUV on the planet—except for the 697-horsepower Aston Martin DBX 707, which can reach 100 km/h in 3.1 seconds according to the British brand.

By the way, the 4RM-S system developed for the GTC4 Lusso has been further evolved and now inherits the innovations made to the SF90 Stradale’s 4WD system, including torque vectoring on the front axle and distribution of torque to the rear axle by an electronic differential. 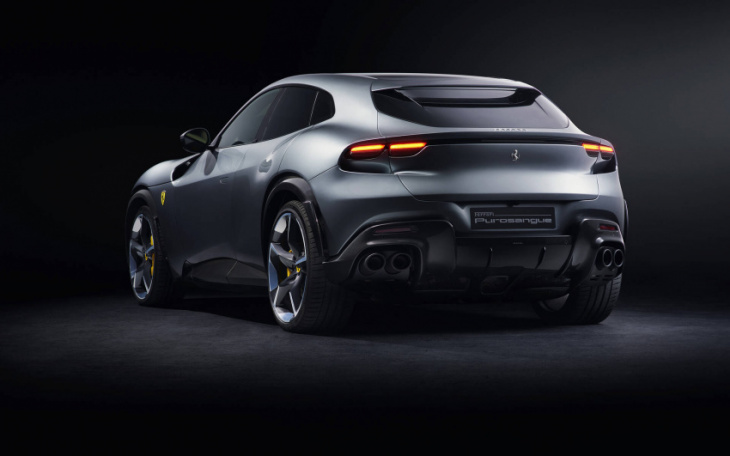 The Purosangue’s chassis is completely new and was designed from scratch with the aim of producing a structure of uncompromising rigidity. Meanwhile, the body combines various materials ranging from aluminum to carbon fibre, with the introduction of high-strength steel in important areas and flanking the mechanical joins with structural adhesive.

The single-shell carbon fibre roof with integrated soundproofing is completely new, as well, and delivers rigidity levels on a par with a glass roof while weighing 20 percent less than an aluminum roof with soundproofing. Incidentally, a full-length electrochromic glass roof is optionally available. 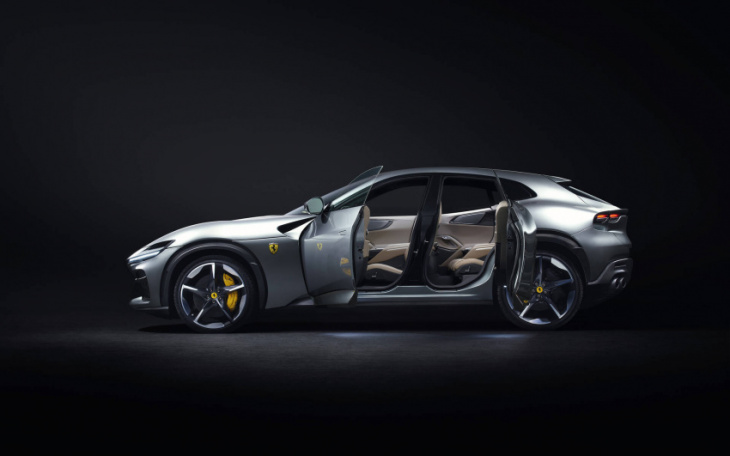 Access to the cabin is made easy by a set of front doors with a larger opening (63 degrees) and brand-new electric, rear-hinged rear doors with a 79-degree opening. The aluminum rear hatch is electrically activated: two Stabilus tailgate lifters allow it to be opened to 73 degrees. Trunk capacity is the largest ever in a Ferrari at 473 litres.

The Purosangue’s development focused on making the bodywork, underbody and rear diffuser as aero-efficient as possible. Among the new solutions used by designers is a front bumper and wheelarch combination which generates an air curtain that aerodynamically seals the front wheels, preventing turbulent transverse air flows being generated. A tiny lip spoiler in the middle of the hatch and a floating spoiler at the top are also part of the package. As you can see, there is no rear wiper. 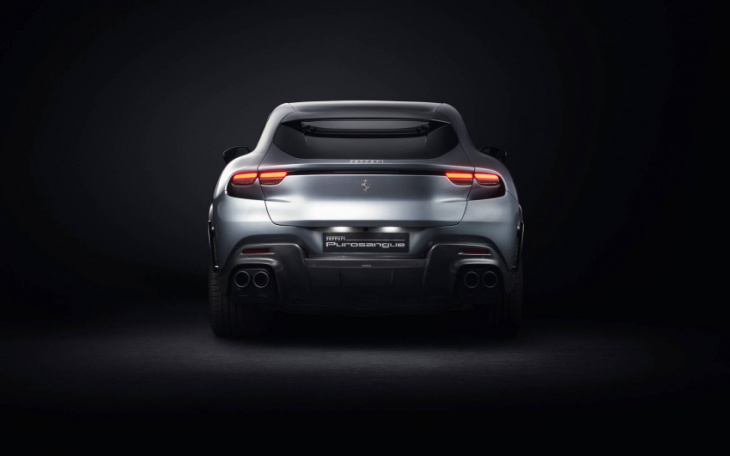 Ferrari has also given the Purosangue the very latest iterations of the vehicle dynamic control systems introduced on its most powerful sports cars, including independent four-wheel steering and ABS ‘evo’ with the six-way Chassis Dynamic Sensor (6w-CDS). Making its world debut is the new Ferrari active suspension system, which effectively controls body roll in corners as well as the tire contact patch over high-frequency bumps.

Of course, there are several advanced driver assistance features as standard, including Adaptive Cruise Control, Automatic Emergency Braking, Lane Keeping Assist, Traffic Sign Recognition and Driver Drowsiness and Attention. A function being made available for the first time on a Ferrari is Hill Descent Control.

Ferrari almost wrote an entire book about the Purosangue’s exterior design, but since a picture is worth a thousand words, it’s probably best if you just browse through the photo gallery at the top of this page. One important detail, though: the crossover rides on 22-inch front and 23-inch rear wheels. 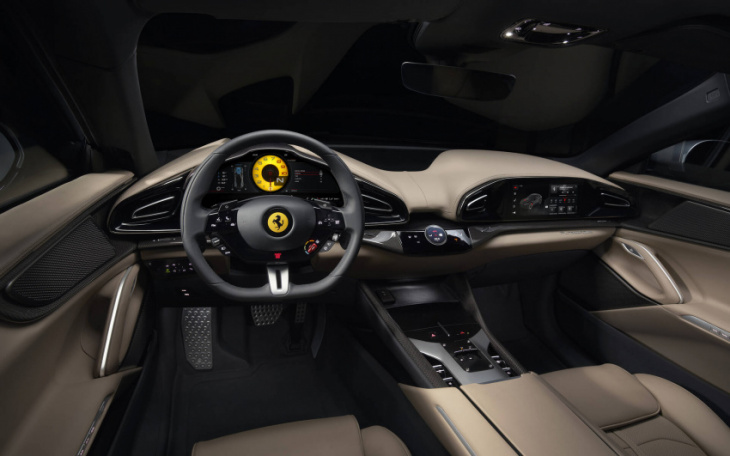 As we mentioned in our introduction, the interior has four separate and independently adjustable seats. They’re sculpted like a bodybuilder and the front ones come with a massage function. There is no centre display, instead each front occupant has their own display (the driver’s is inspired by that of the SF90 Stradale). Physical buttons are virtually inexistent.

Premium, sustainable materials have been used extensively throughout the Purosangue. In fact, 85 percent of the launch trim for the vehicle comes from recycled materials including a special version of Alcantara making its world debut. A vast range of optional content and personalization choices are available, too. 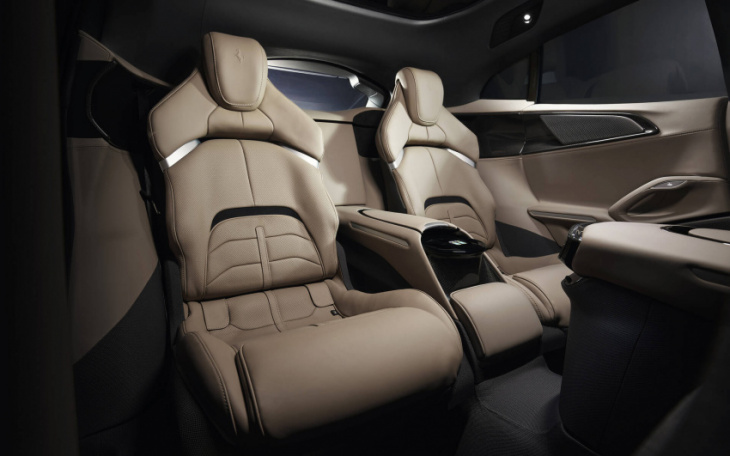 The Ferrari Purosangue will be priced from 390,000 euros, or about $511,000 CAD. Deliveries in North America will begin in late 2023. The automaker said that production will be limited but couldn’t be more specific.

Modified American tuner adds more carbon than a Koch brother, but with far better results We are at a loss. Not in the usual, ‘Someone has tuned a Ferrari and we are at a loss as to any conceivable motivation for ruining an Italian supercar’ kind of at a loss, ...