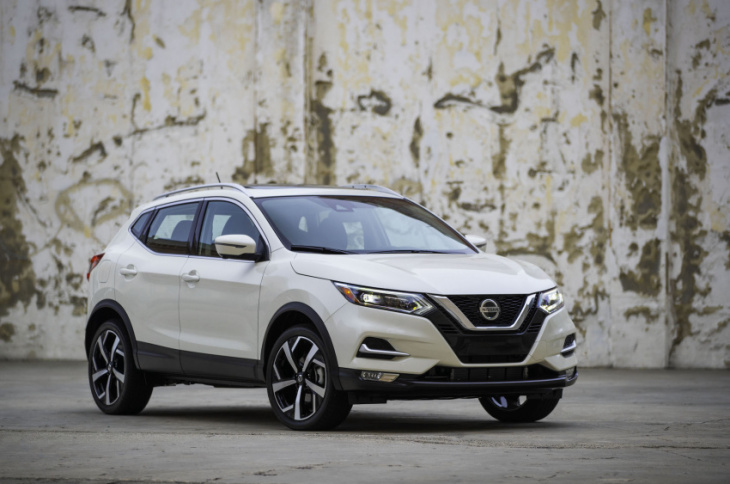 Nissan bids farewell to the Rogue Sport small crossover at the end of this year, according to a report from Automotive News. It will join the Nissan Maxima large sedan as Nissans dropped for the 2023 model year.

Launched in 2017, the Rogue Sport never really stepped out of the shadows of Nissan’s bestseller, the Rogue compact crossover. Smaller, lower, and in no way sportier, the Rogue Sport employed a 141-hp 2.0-liter inline-4 with a continuously variable automatic transmission. Front-wheel drive came standard, while all-wheel drive could be had for about $1,500. With a starting price of about $25,000, the 2022 Nissan Rogue Sport offered a reasonable value with good standard safety features.

Production of the Japanese import ends this December as Nissan pivots to higher volume crossover SUVs. The underwhelming Rogue Sport gives way to the edgier and more budget-friendly Nissan Kicks, which is produced in Mexico. Nissan is expected to redesign the Kicks for 2024, making it larger and adding all-wheel drive.

Many automakers have followed a similar path in retiring the first generation of their smallest crossover for a vehicle better suited for American shoppers: Chevy shelved the Trax now that the Trailblazer has established itself as the brand’s best small crossover; Mazda replaced the cramped but sporty CX-3 with the larger CX-30; Toyota is in the process of replacing the funky CH-R with the Corolla Cross; and Honda supersized its redesigned 2023 HR-V to nearly CR-V proportions.

While the trailblazing Nissan Maxima may return as an electric sedan, expect the chapter to close on the Rogue Sport after just one generation. Sales will continue into early 2023, and Nissan says it will supply parts of the vehicle until 2033.

Nissan has had a rough month, but the brand says good things are on the way. Nissan, usually a contender when it comes to new-car sales thanks to a historically popular catalogue, is currently suffering in the sales charts. Figures released this week show that Nissan sales are down ...

The coach-built collaboration with Italdesign is the most extreme R35 around.


View more: A Rare Nissan GT-R50 Has Come Up For Sale

There’s Nissan news from A to Z. Well, primarily A and Z. The electric Ariya and the sporty Z are the new babies for 2023, sitting at opposite ends of the motoring spectrum. The first is an upscale electric SUV and the second a raw, gas-burning, stick-shift, rear-drive tire spinner. ...

The version with the bigger battery might be able to get into the 10-hour range.

Photo / Supplied A rare 1990 Nissan Pulsar GTI-R, modified by Nissan Motorsports International (NISMO), has appeared for auction. The Pulsar GTI-R was developed as a road-going model, built and approved for WRC Group A competition. This specific car is number 13 of just 21 examples and was apparently ...

According to a Greenpeace ranking of Japanese automakers, Toyota, Honda and Nissan made the bottom of the top ten when it comes to decarbonisation. The statement comes after an analysis of their supply chain and sales records. Pure “zero-emission vehicles made up less than 1% of their sales and ...

IF you are looking for a spacious family multi-purpose vehicle (MPV) with high levels of safety and fuel economy, the latest facelifted Nissan Serena S-HYBRID should be on your shopping list. Distributed by Edaran Tan Chong Motor, the Serena is available in two variants of Highway Star and Premium ...

The new 2023 Nissan Kicks Is Still Missing One Key Feature

2023 Nissan Ariya is Priced Above the Competition

Ultra-rare Nissan GTR-50 is up for sale in Canada