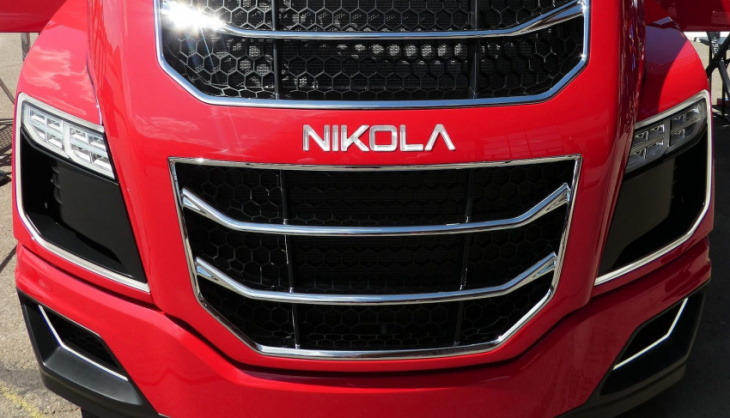 The trial of former Nikola CEO Trevor Milton is underway, and on Tuesday, prosecutors showed the jury a video of the company’s most infamous video — Nikola One in Motion. The video featured the Nikola One prototype seemingly moving on its own power, though it was later revealed that Nikola simply towed the truck up a hill and let gravity do the work.

Apart from the Nikola One in Motion video, the prosecution also called its first witness, Paul Lackey, an engineer at the electric drive company EVDrive and the person behind Twitter’s “Nikola Insider” account. Lackey was among the most vocal critics of Trevor Milton when Nikola’s controversies were emerging, and his posts on Twitter were pivotal in providing the public insights about what really happened to the Nikola One prototype.

In his testimony, Lackey stated that the idea for the Nikola One to run purely on electricity, instead of a hybrid setup, came from another engineer at EVDrive, not Trevor Milton, according to a Bloomberg News report. More importantly, the Nikola contractor highlighted that the Nikola One was definitely not functional when it was unveiled in December 2016, contrary to Milton’s claims at the time.

“It wasn’t finished. There was a lot of things that hadn’t been installed. Some components weren’t available,” he said.

According to Lackey, he made a call to find out how the Nikola One in Motion video was produced. He ultimately learned that the Nikola One was towed to the top of a shallow hill and simply allowed to coast down. The video was also filmed with a camera angle which gave the impression that the vehicle was moving quickly.

Lackey noted that he actually got upset when he watched a video of the Nikola One’s unveiling, especially since it was a misrepresentation of the work that had been done for the vehicle. This aggravation was part of the reason why he opted to create his “Nikola Insider” Twitter account, which was launched after Trevor Milton responded to reports alleging that Nikola had overstated the abilities of the Nikola One.

“I was sad and disappointed that he had done a major misrepresentation of the work that we had done,” he said.

Trevor Milton could face a maximum sentence of 25 years behind bars if he gets convicted of his most serious charges. Assistant US Attorney Nicolas Roos, while addressing the jurors in his opening, alleged that Milton repeatedly lied for financial benefit during his tenure at Nikola. “This is Trevor Milton. He repeatedly lied to investors about his company, and he made a billion dollars by doing so. He started a company that was supposed to make zero-emission trucks, and he lied about all the important parts of the business,” Roos said.