It's expected that production will exceed 1 million units annually. 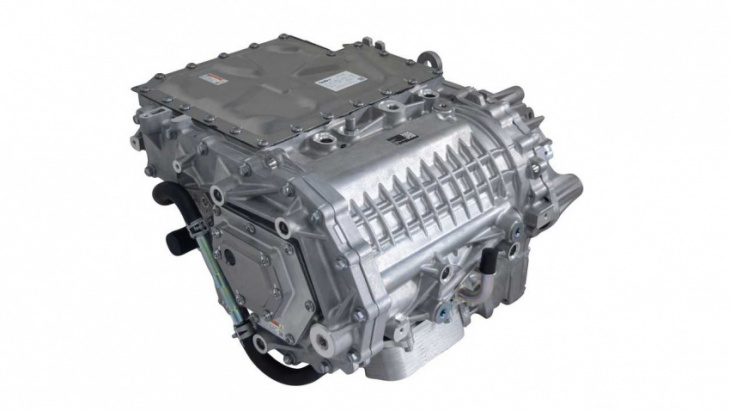 The company’s CEO Shigenobu Nagamori revealed in a recent interview with Nikkei that about 100 billion JPY ($715 million) might be invested in the construction of the new plant.

Currently, Nidec produces the e-axle (traction motor system), which integrates an electric motor, single-speed transmission, and inverter, at seven locations – five in China and two in Europe (some under construction/expansion).

Considering that the company plans to achieve an annual output of 7 million e-axles by March 2026 and that the seven sites are expected to be responsible for 5.7 million units per year, that leaves up to a 1.3 million unit gap – probably for the plant in Mexico.

A single electric vehicle might be equipped with one e-axle (for front- or rear-wheel drive) as well as with two e-axles (front and rear, for all-wheel drive).

Nidec’s idea is to produce e-axle locally, close to its customers. This is why there are several plants in China (for Chinese and Japanese customers), as well as in Europe (mainly for Stellantis).

Nidec does not say who would be the customer in North America, but Stellantis is an obvious candidate due to its relations with Nidec in Europe. General Motors and Ford appear to be aiming for in-house production, although nothing can be excluded.

Actually, there are currently so many new investments to bring electric vehicle production into the US that several manufacturers might be interested in Nidec e-axles.

Nidec is a huge player in the electric motor industry and has been for decades and currently, it’s becoming one of the main suppliers of traction motors for electric vehicles with the potential to become the largest e-axle manufacturer globally. The company has outlined a clear direction for the expansion of its business and is investing heavily in expanding its manufacturing capacity as well as developing new e-axle models.

Only time will tell whether manufacturers will stick with in-house systems or choose drive units from external suppliers.