Former Don Schumacher Racing teammates finding life can be pretty good on your own, too. 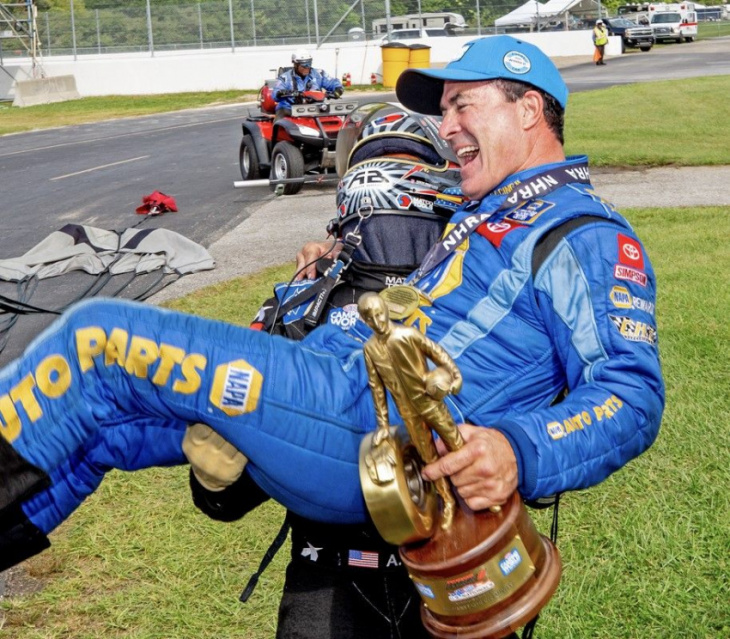 Only a little chagrined, Top Fuel ace Antron Brown admitted after winning the NHRA’s U.S. Nationals that he had been a wee bit jealous of Funny Car buddy Ron Capps’ early-season success.

They had stepped away from the safety net of Don Schumacher Racing this past December, as veteran drivers, series champions, and well-prepared, well-connected businessmen. But finally, in the season’s 16th event, they shared the winners circle as first-time team owners.

For Brown, the victory at Lucas Oil Indianapolis Raceway Park was his fourth there, second in Top Fuel to match his two in the Pro Stock Motorcycle class in 2000 and 2004. For Capps, it was his first at the “Big Go,” the sport’s marquee event that he had tried to win since 1995, one at which he never reached the final round once until 2017. 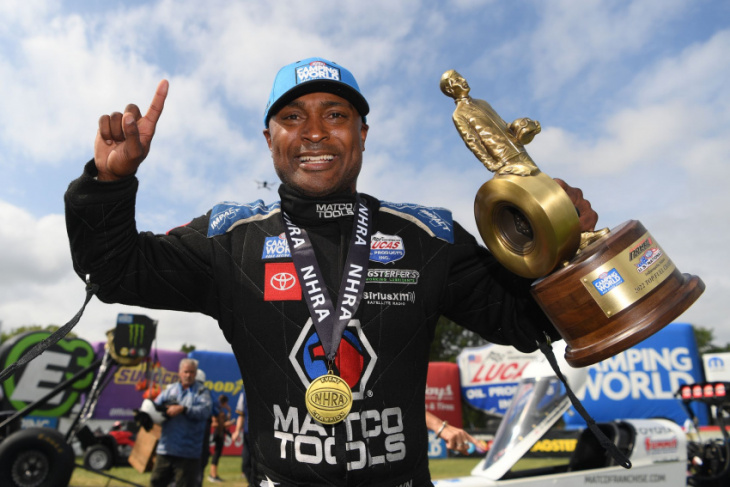 It was Brown’s 70th overall victory and Capps’ 70th in Funny Car. It came the day after Capps, who had started the weekend by crunching his car into the wall and being unqualified, secured his first Indianapolis No. 1 starting position and pocketed the $80,000 winners cut of the purse in the Pep Boys All-Star Callout bonus race.

“To not only win Indy on Monday, finally, but to win the big Callout race and get the pole position all in one weekend, it was like I was held back, and held back, and held back, and then, the flood gates opened,” Capps said. “This year has been so crazy, being a first-year team owner and having so much help around me. So many people wanted to be a part of what we were doing and what we’re building, and it was so nice to have that support. Don ‘The Snake’ Prudhomme, my old boss (and seven-time U.S. Nationals winner), texted me right before I put my helmet on for the finals and he said, ‘One more, Kid. Go get ‘em.’

“There are so many neat things that have happened in my life this past year,” Capps said. “I’m living the American dream, now running my own business. We’ve been trying to win this one for a long, long time.”

“It’s such a surreal feeling, I can’t even put it into words,” the emotional Capps said. “There are so many emotions that come from winning such a big event that exemplifies NHRA’s heritage and historyhttps://www.autoweek.com/racin….”

He has recorded three victories, five No. 1 qualifiers, a Callout event victory, and two runner-up finishes in his first 16 races as a team owner.

This Indianapolis victory was the second in the past three races for Brown, who struggled for 14 weekends before he earned his first trophy as his own boss, at Topeka. 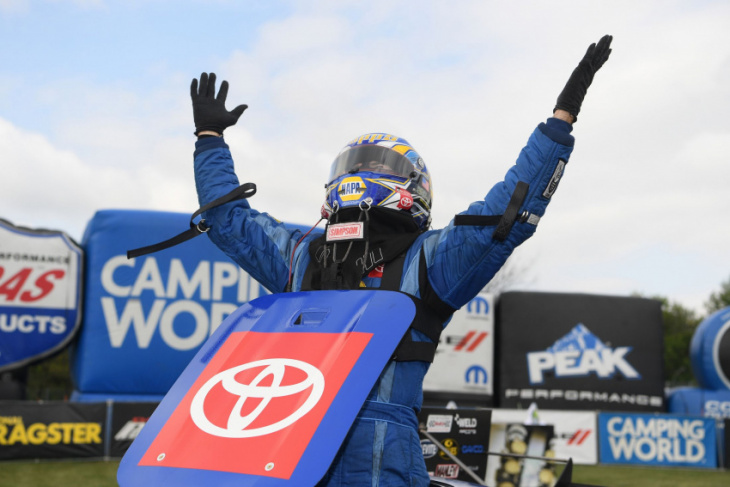 “Man, I tell you what, Capps, when they took off, I ain’t gonna lie to you, I was a little jealous because they took off out the gate like gangbusters,” Brown said. “But they’re running the same stuff they ran last year, except for they even got a boost up with Toyota with the Supra bodies. So they got part of TRD that enhanced their performance, where they already had great performance. Then they got a little extra edge and then the team has left off where they left off from last year when he came out, started winning rounds, winning races, qualified No. 1. We’re like, ‘We’re going to get there. We’re going to get there.’

Brown, who was part of the Toyota family first, said, “In the beginning of this year, we started off with everything new—from scratch, everything. Like, we had to put trailers together, cars together, deals, and we got a lot of good parts from DSR and DSM (Don Schumacher Manufacturing), and then we bought some other stuff from all over the place.” So with new equipment, new cars, and new team members, “we started putting this team together, and lo and behold, right now is that it all started coming together.

“We thought we had a car that we could win Seattle, didn’t go our way. Then we got to Topeka, we stuck out there, and then we had some really good performance in Brainerd. Then to come out to the U.S. Nationals, it’s keeping our head down, knowing that we could compete and race with any car out here.” 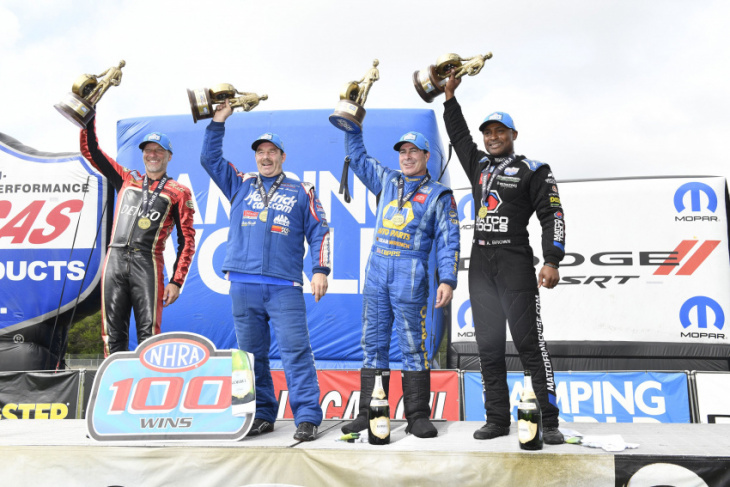 Brown said the Indianapolis victory was a relief: “When we got to that final, when that win light came on, I can tell you all right now, that was the longest 3.7 seconds in my entire life. That felt like a car accident. You know, how they happen in slow motion.”

The moment was validation.

“We’re like, ‘All right, guys, we got to build. We got to put the right pieces in place.’ Once I saw our guys have that different attitude where we got through the hard times a lot easier than we were in the beginning of the year. Then I started seeing us make strides. We started changing parts and pieces. We started performing, starting to jump up. I’m like, ‘Oh, it’s here. It’s coming,’” Brown said of the preceding months. “Then to see Capps . . . We always talked about it. I said, ‘If we can get in that winner’s circle together, that’s going to be a special moment for when we start this offseason.’ To do it at the U.S. Nationals, that was just . . . you can’t ask for a bigger precedent.”

Brown and Capps shared the winners podium with Pro Stock’s Greg Anderson, who earned his 100th victory and seventh at Indianapolis, and Pro Stock Motorcycle’s Matt Smith, who’s going for his sixth championship.

“Everybody is so deserving, but it takes a lot of work,” Brown said. He knew he and Capps had put that in. And he turned to Capps and asked him, “Ron, are you awake?” Capps said, “AB, this is like a dream.” Brown told him, “No, this ain’t a dream for you. You got two big-money paychecks.”

Then Brown teased, “You know those parts you just bought? I just added 20 percent to them.”