Following a leak just a few months back, more images of the next-generation BMW M2 have surfaced online.

Photos of the next-generation M2 were first leaked on Bimmerpost, and show the car in a light shade of blue, which is thought to be the newcomer’s hero colour.

At the front, this new M2 gets a pair of wide kidney grilles that sit above a large bumper cutout. The headlights and the bonnet are shared with the standard 2-Series. 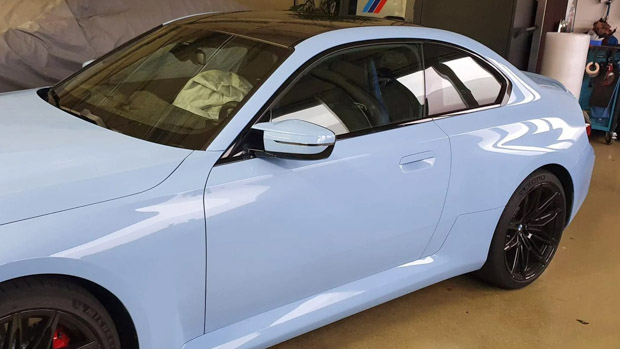 The rear of the car follows a similar theme with a large cutout which houses the quad exhaust pipes.

Like all other M cars, this new M2 is wearing a carbon-fibre roof and aerodynamically styled wing mirrors.

The next-generation M2 will be powered by the same 3.0-litre twin-turbo straight-six engine that currently powers the M3 and M4.

Power figures are yet to be revealed for the M2, but currently in the M3 and M4 this B58 engine makes 353kW in base form, and 375kW in Competition spec. 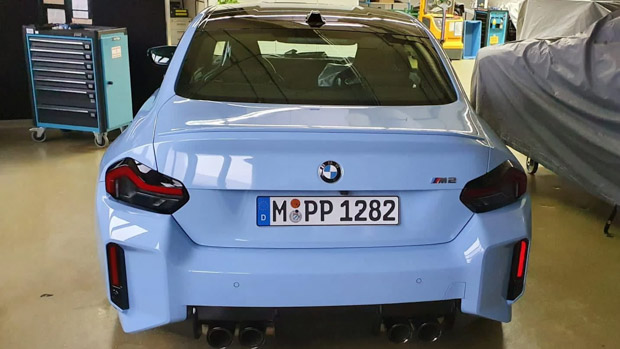 An eight-speed automatic and a six-speed manual have been confirmed as the two transmission options that will be available.

At launch, the M2 will be released as an exclusively rear-wheel-drive sports car, but as Chasing Cars reported months back it could get an all-wheel-drive system in the form of BMW’s xDrive further down the track.

The M2 will also use the brakes from the M3 and M4, and adopt adaptive dampers that should make the hardened coupe’s ride easier to live with every day, 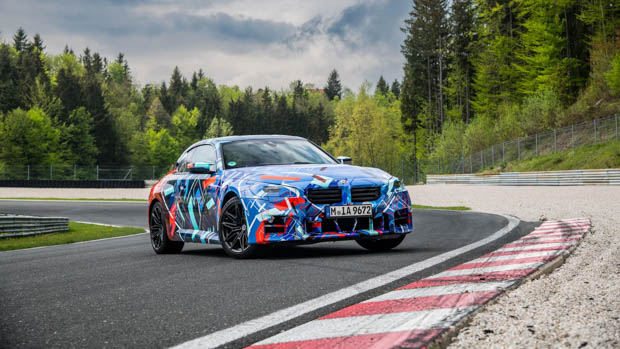 BMW has previously shown off a covered prototype M2

On the inside, this M2 will get BMW’s new curved display which consists of a 12.3-inch digital cluster and a 14.9-inch infotainment display. Other leaked M2 images also show that the carbon-fibre bucket seats will also be an option.

This G87 M2 is set to be revealed at some point next month before going on sale around the globe in April 2023. Exact timing for the Australian market is still unclear.