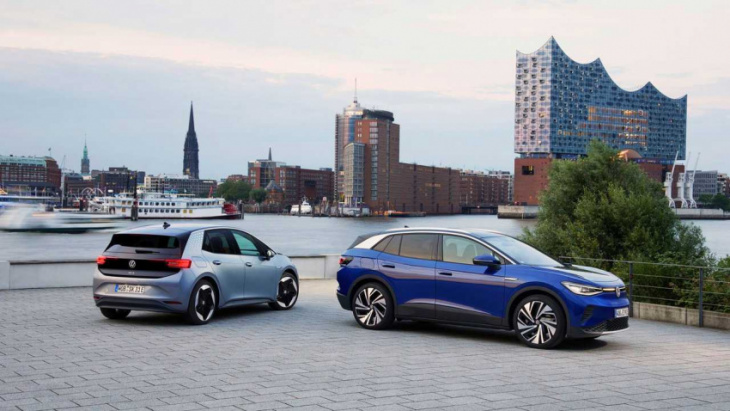 For Volkswagen fans and observers who thought the brand’s ID.3 electric hatch would serve as a future replacement for the iconic Golf, think again. According to a recent article published by Autocar, the upcoming, ninth-gen Golf may arrive as another ID EV to live alongside the ID.3 hatchback.

While VW is moving forward with its new generation of “ID” electric vehicles, it’s also keeping some of its storied history in place. As the German automotive brand works on reorganization and planning for the future, new Volkswagen boss Thomas Schafer made it clear that the Golf name will live on.

Shafer went on to say that the next-gen Golf could actually come to market as an ID model. He also noted that there’s no reason an electric Golf can’t co-exist in a lineup with the ID.3 electric hatchback. Shafer shared at the LA Auto Show, via Autocar:

“There is a connection with VW and ID, and there is no need to cancel [ID. We have iconic brand names, Golf and GTI. It would be crazy to let them die and slip away. We will stick with the ID logic but iconic models will carry a name.”

The VW Golf is in its eighth generation, though that will likely end around 2027 or 2028. At that point, it really only makes sense that if the car returns to market, it will do so as an EV. However, the new ID family of VW electric cars is catching on, so the Golf stands to be a part of that, all while retaining its iconic name. Will it be the ID.Golf?

Shafer didn’t provide a definitive answer to the above question, but he did say there’s “no way” the brand would give up on the Golf name. While many ID models are designated by a number, such as the ID.3 and ID.4 pictured above, there’s also the ID Buzz microbus, so VW has options here.

The Volkswagen boss did go on to confirm that the ninth-gen Golf will not be replacing the ID.3. While people may see these hatchbacks as similar, Shafer added that they’re actually different in terms of their size and lineup positioning. The chief said there’s room for both at VW, explaining that “The ID 3 has never been a successor to the Golf, it is more a Golf Plus.”