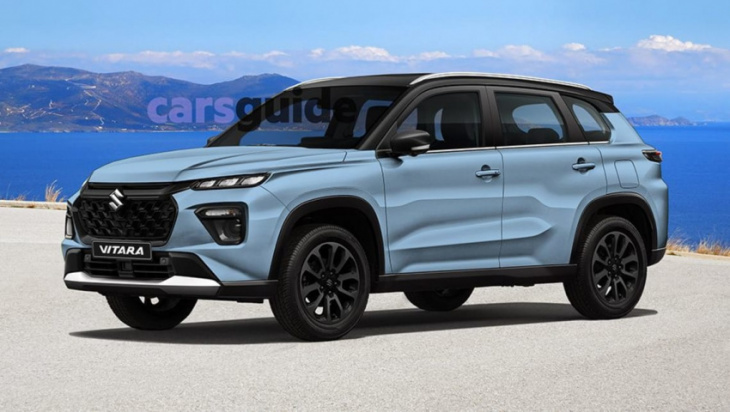 The next-generation Suzuki Vitara is shaping up as the company’s first electrified model range for Australia, paving the way for every successive SUV and passenger car released thereafter.

Due out around 2025, the redesigned small SUV would be only the fifth to use the Vitara name since 1988.

But here’s the twist: there is also speculation that Suzuki may switch to another badge, after executives have been heard using the term “replacement” in recent times.

This may be as a result of the Maruti Suzuki of India-developed Grand Vitara model unveiled in July, which resurrects a prefix discontinued when the existing fourth-generation Vitara arrived in 2015.

There is also a chance that the new Grand Vitara may be the basis for the current Vitara’s replacement.

While Suzuki Australia declined to comment on any future product, general manager Michael Pachota did not rule out the possibility of a Vitara redesign coming sooner rather than later.

“If you do the math on the (life) cycle, you’d be right to assume that there is something new in that space coming,” he told CarsGuide at the Suzuki S-Cross launch in Melbourne earlier this month.

“But with that said, we’ve had no confirmation from Suzuki Japan with regards to that opportunity of that vehicle being available number one, and number two, whether or not it would be on Australia’s list.”

One thing’s for sure, however: whatever the small SUV turns out to be, it will be fully hybridised and may even offer a pure electric version for Australia – and that would be a first for Suzuki after nearly half a century of selling vehicles in this country.

This would be in line with suggested legislation as recommended by Australia’s peak new vehicle body, the Federal Chamber of Automotive Industries (FCAI), that aims for carbon dioxide emissions averages of 100 grams per kilometre for passenger cars and light SUVs and 145g/km for heavy SUVs and light commercial vehicles.

As a number of rumours and renders currently making the rounds online suggest, the Vitara replacement’s design is also likely to see big changes on the outside, swapping out the razor-sharp edges and straight lines that have served the existing model so well for over seven years, for more rounded and muscular features, suggesting an increase in size and interior dimensions. 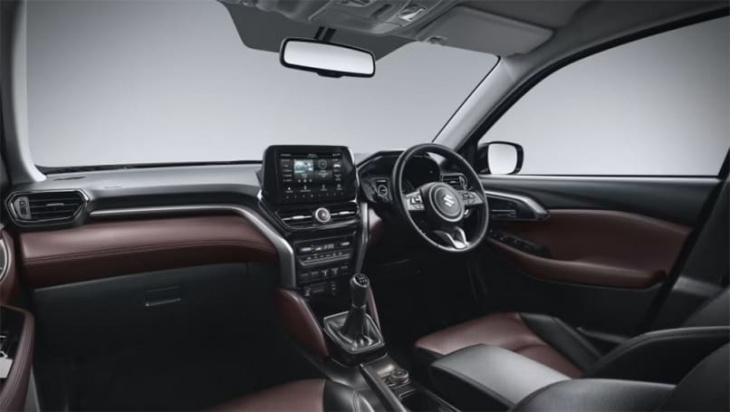 Of course, there’s also that possibility of a ‘global’ version of Maruti Suzuki’s aforementioned Grand Vitara also stepping in for Vitara, with a raft of visual and technological differences and progressive electrification options to better suit regional needs, specifically around lower consumption and emissions outputs, as well as more stringent crash-test safety requirements.

Whichever replaces the current Vitara, the new Grand Vitara – which also has a fraternal twin in the Toyota Urban Cruiser Hyryder – is probably the best indication of what Suzuki’s next small SUV will look like inside and out.

There’s also speculation that the Vitara replacement may ditch the existing and ageing Suzuki Global C small-vehicle platform as found in today’s model and S-Cross/SX4 as well as the new Grand Vitara/Urban Cruiser Hyryder, for a more-advanced Toyota-shared architecture that majors on electrification.

Given the two companies close ties of late, that may eventually happen anyway.

It’s worth noting that the new Grand Vitara/Urban Cruiser Hyryder twins already use a variation of the long-established Toyota Hybrid System (THS) rather than Suzuki’s hybrid tech as found in the existing Vitara in some markets since 2020.

In the Suzuki’s case, this THS combines a 68kW/122Nm 1.5-litre M15D-FXE three-cylinder engine that’s related to the unit found in today’s Toyota Yaris/Yaris Cross, producing total system power/torque outputs of 85kW/141Nm, and driving the front wheels via a CVT also supplied by Toyota. 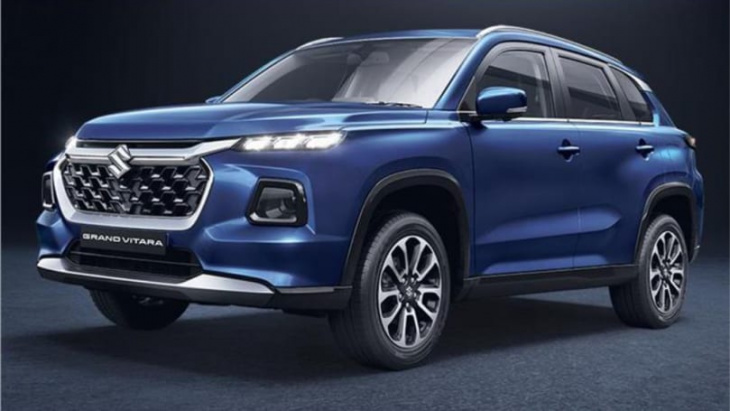 The new Grand Vitara may be the basis for the current Vitara’s replacement.

As recently reported in CarsGuide, that existing Vitara Hybrid is also set reach Australia later next year or in 2024, to see the JY series out in its twilight years.

To recap, the favoured Mild Hybrid uses the brand’s 1.4-litre four-cylinder turbo Boosterjet engine, six-speed automatic transmission and either front or all-wheel drive, combined with a 10kW/53Nm small electric motor, 48-volt system and integrated starter generator to deliver 95kW of power and 235Nm of torque. The result is a drop in fuel consumption by up to one litre per 100km, while providing a lively 0-100km/h sprint time of 9.5 seconds.

There is also a Vitara with Full Hybrid engineering, combining a 1.5-litre naturally aspirated four-cylinder petrol engine with a 24kW/60Nm electric motor, for a current combined power and torque output of 85kW and 138Nm respectively. It is also available in either front-wheel or all-wheel drive configurations, it has the ability to run on pure electric power for short distances, particularly at lower speeds around town.

However, the expectation is Suzuki Australia will go for the Mild Hybrid rather than Full Hybrid due to more competitive pricing, greater cargo capacity (since the battery is much smaller) and generally more suitable technical specifications for our market – namely a regular torque-converter automatic transmission availability, although the Full Hybrid Vitara may also gain one before long.

The next three years will be huge for Suzuki in Australia, so please stay tuned by watching this space to see what transpires. We’ll keep you posted.

Keyword: Next-gen Suzuki Vitara: What we know so far, including Toyota hybrid tech, a bold new look and maybe even a name change!

Car reviewsBy: Alex Shahini South Africa’s most affordable car has just been given a nip-tuck. Here is what you get for the incredibly low price of R162 900 writes Alex Shahini. Of course, that price point is reserved exclusively for the entry-level S-Presso 1.0 GL but the entire range ...

Suzuki Announces Pricing For The New V-Strom 800DE In Italy