Welcome to our roundup of the biggest breaking stories on Driving.ca from this past week. Get caught up and ready to get on with the weekend, because it’s hard keeping pace in a digital traffic jam.

Here’s what you missed while you were away. 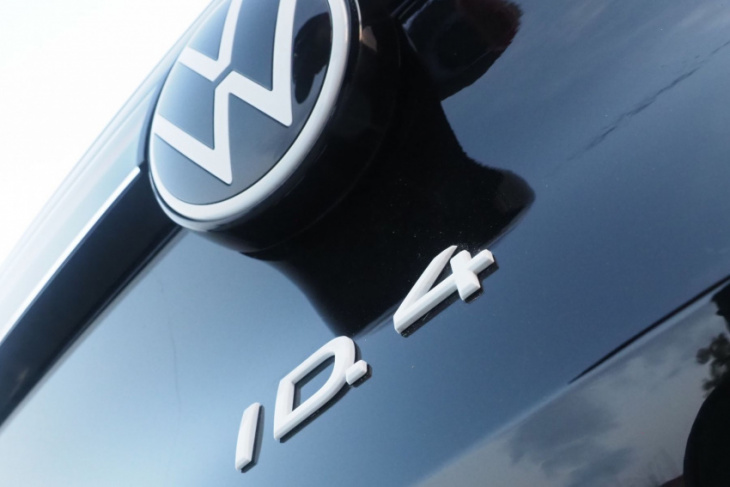 Via Volkswagen and Mercedes-Benz, Germany is coming to Canada’s aid in its effort to build a “reliable and sustainable supply chain” for EV batteries. The two brands inked memorandums of understanding with the Canadian government earlier this week, essentially promising to help pull the nickel, cobalt, lithium, and more from Canadian mines, and take it home.

Volkswagen has gone so far as to state it “wants to acquire stakes in Canadian mines and mine operators,” while Mercedes-Benz has formed a partnership with Ontario-based Rock Tech Lithium that will deliver around 10,000 tonnes of processed lithium per year for Germany by 2027.  “Volkswagen has been vigorously pushing the transformation to e-mobility, recognizing the industry’s responsibility in the global battle against climate change and […] and I want to thank the Canadian government for its support,” said VW CEO Herbert Diess.

According to German Chancellor Olaf Scholz, Canada is an appealing partner for its “reliable democracy,” unlike the other mineral-rich nations of Russia and China.

What is happening in Central London, this Bugatti Chiron gets attacked by scooters wearing delivery outfits 😡 pic.twitter.com/h6OH8jH3Of

A wealthy Kuwait man driving through London in his $4-million Bugatti Chiron had to make a quick escape when a pair of hammer-brandishing, moped-riding goons dressed as delivery drivers tried to take out the car’s side window while it was stopped in traffic. Allegedly, they tried to make off with the man’s luxury timepiece, but the 50-cc bandits did not succeed in capturing the $169,000 Platinum Rolex Daytona. However, they did shatter the car’s window and manage to get themselves caught on camera as they rode away.

London police believe they may have been busy burglars, too. “We are also aware of video appearing to show an attempted robbery nearby on Park Lane at around the same time of the incident,” police told Metro U.K. “The incidents are believed to be linked, however inquiries are ongoing to establish the full circumstances.”

Why a Canadian man sued Mercedes-Benz for billions, and lost 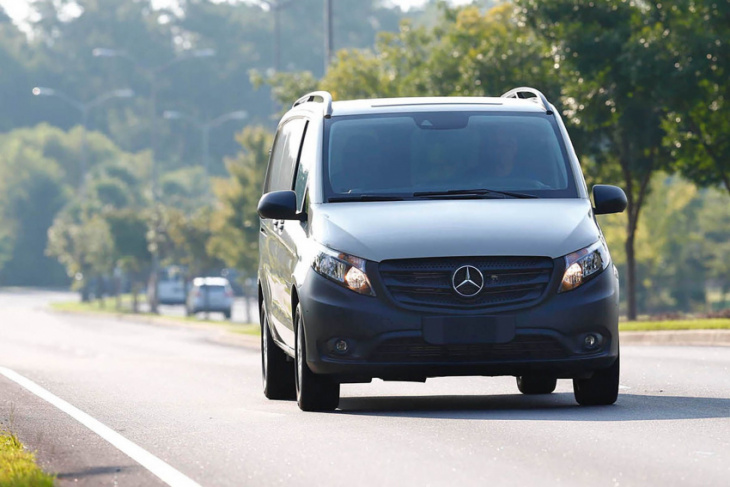 It all started with a simple 2018 Mercedes-Benz Metris van. A father-son pair from B.C. leased the vehicle from Mercedes-Benz, allegedly to use in their short-term rental business, but police instead caught Tong “Heintz” Sun driving it during a crime spree where he “smash(ed) vehicle windows at multiple auto dealerships.” Mercedes-Benz Financial Services wasn’t pleased after getting a call from the police and learning its van was being used in such an “injurious and unlawful manner,” so they canceled the lease.

And then the Suns sued. Big time. First for $1 million for breach of lease and then, after Mercedes-Benz counter sued, they upped it to an astounding $49 billion, claiming the company’s negative credit reports sunk young Sun’s chances of attending an MBA program that would’ve led him to “become a dollar value billionaire.” You can learn more about the vexing case here, but rest assured, the Sun’s lost the case. The court ordered them to pay over $18,000, or about what they owed on the lease, as well as attorney fees and legal expenses for a total of around $70,000.

Are car shows on public property about to go the way of the dodo? 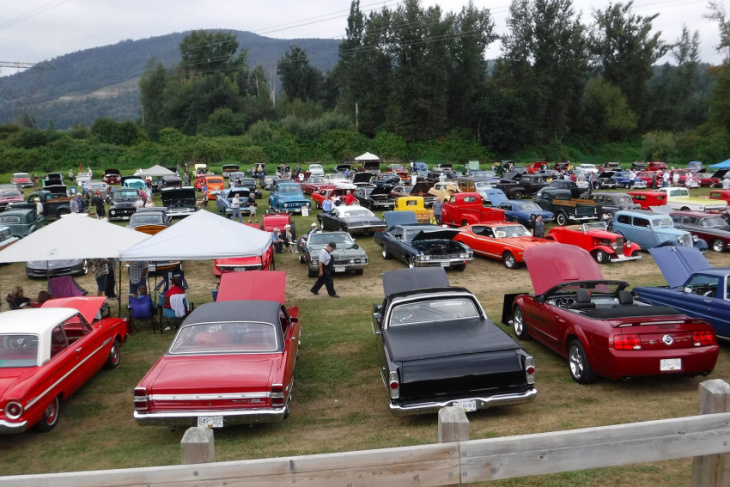 In what is hopefully not a national omen, the City of Abbotsford will no longer be the host of the Early Ford V8 Club’s annual car show, the All-Ford picnic. This year would’ve been the organization’s 37th year at Hougen Park, but club president Les Henderson says he had to cancel the event due to constant delays and restrictions from the City.

It sounds like the worst episode of Parks and Recreation imaginable; the Abbotsford club this year learned it would have to apply for a special permit to host the event, and before that sit in a meeting with Parks Recreation and Culture representatives, yet another meeting with the police, and then another with local health authorities. (Yeah, Knope!)

Abbotsford City reps said they expected to see a detailed safety plan and a missing child plan from the organizers of the 700-person event. They’d also need: sandbags for their tents instead of the stakes from previous years, a plan to take out their own garbage (and that of the food truck, too), and, oh right, a guarantee that the DJ they’d booked will be paying for music rights.

Come on, Abby. And they weren’t the only Vancouver-area club to cancel this year… 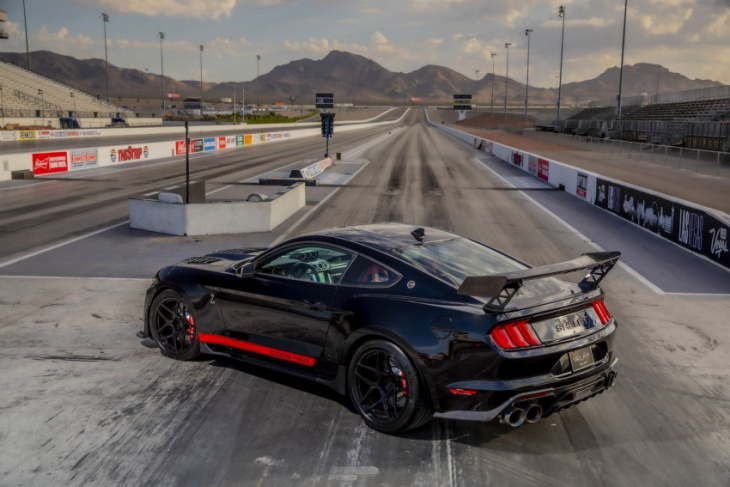 Electrification is on its way, but the gas engine is not dead, and Shelby American knows it. The high-performance builder recently introduced its newest product, an enhanced Mustang GT500 limited edition with 1,300 horsepower and 1,000 lb-ft of torque, exactly the kind of machine that should appeal to the loud-power enthusiasts watching for the final great gas-powered beasts. The Shelby Code Red (anyone else craving Mountain Dew all of a sudden?) brings a bunch of upgrades to the Mustang — inside, outside, under the hood, and on and around the wheels — for a sum of US$209,000 plus the cost of the original GT500.

When running on top-tier E85 gas, the Code Red’s 5.2-litre V8, which had its supercharger swapped out for a pair of turbos, will crank out a gutsy 1,300 horsepower and 1,000 lb-ft of torque. Shelby American also widened the Mustang’s body, toughed up the transmission, added Shelby-Baer brakes and rotors, Pirelli P Zero tires, a MoTeC exhaust system, and other go-fast/stop-fast bits.

The American shop says it will give the Code Red treatment to GT500s from the 2020 to 2022 model-year inclusive, but cap out at thirty total, with ten from each year span.

Bugatti has been toying with the idea of a second, more practical model line for more than a decade, with the company even previewing a potential sedan in 2009 with the Galibier 16C concept. Under the reign of former chief Stephan Winkelmann, Bugatti’s focus was centered on an SUV-like ...

Both drive away with wins.

This drag strip duel is an epic battle between the past and the future.


View more: Of Course The Bugatti Chiron Wants A Piece Of The Tesla Model S Plaid

It's a customer car that pays homage to the EB110 Supersport of the early '90s.

This is most likely the very first Centodieci delivered to a customer.

What is Bugatti planning to unveil at The Quail?

Bugatti configurator guide: how to spec your Chiron

Bugatti has a new car planned for 2022 Monterey Car Week

House of Ettore: The Bugatti Château Is Where the Brand's Past Meets Its Present

Bugatti Tries Its Hand At An Electric Two-Wheeler, And It's Under $1,500