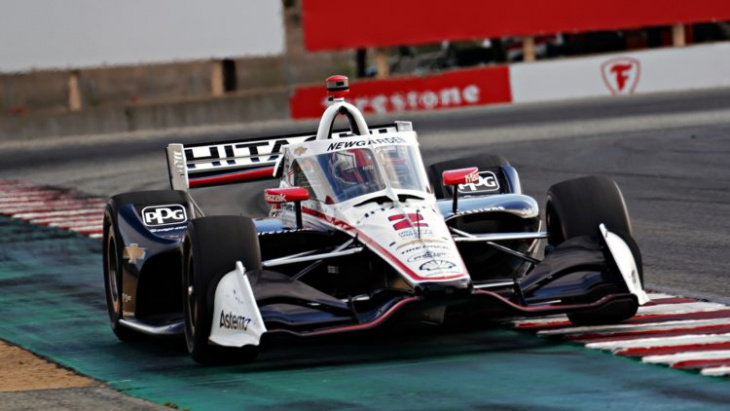 Newgarden carved his way through the field and gained 23 spots on the day. Photo: Kevin Dejewski

Despite most of the headlines for Sunday’s IndyCar season finale centering around Will Power and Alex Palou, it was Josef Newgarden that was the standout driver of the day.

The two-time champion had to start on the final row of the grid after an uncharacteristic mistake in qualifying, but quickly roared through the field.

By time the caution came out on lap 37 he was already in the top five, and then on lap 45 he moved past his championship rival Power into the second position.

The fast ascent through the field which resulted in 23 positions gained would have been the top talking point of the weekend if there were not a pair of trophies handed out to the other two drivers on the podium.

“Well, we tried today for sure,” said a surprisingly upbeat Newgarden after the race. “We gave our best, as we always do.  Alex was tough to catch today.

Palou happy to end drama-filled year with a win

“I really wanted to — we got all the way to second, and I’m like, we just need one more spot, but he seemed a little out of reach today.  So tremendous job by them.

“Happy we were able to fight back to where we did.  It was a tough day, and we knew we had to fight.  Ultimately, we’ve come up short in this championship.  We’ve got to be in a different position next year and fight a lot harder so that we can hopefully be in a much more favorable position coming into this weekend, and I believe we can do that.

“It’s been a really tough year.  It’s been good in a lot of ways, but it’s also been really negative in a lot of others.  I’m excited for a reset, excited to come back next year, and I know we’ve got the team to do the job.”

Newgarden did everything he could to win his third title on Sunday, but ultimately came up 16 points short and could only blame a few poor performances earlier in the season for that gap.

Even if he had been able to catch Palou and take the win, he still would have come up just short of Power when the overall totals were calculated. 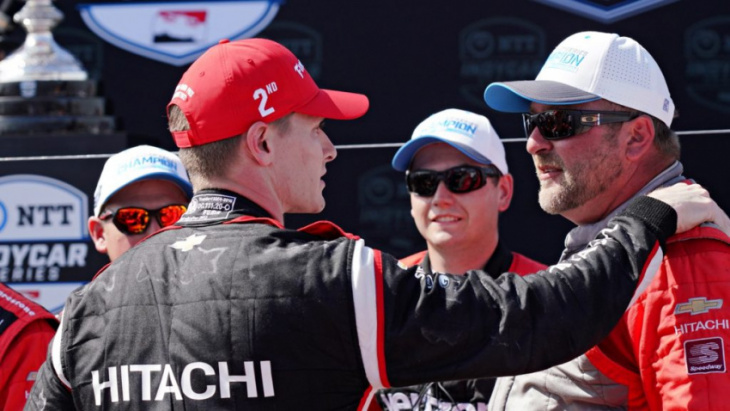 Newgarden took the time to congratulate Power’s crew after they had won the championship. Photo: Kevin Dejewski

In a very gracious move, Newgarden not only congratulated his team-mate on his second championship, but made sure to shake the hand of every member of Power’s crew to show his support the other side of the Team Penske garage.

With the five wins he was able to achieve in 2022 still not enough to claim the title, the veteran will be looking to earn more consistent podiums next season in order to stand on the top step at the end of the year.