The Danish exotic carmaker has shown the design to probable customers ahead of its 2023 debut. 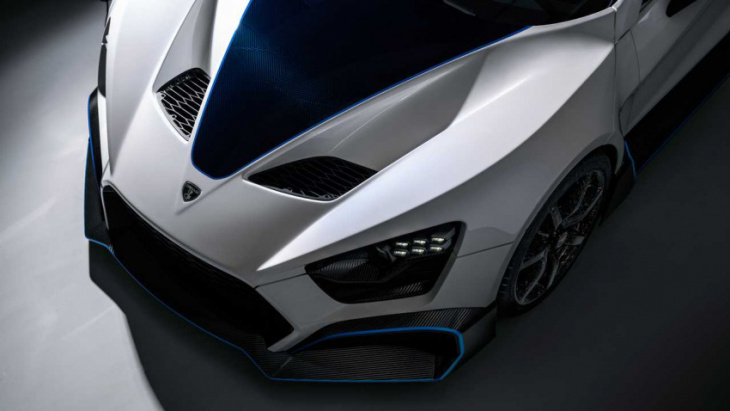 The year was 2018 and the event was the Geneva Motor Show. A Danish automaker presented a million-dollar hypercar called the TSR-S, which can sprint from a standstill to 62 miles per hour (100 kilometers per hour) in 2.8 seconds. The company? Zenvo, and it looks like the exotic carmaker wants to make headlines again next year.

In a confirmation made to Top Gear, Chairman and CCO Jens Sverdrup said that a V12-powered Zenvo hypercar is in the works. Its design is still a secret at this time but probable buyers have already been given an exclusive preview. The public debut is set to happen in 2023.

Sverdrup isn’t secretive with the upcoming hypercar’s details, though. He told the publication that the unnamed car will have a brand-new modular carbon fiber chassis, along with a new gearbox, modular V12 engine, and electric drivetrain. All of these elements are to be designed and built in-house.

Unlike the supercharged Zenvo TSR-S, the upcoming hypercar will have two electric turbochargers connected to the V12 mill, for a total of 1,200 horsepower (895 kilowatts). The target, however, is up to 1,800 hp (1,342 kW), which should be achieved through the use of an electric motor.

Sverdrup also shared that there are two versions being planned. One is a hybrid GT, with the electric motor mounted on the front axle for an all-wheel drivetrain. However, this is still up for discussion at this point. Meanwhile, the second version is said to be track-focused (but still road-legal) and could feature several aero elements for better downforce. The target weight is 2,756 pounds (1,250 kilograms), according to the publication.

The price is likewise undisclosed at this time but considering the previous cars made by the company, such as the $1.2-million Zenvo TS1 GT, we’re not expecting anything less.