We’ve seen some pictures of the new Chevy Blazer EV. But now, Chevy has revealed a couple new marketing videos that show, for the first time, the Blazer from all angles. For example, the Blazer comes in three trim levels, and in the videos at Chevy’s new Blazer EV Academy, you can see the differences. The Blazer EV is expected to challenge the Ford Mustang Mach-E and Tesla Model Y in the compact SUV market.

Watch a tour of the interior of the Blazer EV

The new Blazer EV SUV has some sporting pretense to it, especially in RS and SS trim levels. To give a sporty feel, GM gave it a flat-bottom steering wheel like a race car. It also has a large 11-inch display, and several color options, depending on which trim you pick.

How much will a Chevy Blazer EV cost? 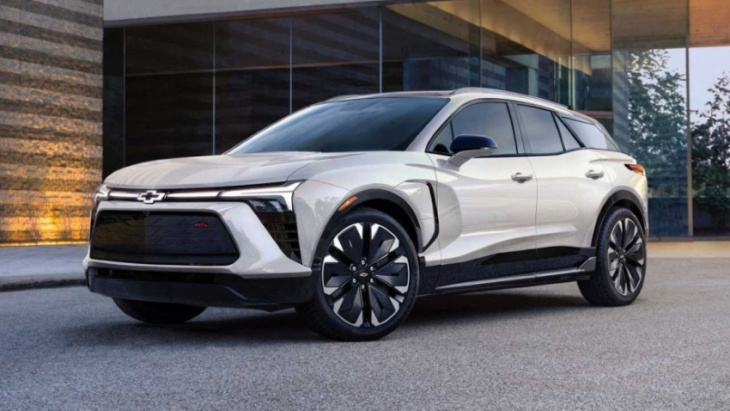 Chevy has been slowly giving us info about its upcoming 2023 Blazer SS EV SUV and the 2023 Equinox EV SUV. These two, along with the new Chevy Sierra EV pickup truck are some of the most exciting Chevys to come to market in several years. But, they’re not here yet. The new five-seat Blazer will be here in 2023.

The Blazer 1LT starts at $44,995, while a mid-level 2LT should cost $47,595. Chevy has only used the SS badge on its super sports cars for a reason. Though the specs aren’t fully released, it will cost $65,995 with 557 horsepower, and come with 22-inch wheels, Brembo brakes, and a 290-mile range. It also has Super Cruise available. Chevy is continually releasing drips of information to magazines, like InsideEVs, but not all the specs have been released.

The new SS Blazer EV will be the fastest, most expensive version

Chevy has released the targets for the 2024 Blazer EV. The company says with its 557 horsepower, the SS model should spring to 60 mph in less than 4 seconds while using Wide Open Watts (or WOW) mode.

What is the range of the Chevy Blazer EV?

Chevy estimates the range of the new Blazer EV at 290 or 320 miles on a full charge. You can order it in front- rear- or all-wheel drive, and with two different battery packs, which will impact the range. The new Blazer will have an onboard charger that is rated at 11.5 kW. The SS version also gets a unique front grille, two-tone color scheme featuring a black roof and A-pillars that complement the Blazer EV’s body color pallet, standard 22-inch wheels and more.

Don’t forget about the gas-powered Blazer 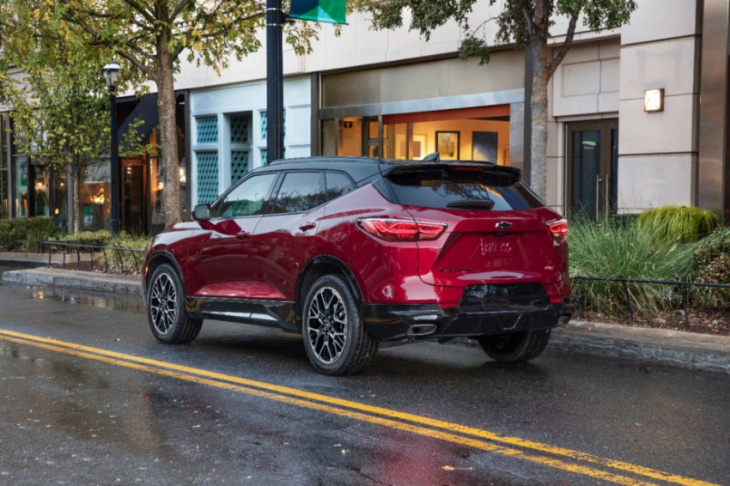 The gas-powered Chevy Blazer is getting its first big update since 2019. It has a new grille with new headlights and new taillights, and it comes in several new colors. You can order the five-seat Blazer with all-wheel-drive and a new twin-clutch automated transmission. On the inside, the new Blazer will get a new infotainment system, wireless charging, and a wi-fi hotspot optional. It also has offers new driver assistance aids.

The gas-powered Blazer is Chevy’s best-selling SUV today. There will be a price increase, however, on the 2023 version.