New tech can hurt car-owner satisfaction, but is good for adoption: J.D. Power

The U.S.-based consumer research organization found that, of the pieces of new tech included in the 2022 TXI study, 46 per cent of them experienced at least one problem that outmatched the worst attribute included in the firm’s 2022 Initial Quality Study (IQS). For example, the relatively recent introduction of fingerprint readers has proved to be more problematic than any other technology examined in the TXI’s history. It scored 54.3 PP100 (problems per 100 users surveyed) and the lowest overall satisfaction score of 6.08 on a 10-point scale, making it more frustrating to consumers even than the previous loser, interior gesture control.

But J.D. Power points out that not all implementations of a certain technology are the same. Some automakers simply do better with the tools at hand. In their words, “there can be a large variation in the number of problems encountered for a particular tech, meaning that some automaker executions are much better at meeting user expectations.”

The organization also warns that avoiding the implementation of new tech is also not the way to go, as technological progress is one of the clearest routes to continued success in the industry.

“Innovation is non-negotiable,” said Kathleen Rizk, senior director of user experience benchmarking and technology at J.D. Power. “The fact that the average PP100 for a technology is high should not discourage automakers from innovating, as there is often a wide range of total problems experienced for a technology across the brands. […] Automakers should consider benchmarking brands that innovate well for a technology, which would allow them to identify and then integrate best practices.” 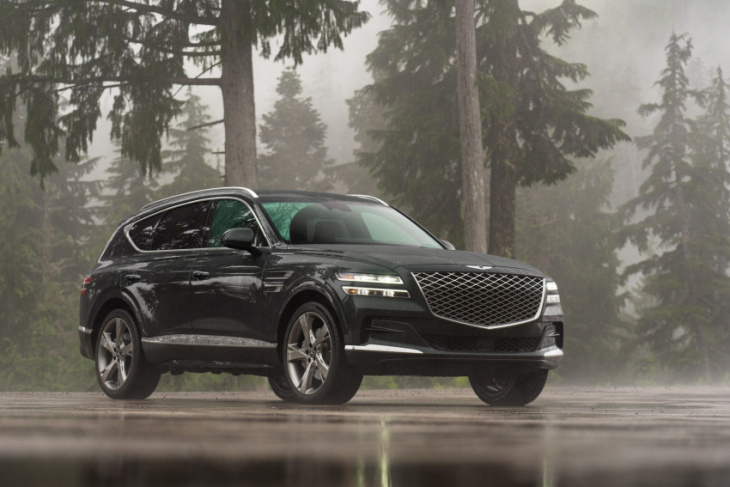 Such marques to benchmark include Genesis, which ranked highest overall and among premium brands with an Innovation Index score of 643; or Kia, which took top Innovation marks amongst the mass-market brands. Included in the index for the first time, Tesla actually scored a 681, but due to its continued refusal to grant access to information to J.D. Power, it remains ineligible for awards.

Individual models called out for their strong execution of particular advanced technologies include the Cadillac Escalade, which won the convenience award for its camera rear-view mirror setup; the Mitsubishi Outlander, which won the mass market’s emerging automation award for reverse automatic emergency braking; and the BMW X3, whose phone-based digital key technology made it the obvious pick for infotainment and connectivity in the premium segment.