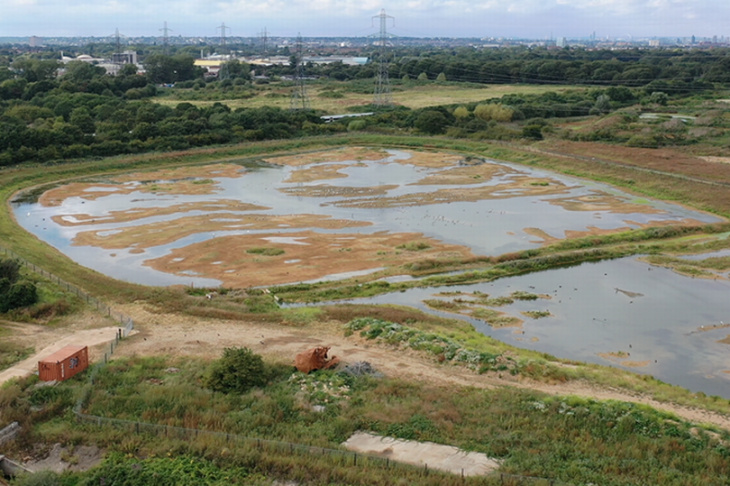 A South London nature reserve bigger than Hyde Park is “highly unlikely” to be completed by the end of next year. Beddington Farmlands is the site of a former sewage works and was a landfill site until the early 2000s.

The restoration of the land as a nature reserve was one of the conditions of the building of the Beddington incinerator, granted in 2013. It was supposed to be completed by the end of 2023 but work on the site has been delayed.

Sutton Council has revealed it is now considering taking legal action against Valencia Waste Management, formerly Viridor, which is in charge of the project.

At a meeting on Monday night, Councillor David Bartolucci said there has been no real progress on the farmlands since January. He said: “The site will form a key part of the Wandle Valley regional park and will provide a habitat for threatened species including the lapwing and other wading birds.

“The creation of the Beddington Farmlands will create the single biggest site dedicated to nature in Sutton and will help provide habitat and species resilience in face of the changing climate.”

Cllr Bartolucci said the council has been “consistently concerned” about the progress over the last few years with not enough staff and resources allocated to the project.

In April this year Viridor was sold to Valencia Waste Management. Cllr Bartolucci told the meeting, since then the project manager has left and other staff “not overly familiar with the project” have been brought in to provide cover.

Cllr Bartolucci said: “The council has always been concerned that neither Viridor or Valencia Waste Management appear to have any detailed programme works or contingency plans to deal with changing site conditions. The most recent detailed assessment of progress by council staff concludes that the delivery of substantial completion of each habitat by December 31, 2023 is highly unlikely.”