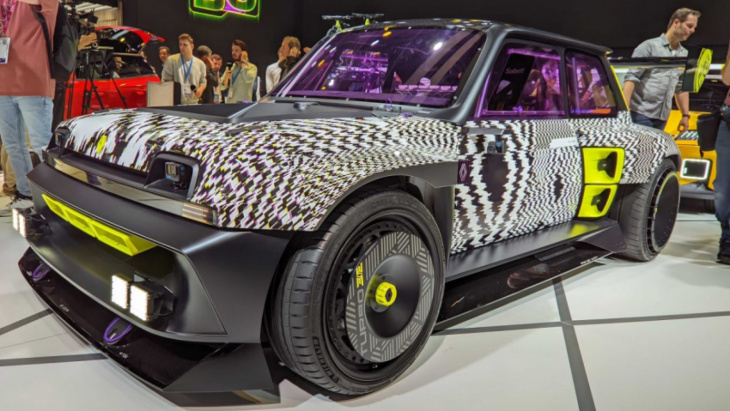 Renault boss Luca de Meo says he wants to build a roadgoing version of the company’s stunning 5 Turbo 3E electric concept car – but that funding the project is now more of a challenge than finding a technical solution for it.

The Turbo 3E has made its public debut at the Paris motor show – a tribute, de Meo says, to the 50th anniversary of the original Renault 5. In effect based on an Andros Trophy ice-racer spaceframe chassis, the wild concept packs a pair of electric motors at the rear for a total output of 375bhp.

During Renault’s official press conference, de Meo revealed that the firm “has almost found a way of making it work” and said that he could envisage watching the car being driven by a “new Ragnotti” [a reference to French rally legend Jean Ragnotti] over a famous Monte Carlo Rally stage like the Col de Turini. 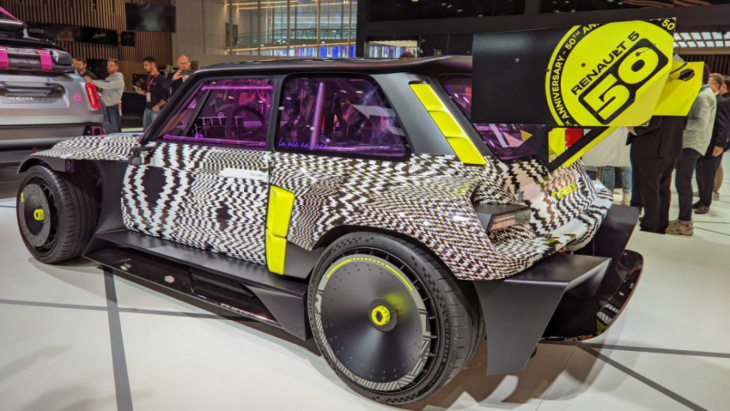 Speaking to Auto Express, de Meo insisted that he was “absolutely serious” about the idea of a production run. “We’ve almost found the technical solution,” he said, “although without things like the roll cage, etc. But now the issue [is] to find the money to push for it. We have to wait and see – maybe if things continue to go well or go better than expected, it could happen. Or maybe I look to crowdfunding as a way of finding the money for it.”

De Meo issued a public challenge to motorsport’s governing body, the FIA, to create rally rules that would allow even a homologation-special version of the Turbo 3E to compete. “We know it needs a change in the regulations,” he said.

It’s not clear how any extreme Renault version of the forthcoming 5 EV would sit in its hierarchy with Alpine’s widely anticipated take on the baby hatchback.