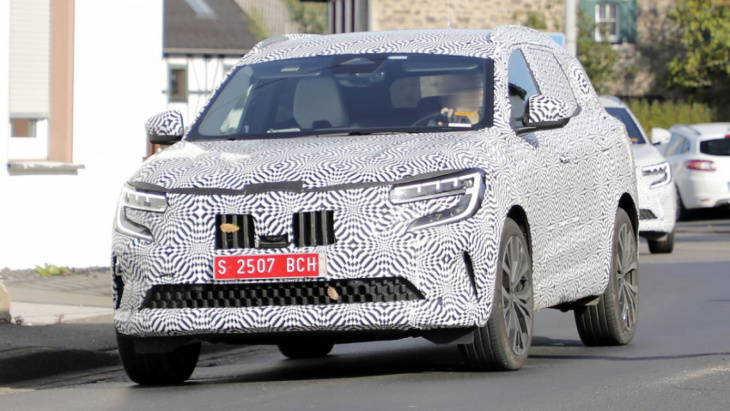 A new range-topping car is coming to the Renault lineup and we’ve spotted it testing for the first time. It’ll be called the Grand Austral and sit above the incoming Austral SUV as the flagship model for the French firm.

Renault has previously added ‘Grand’ to its cars to signify a larger variant with in the case of the old Grand Scenic, an extra row of seating. We expect the new Grand Austral to follow this style, acting as a more practical, seven-seat alternative to the regular five-seat Austral model.

The platform is likely to be the same CMF-D architecture we’ve seen underpin the new Nissan X-Trail (which is available as a seven-seater). CMF-D is essentially a stretched version of the CMF-C platform used by the Nissan Qashqai and Renault’s own Austral. As a result we can expect this Grand Austral to gain an extra 38mm to match the X-Trail’s 2,705mm wheelbase.

Unlike the similarly-sized X-Trail, the Austral won’t use Nissan’s e-Power engines, with Renault preferring its own hybrid set up. The regular Austral will only be offered in higher Alpine specification when it arrives in the UK with the full-hybrid, 196bhp 1.2-litre three-cylinder unit and we expect the Grand Austral to follow suit.

Although this is our first look at Renault’s new SUV, we can already deduce plenty of its styling cues. The front end isn’t likely to change much from the Austral and neither are the flanks, until you get to the C-pillar. 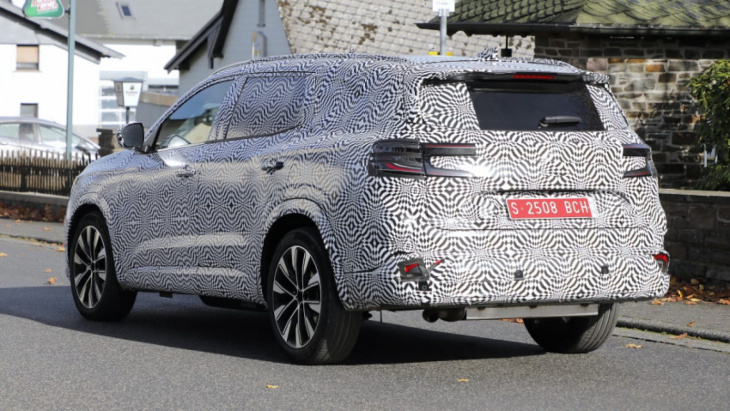 At the rear we can see a much less rakish rear window, allowing for more headroom for a third row of passengers. The rear lights look to be retained, as does the overall boot lid shape and number plate surround.

Renault is yet to announce how much the smaller Austral will cost, with expected pricing around £38,000. The larger Grand Austral will obviously cost more when it arrives in 2023, potentially rising to roughly £47,000 to match higher-spec variants of the new X-Trail.

Now read our list of the best family cars…