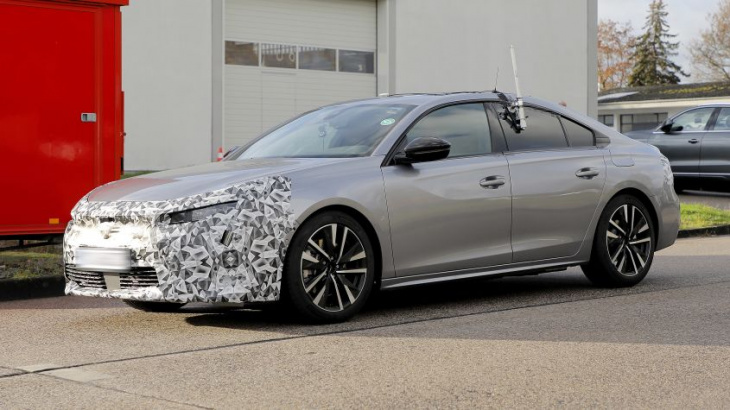 Since its debut in 2018, the Peugeot 508 has been a great choice for buyers wanting a smart and stylish executive car, but who don’t want to spend the earth for a German alternative such as the BMW 4 Series Gran Coupe. Peugeot is set to renew the car’s appeal in 2023 with a significant facelift that will bring the 508 in-line with rivals such as the Skoda Superb and Volkswagen Arteon.

Spy photographers have already snapped test mules of the updated 508 out and about on public roads, giving us our first glimpse of what we can expect. Since the 508 went on sale, Peugeot has radically changed its logo and we can expect the new coat of arms-esque design to feature prominently around the car.

Like most mid-life facelifts, this update will likely bring with it a host of new customisation options such as paint colours and new alloy wheel designs. Of course, this won’t be the only way to identify the new car – heavy camouflage around the LED headlights and taillights hint that the new car will feature revised lighting signatures to help it stand out in the dark.

Driver assistance tech is important for an executive car such as the Peugeot 508 as these types of vehicles are typically used frequently on long motorway journeys. While the lack of extra trim pieces on the exterior of the 508 test mule suggests there won’t be any leaps forward in this department for the facelift, there could well be a host of software-based updates to improve the performance of the car’s pre-existing functions. 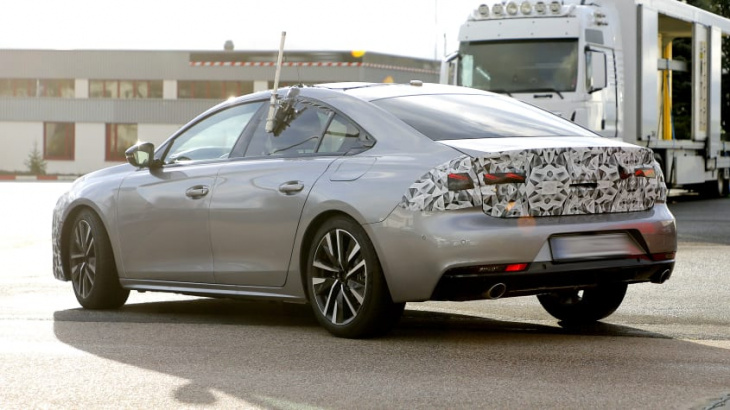 On the inside, the new Peugeot 508 will retain the old car’s controversial i-Cockpit infotainment system; this comprises a smaller steering wheel to sit below a large digital instrument cluster. We could, however, see the 508 get the same touchscreen setup as the smaller Peugeot 308; instead of a row of physical toggle switches in the centre, the 508 could get an extra touchscreen to sit below the 10-inch main display, which would offer shortcut buttons to features like the sat-nav and radio.

It’s likely diesel power will continue to be offered on the 508, alongside petrol and plug-in hybrid powertrains. The addition of 48-volt mild-hybrid tech could marginally benefit fuel economy for both the petrol and diesel lineup, although we expect the biggest updates to come to the PHEV.

The Citroen C5 X – with which the 508 shares many of its parts – recently received an update featuring a more efficient hybrid system that improved the car’s electric-only range. It’s highly probable this improved hybrid tech will come to the new 508 as well, potentially pushing the car’s zero-emissions range over 40 miles and thus the car itself into the lower 8% Benefit-in-Kind tax bracket for company car drivers.

Peugeot hasn’t yet released any details about a facelift for the 508, so we can expect the full reveal of the new car to still be months away. It’s likely, however, that the facelifted model will be revealed sometime in the first half of 2023, going on sale later that year. Pricing is also hard to pinpoint, but you can expect a slight increase over the current car’s circa-£34,000 starting price.