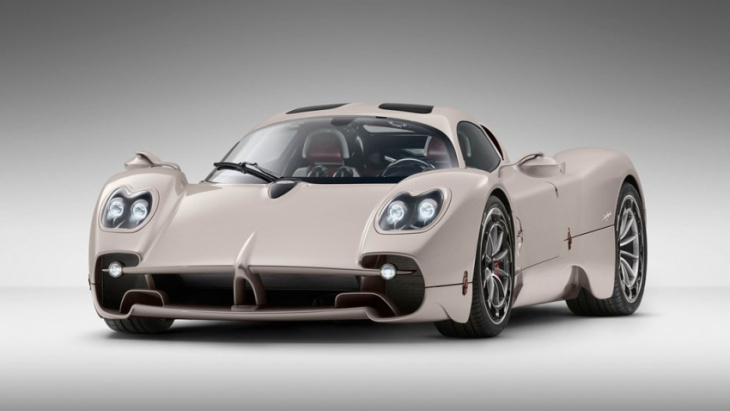 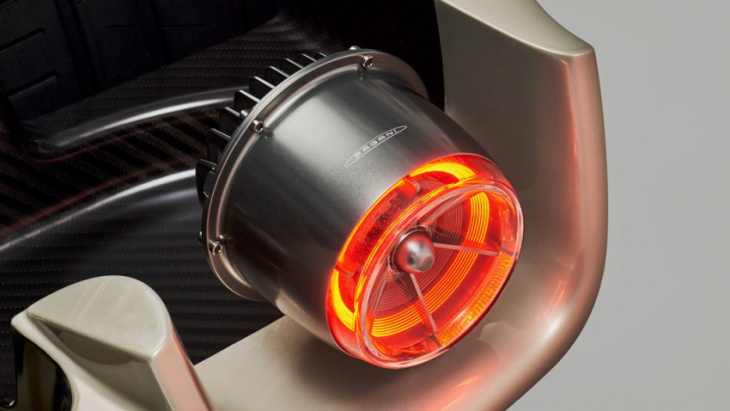 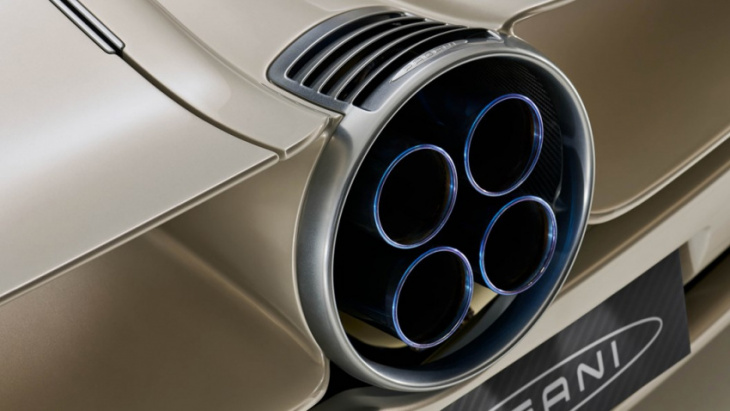 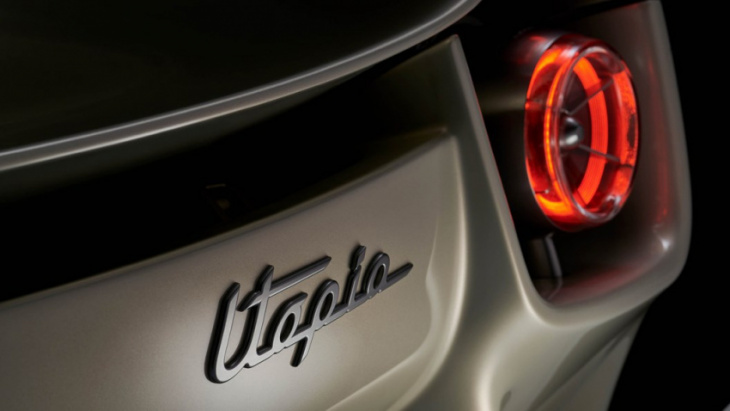 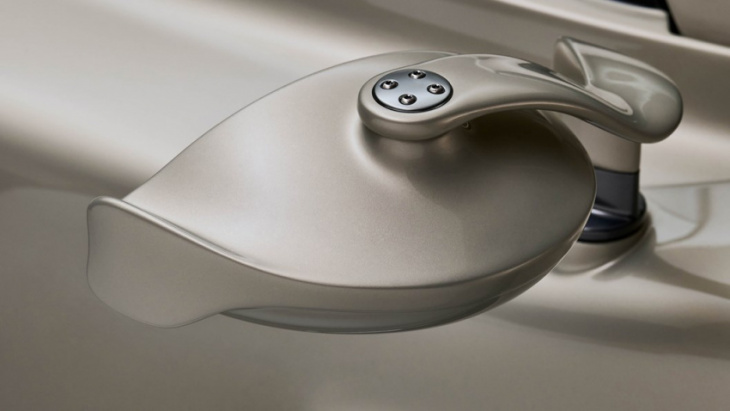 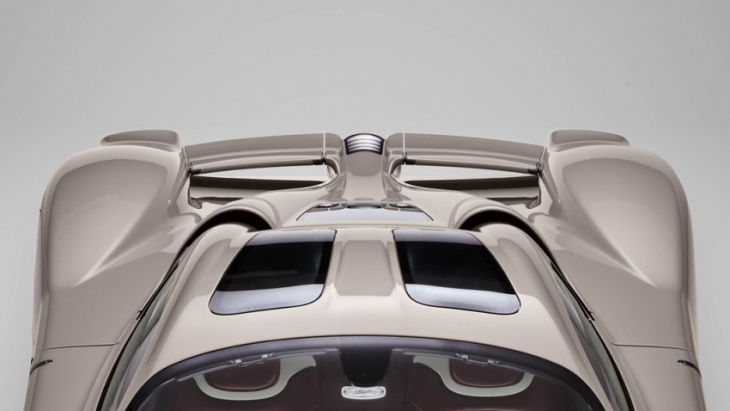 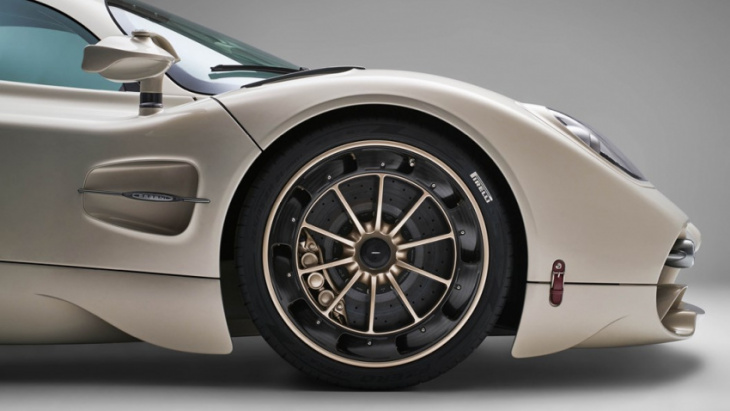 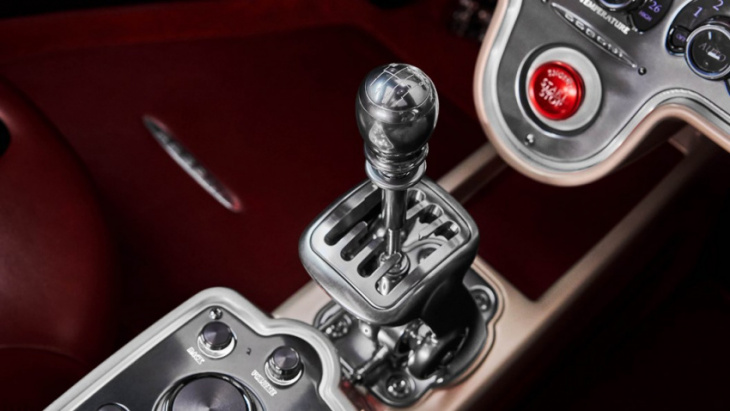 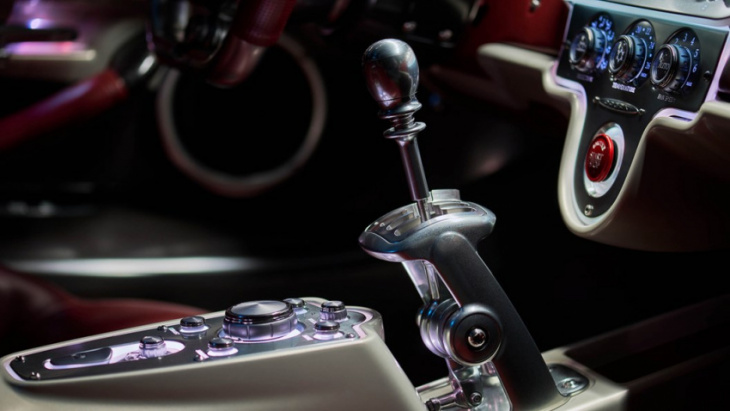 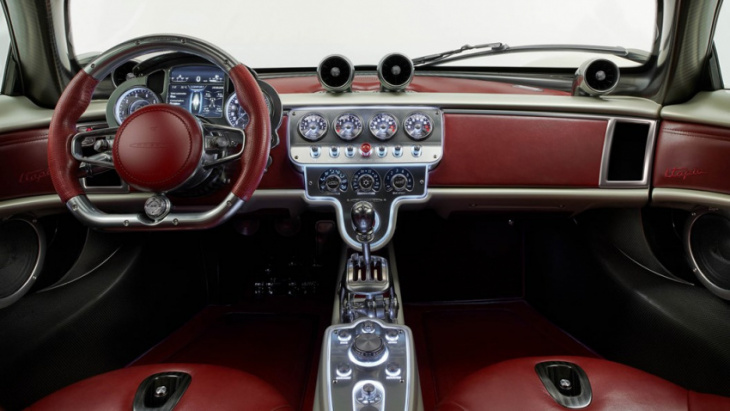 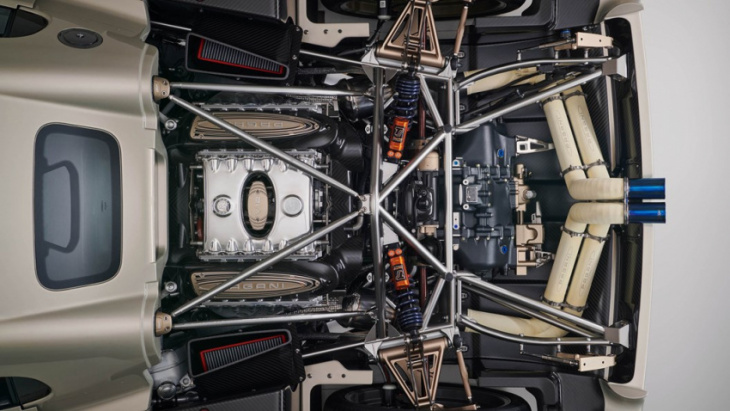 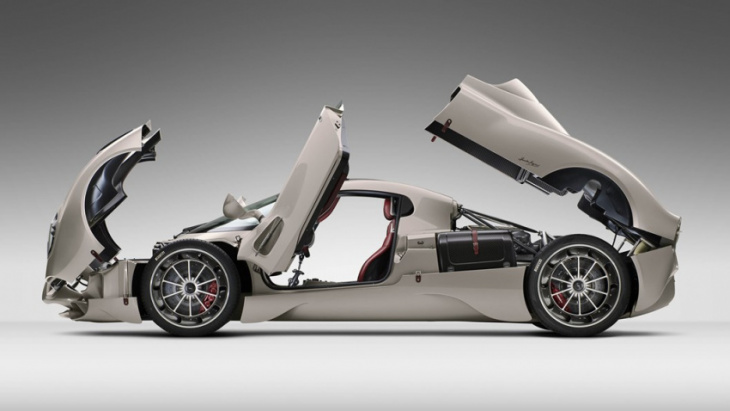 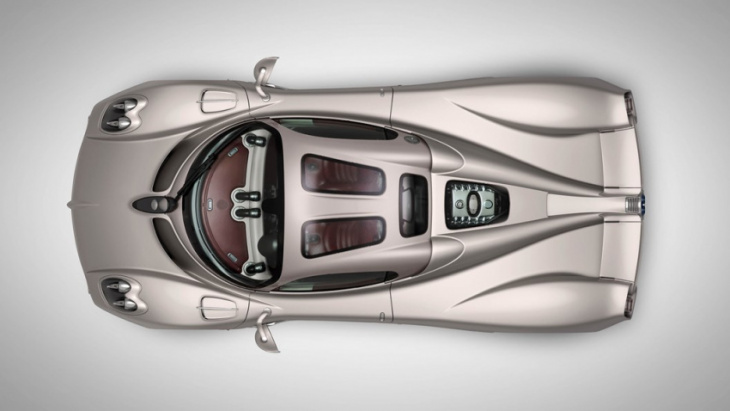 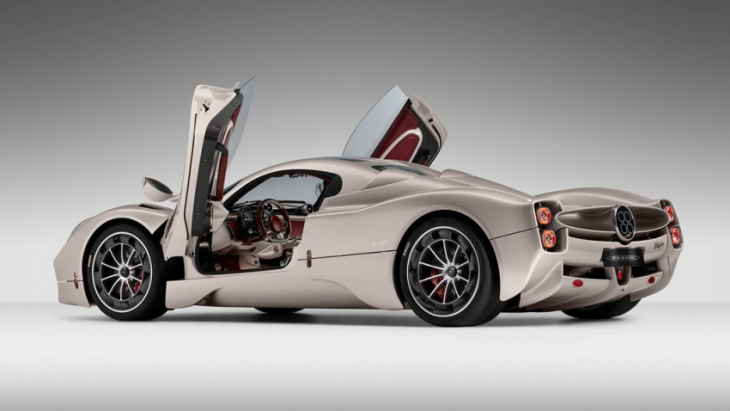 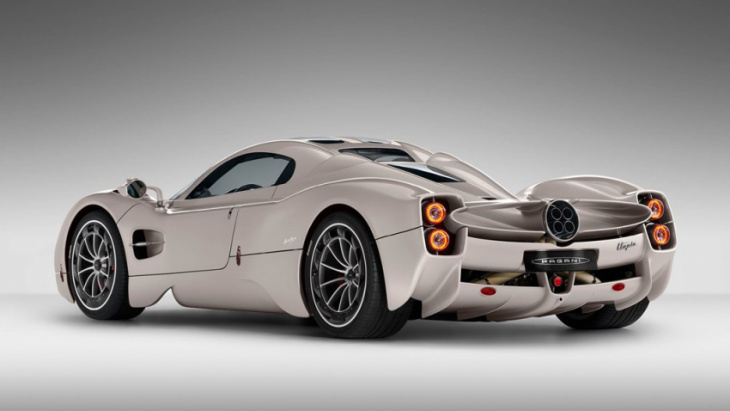 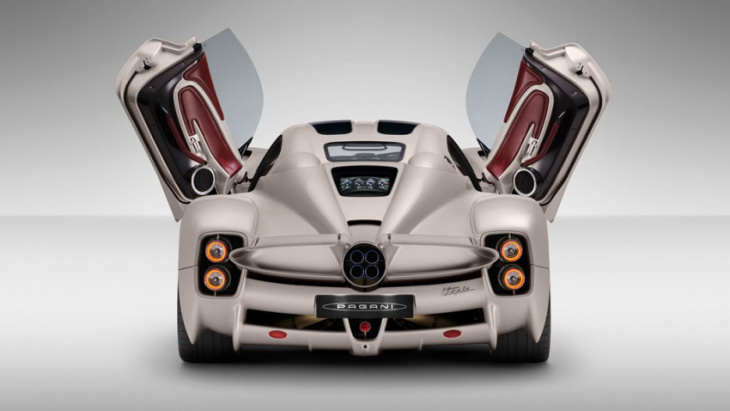 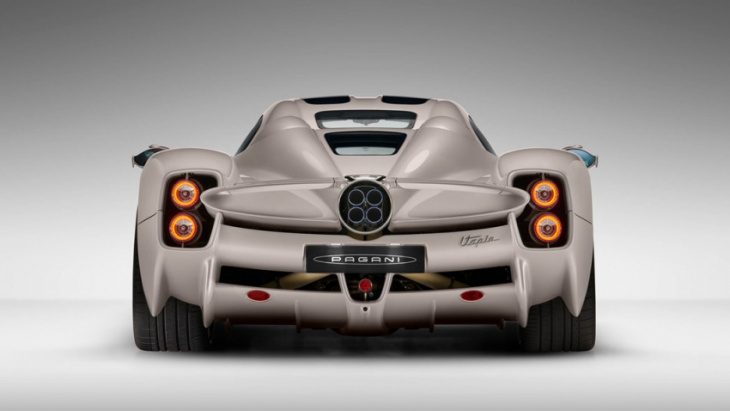 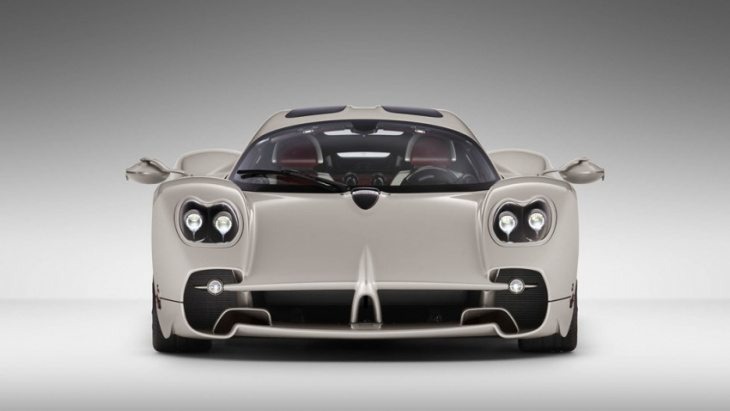 ► Pagani launches its third hypercar► Powered by a twin-turbo 6.0-litre V12…
► … with absolutely no hybrid assistance

This is the new Pagani Utopia. It’s the Italian company’s latest hypercar, which follows on from the Huayra and the Zonda. It’s also only the third brand-new car the firm has launched, which is quite unusual considering Pagani has been in business since the early nineties. For comparison, Ferrari has churned out almost three times as many cars in the same amount of time.

But, while rival brands Ferrari and McLaren have moved into the electrified era with hybrid cars like the 296 GTB and the Artura, Pagani is still stuck in its old ways. Apparently, the company had a word with its most loyal customers to ask them what they wanted to see from its next hypercar – and all of them said they didn’t want any of that hybrid rubbish anywhere near the Utopia.

So, Pagani dutifully complied. Like its predecessors, the Utopia is powered by a twin-turbocharged 6.0-litre V12 engine developed by Mercedes-AMG. However, this unit produces a whopping 852bhp and 811lb/ft of torque, making it the most powerful road car Pagani has ever built. If that wasn’t dangerous enough, all that power goes to the rear wheels via a seven-speed automated manual gearbox. Pagani turned to the motorsport transmission expert Xtrac for help, who developed a new unit with a beefy triple-plate clutch and gears strong enough to receive the engine’s immense torque figure without being reduced to shrapnel. Later in its life, the Utopia will also be available with a proper manual gearbox with a clutch pedal.

Pagani hasn’t yet told us the Utopia’s top speed or 0–62mph time, but we’re expecting the first number to be very big and the second to be quite small. The hypercar’s monocoque is built using a similar blend of carbon fibre and titanium as the Huayra, and there are lightweight tubular chromoly steel subframes at either end to hold the engine and suspension in place. These materials, coupled with the lack of a heavy hybrid system, mean the Utopia weighs a nimble 1,280kg – meaning there isn’t much to hold the engine back.

The technical make-up of the chassis is quite impressive, too. You get double wishbone suspension on all four corners (like a racing car), massive carbon ceramic Brembo brakes and adjustable semi-active shock absorbers which Pagani says will allow the car to both “attack the kerbs” on a racing circuit and get you home in comfort. 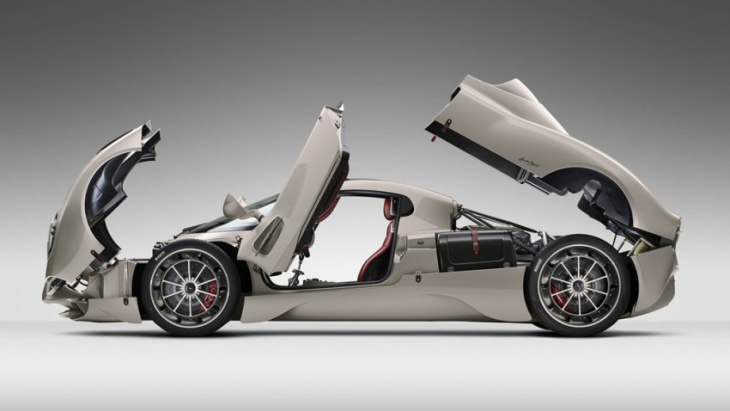 The Utopia’s styling is just as mad as previous Paganis. The company’s founder, Horacio Pagani, penned the design himself, pulling inspiration from a broad range of disconnected concepts. For example, the rear lights are inspired by jet turbines, but the materials used in the cabin pay homage to 1950s and 1960s fashion.

Like previous Paganis, the Utopia has a staggered wheel setup, with 21-inch alloys up front and 22-inch alloys at the rear. They’re wrapped in a set of specially designed tyres from Pirelli. The car also features the brand’s now trademark quad-exit exhaust system poking out of the rear bumper.

What’s more, Pagani says the Utopia’s striking bodywork generates real downforce, although the brand has neglected to tell us exactly how much. Supposedly, the front splitter feeds air under the car to the rear diffuser to suck the hypercar into the road. The splitter also channels air over the front brakes through those vents in the doors to aid with cooling. 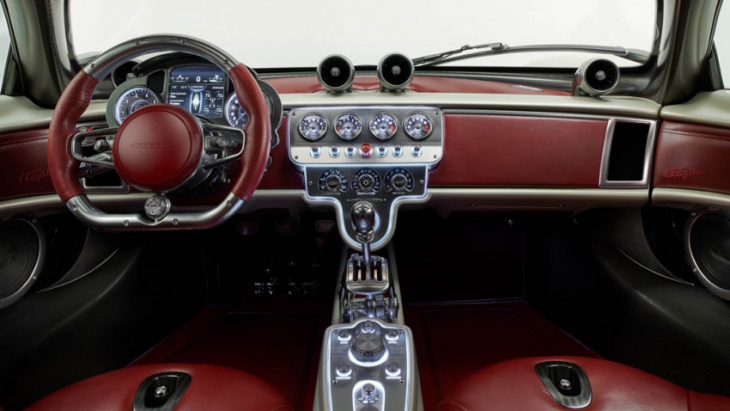 The Utopia has an active rear spoiler, too, which can independently alter the downforce balance across the rear of the car by engaging a pair of flaps that work like ailerons on an aeroplane. Pagani says this complex aero was designed to make its newest car safer and more predictable.

Inside, the Utopia continues to break from convention. For starters, there isn’t an infotainment system in the middle of the dashboard. The only screen you get is the digital gauge cluster ahead of the driver – every other instrument in the cabin is analogue.

Pagani has already started production of the Utopia. The first batch of cars will be limited to just 99 examples – and all of them have already been assigned homes. We haven’t yet been told how much the hypercar costs but, given the exotic materials and tiny production numbers, it certainly won’t come cheap. 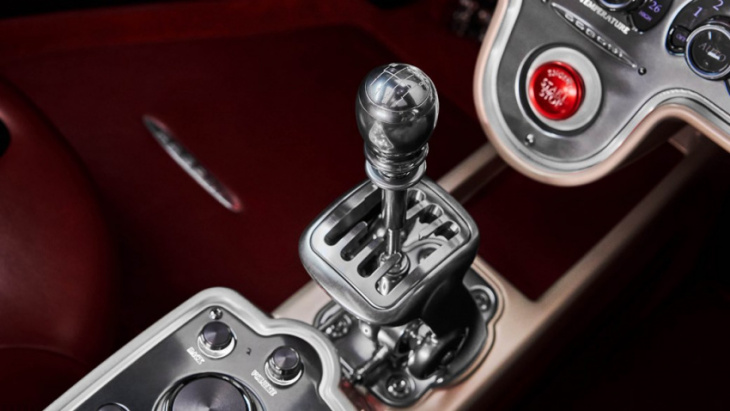 The 2017 Acura NSX and 2017 Audi R8’s pricing isn’t too surprising The NSX uses more technology than the R8 for its power Which supercar is quicker? Which supercar should you pick? Comparing the Audi R8 to the Acura NSX is like comparing an old-school barber to a modern ...

Back in 2017, Hyundai surprised pretty much everyone with the i30 N – a car that seemingly came out of nowhere, and helped cement Hyundai’s place in the enthusiast scene. But little did we know, the history of the N brand could’ve been very, very different, and perhaps even ...


View more: Hyundai nearly made a mid-engine supercar to launch its N brand

It’s for the metaverse.