The next-generation Countryman shares a platform with the BMW X1. 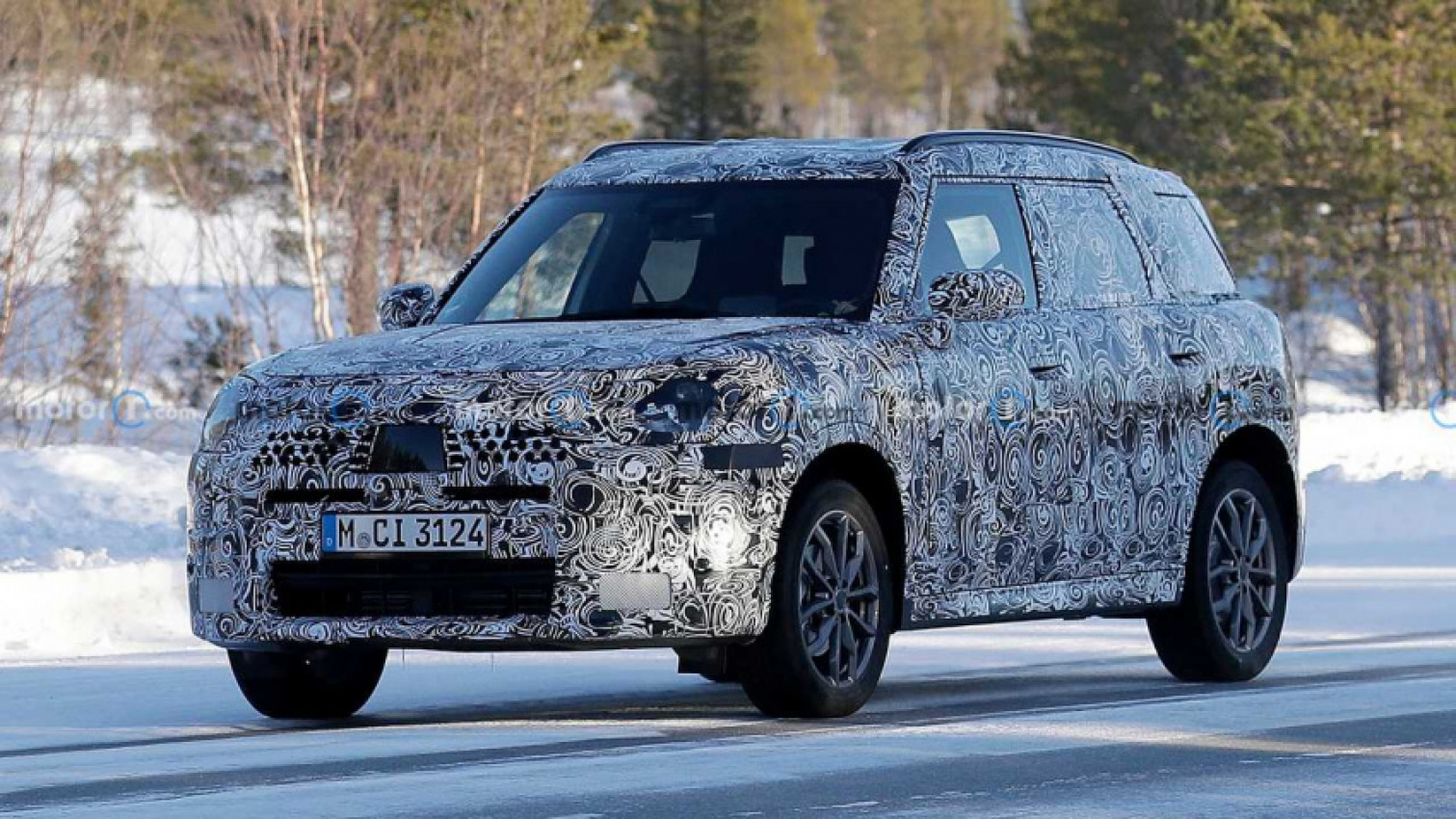 Winter testing will be over soon, which means automakers are more active than ever in the chilly northern reaches of Scandinavia. There isn’t much time to wrap up cold-weather operations, and our eagle-eyed spy teams caught Mini putting the next-generation Countryman through its paces.

We haven’t seen much of the new model. This is just our fourth sighting since first catching wind of its development in October 2021. Unfortunately, the level of camouflage looks the same as when we first saw it, but the combination of sun and snow in these images gives us a better perspective on its size. The crossover will grow compared to the current model, sharing the FAAR platform with both the BMW 2 Series Active Tourer and the next X1. Our spy sources tell us it could be nearly 8 inches (20 centimeters) longer, offering more space for passengers as well as increased cargo capacity. 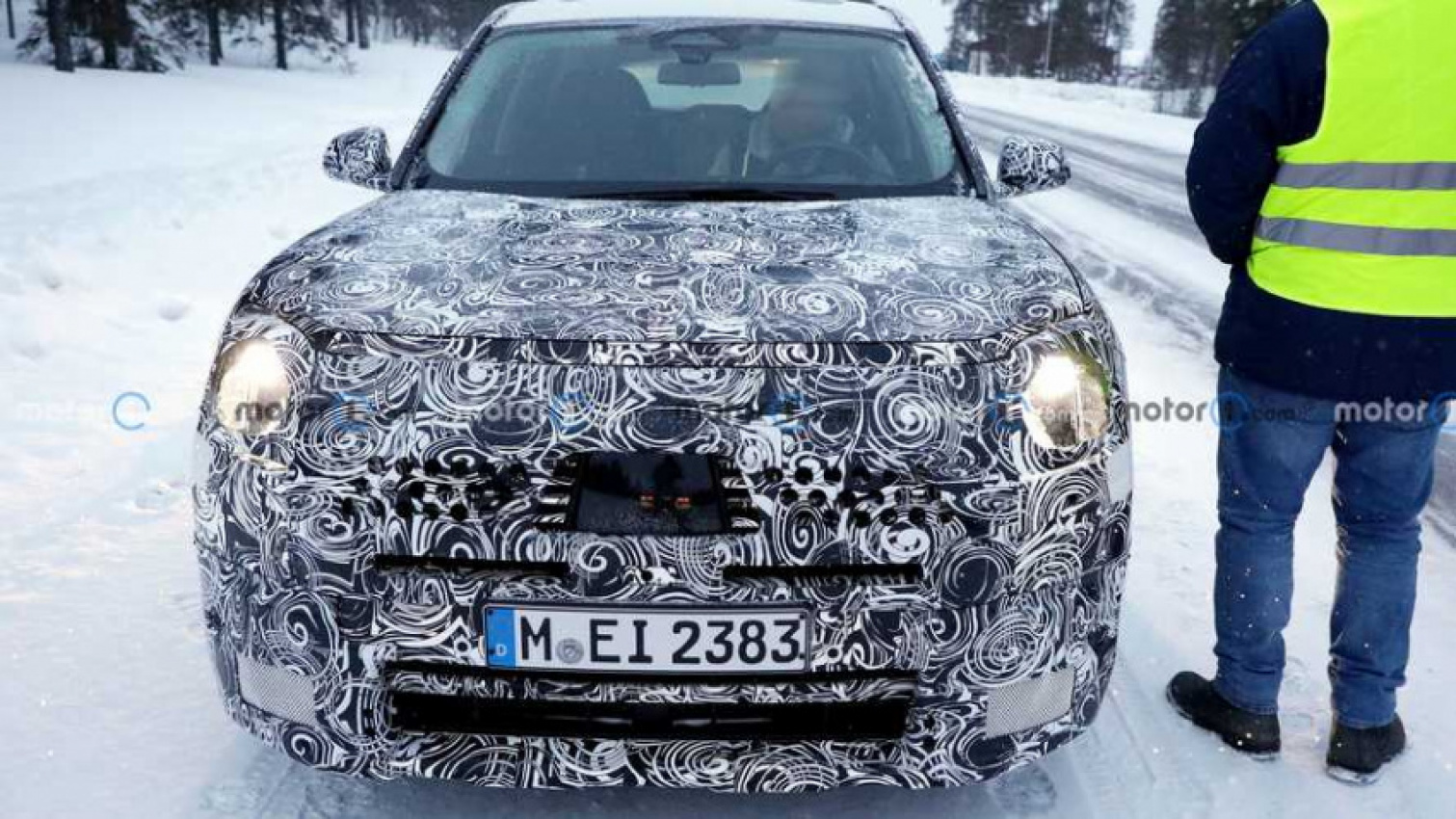 Though camouflage still hides details front and rear, we can see the Countryman’s overall design will be very familiar with a wide grille flanked by two ovalesque headlights. Looking very closely, the headlights on this prototype could be placeholders, though the housings suggest the final design might have sharper edges. The taillights are completely covered, and there could be some false panels under the rear wrap causing further confusion. There are no visible exhaust tips at a glance, but an extremely close look shows a single outlet pointing down on the driver’s side.

As such, this isn’t an all-electric Countryman though one is reportedly coming. A Plug-in hybrid version is also rumored to be the most powerful Mini of them all, with unconfirmed reports saying a turbocharged 1.5-liter three-cylinder will pair with an electric motor for a combined 322 horsepower (237 kilowatts). That would be an all-wheel-drive model; a less-powerful plug-in hybrid is likely, along with standard combustion-powered trims turning just the front wheels.

Based on the limited sightings and level of camouflage, we believe a Countryman debut is still some months away. Most likely, it will debut in 2023, possibly for the 2024 model year.

In another reliability survey, the Hyundai Tucson and MINI Convertible are deemed the most dependable new cars in the UK with a perfect 100 percent score. They were the only two all-new models, joined by the 2014-2019 Kia Soul and 2017-2021 Mitsubishi Eclipse Cross. Done by British car buyers ...

Senior Works Minister, Datuk Seri Fadillah Yusof, has announced that the Works Ministry will be carrying out repair works to fix federal roads that have expired service lives. Repairs are expected to be completed within a month and a half or in November. The ministry has allocated approximately RM ...

The SAIC-GM-Wuling joint venture is launching a convertible version of the all-electric Hong Guang Mini EV in China, which is extremely popular there. The Mini EV family of microcars has been ranked number one in China’s electric car sales rankings for 24 months in a row. According to a ...

It has a new home in BMW Group Classic’s heritage collection.

Car manufacturing could be reborn in Australia in the coming years if we were to make electric vehicles here, a senior minister has said. Minister for Energy and Climate Change Chris Bowen told a global clean energy forum in the US that he wanted to see an EV manufacturing sector ...

Mini Aceman Spied For The First Time As The Electric Countryman

Plug-in hybrids have a bright future in Australia despite slow uptake and incoming electric cars: Mini