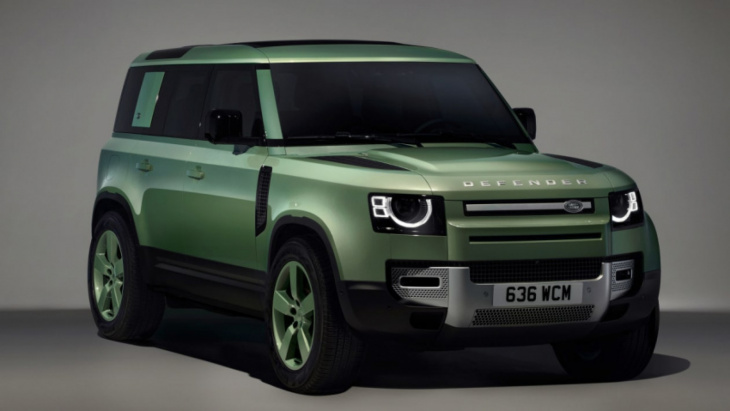 Land Rover reaches its 75th anniversary next year, but it’s starting its celebrations early with the Defender 75th Limited Edition. It’s available to order now, with prices ranging from £85,995 for the 90 and £89,995 for the larger 110 model.

Helping the 75th Limited Edition stand out from the standard Defender HSE on which it’s based is Grasmere Green paint, which is found outside and inside. There are also 20-inch alloy wheels in the same finish, which are fitted with off-road tyres. On the outside there’s a unique 75 Years graphic, the bumpers are painted in Ceres Silver and privacy glass comes as standard.

The interior has also been given a mild tweak. There’s a laser-etched ‘75 Years’ detail on the dashboard, the seats are trimmed in ‘Resist Ebony’ (black, in other words) and the centre console uses Land Rover’s ‘Robustec’ fabric. 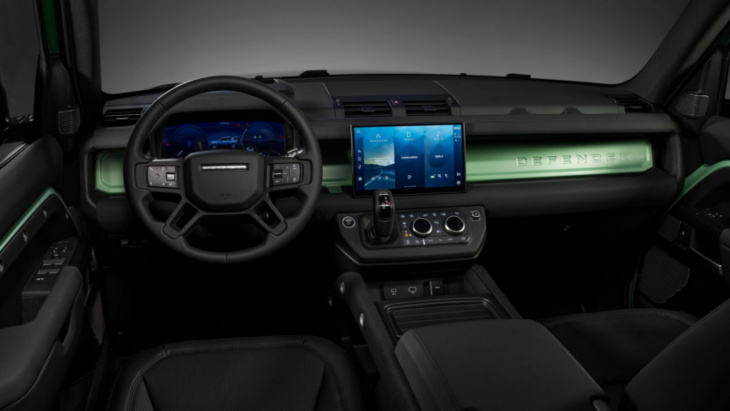 In addition there’s a folding fabric roof or the option of sliding panoramic glass with roof rails. Up front, there are 14-way adjustable heated seats and a heated steering wheel, while three-zone climate control is also included.

Under the bonnet, the Defender 75th Limited Edition is available with the P400e plug-in hybrid powertrain (110 models only) with 398bhp and 640Nm. A 296bhp D300 diesel mild-hybrid is also available for either bodystyle, while every model gets an eight-speed automatic gearbox and permanent four-wheel drive.

As well as the car itself, buyers will receive a unique watch, backpack and T-shirt with Defender 75th Limited Edition branding.


View more: The Defender Took a Back Seat During the Land Rover TReK 2022 Competition

Jaguar Land Rover has begun converting its Halewood plant to support the company’s transition to electric vehicles. After several years of uncertainty, workers at the Halewood plant can finally take a deep breath and, for the rest of us, get ready for the first all-electric Land Rover due in ...

Jaguar Land Rover Malaysia has added the all-new 2022 Land Rover Defender 90 to its iconic line-up subsequent to the launch of the Defender 110 in October last year. The all-terrain award-winning model which has been crowned as the most capable Land Rover to-date sports a modern and bold design, ...

The latest generation of Land Rover's luxurious Range Rover Sport SUV hits the road (and the trail) this year with new mild-hybrid and plug-in powertrain options.

If Land Rover had really wanted to impress us with the agile and capable nature of the redesigned 2023 Range Rover Sport, the automaker would have programmed the navigation to do on purpose what we did by accident. After missing an exit on a roundabout outside Madrid, we ended up ...

2023 Land Rover Defender 110, 75 Years edition, profile Land Rover is marking its 75 years of existence with a limited-edition green Defender. No it’s not an all-electric version of the SUV, but rather one that will be decked exclusively in Grasmer Green, an exterior colour never before applied ...

How Do Car Seats Fit in a 2022 Land Rover Discovery?

Vale Arthur Goddard: Godfather of the Land Rover dies at 101

New Land Rover Defender Ends Up On A Tow Truck... In Lego Form