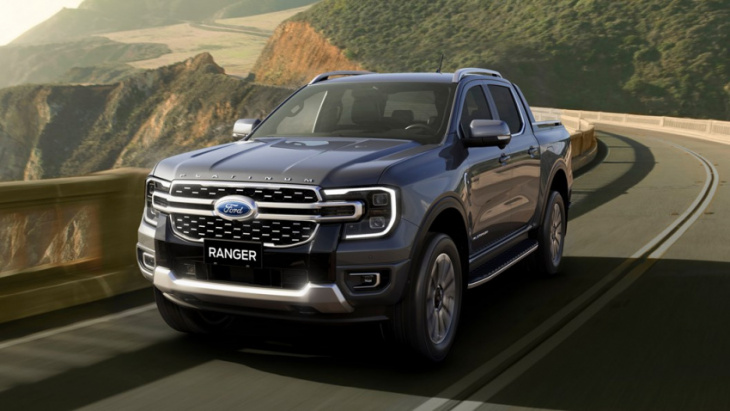 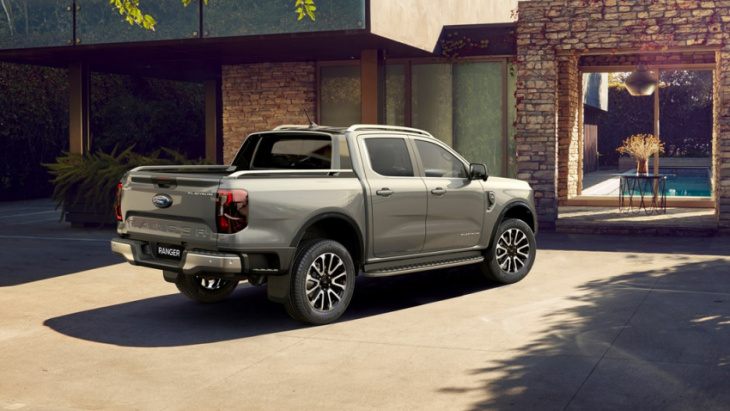 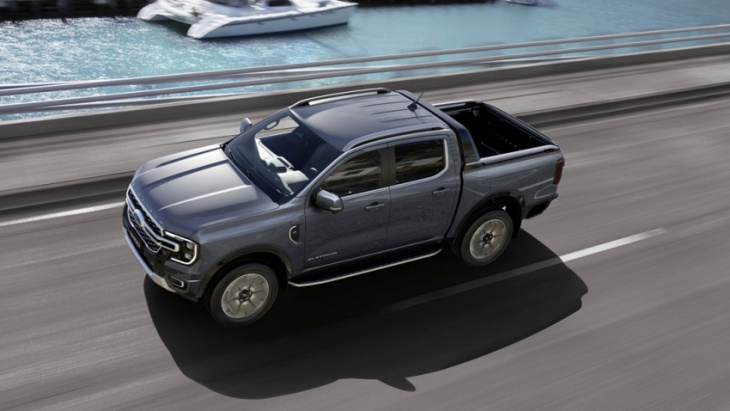 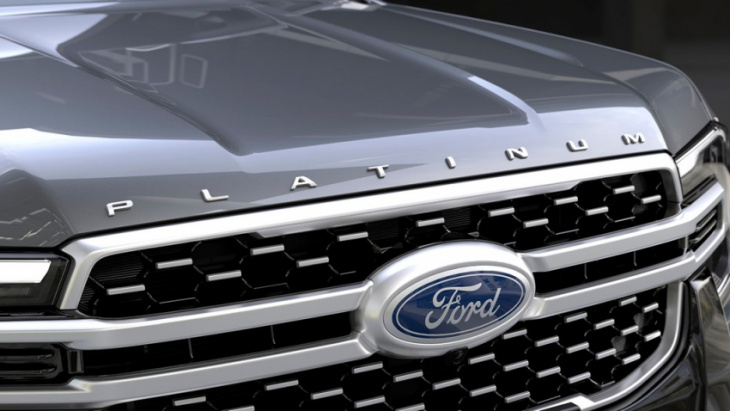 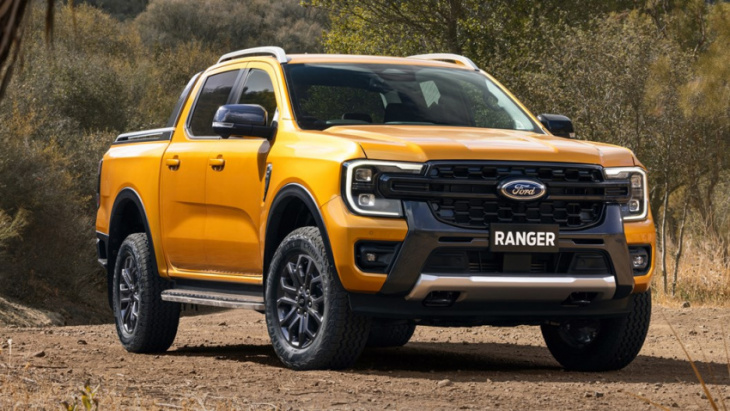 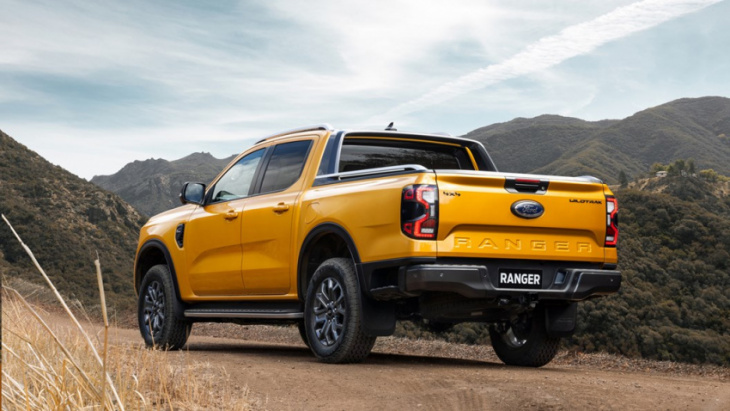 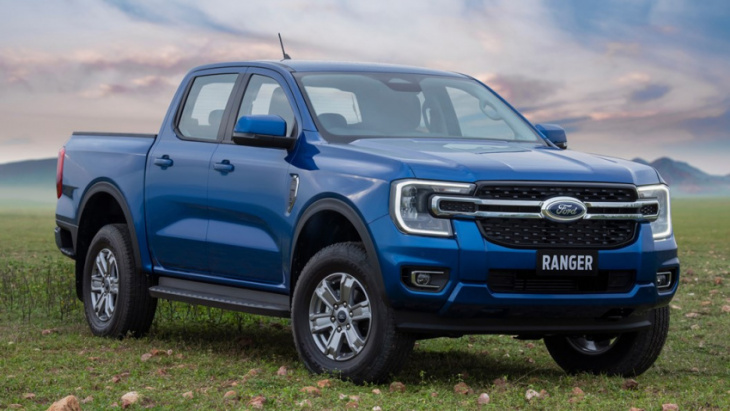 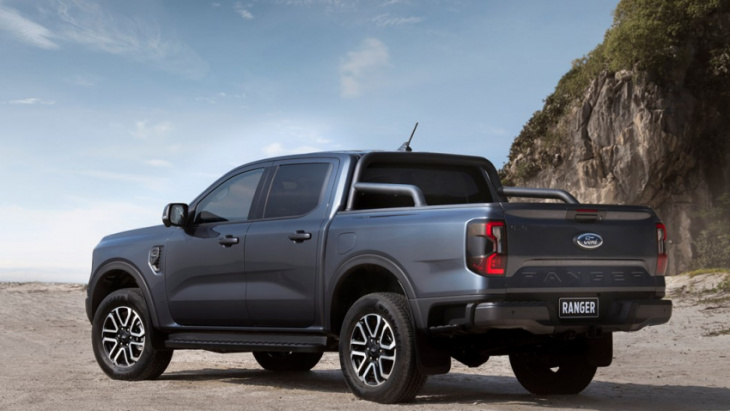 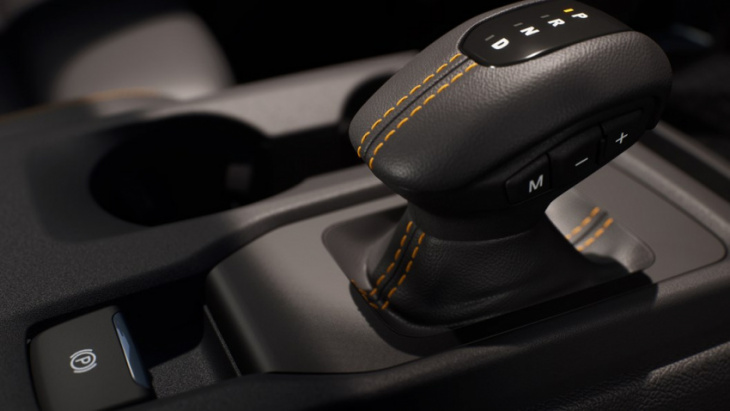 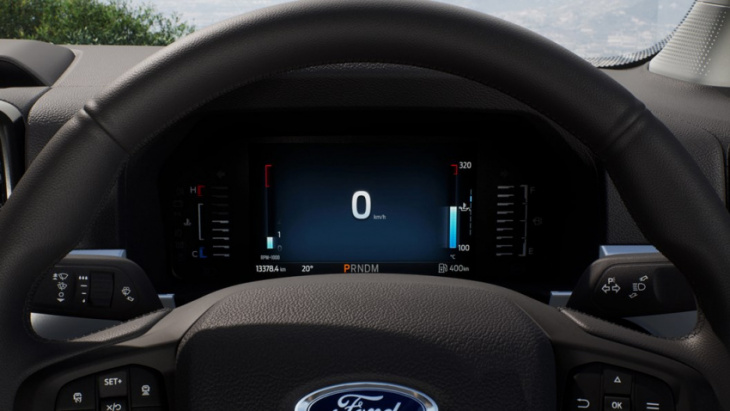 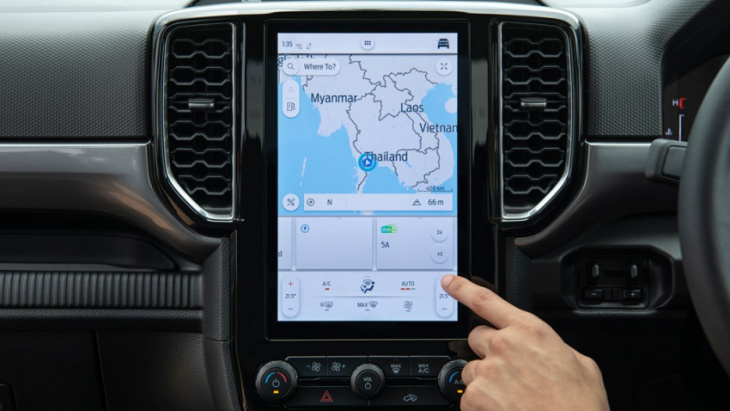 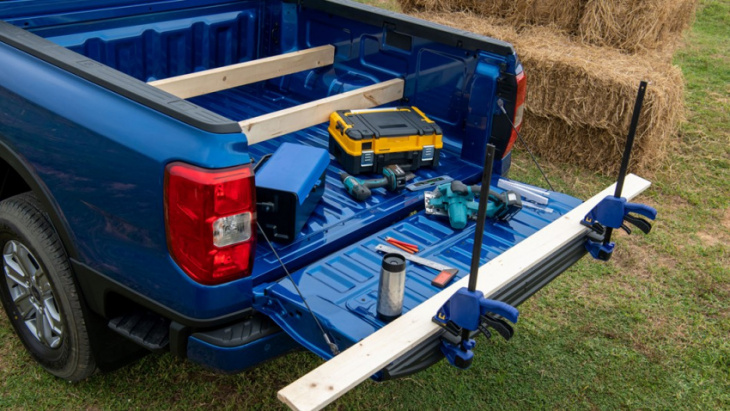 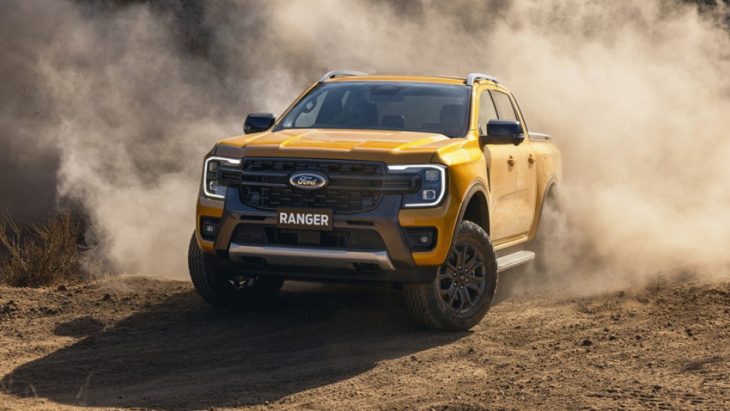 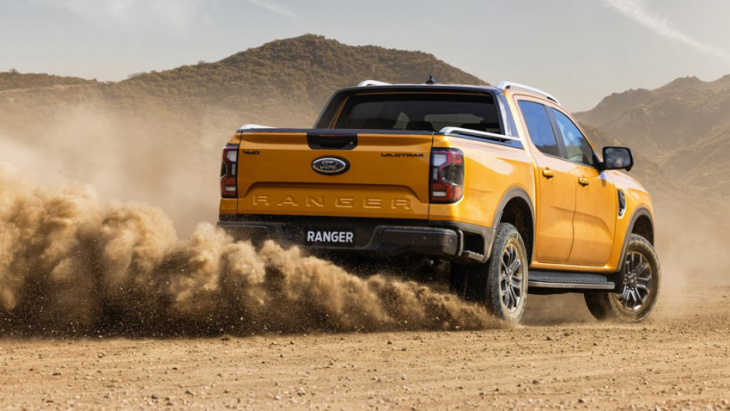 The Ford Ranger is the best selling pickup in the UK and Europe – truck buyers love it. The latest all-new version is taking inspiration from another truck-loving country – our chums over in America.

While the new model is still small enough to fit onto our tighter British roads, it has several features that make it much more extreme than the version that went before. There is a high-performance Ranger Raptor, a new luxury Platinum trim and all the usual run-of-the-mill working versions.

Sales have now started, with prices starting from £28,275 (not including VAT) but that will only get you the single-cab model in XL trim with two seats. To get the double cab you need to spend £29,800. The range carries on a fair way from there, with the Raptor the most expensive at £58,900 (although that is including VAT as it doesn’t qualify for the exemption due to its low payload.)

For all the sense of Americana, it was Ford’s Australian arm that led the development of this version of Ranger, which included a lot of customer clinics as well as all the heavy-duty testing you’d expect of this type of machine. 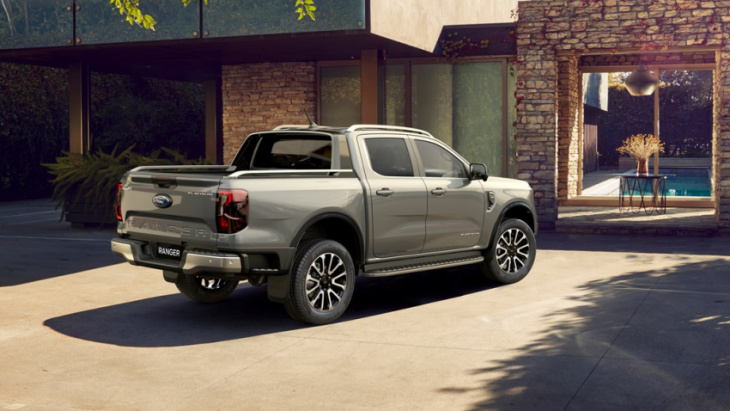 The result is a mix of modern tech and good, solid practical thinking. For example, there’s a step behind the rear wheel to make it easier to reach into the load bed, while the tailgate can be converted into a workbench, complete with built-in ruler and facility for clamping that plank of wood you desperately need to saw into pieces.

This doesn’t mean Ford has forgotten its Ranger lifestyle customers – far from it. The interior is more plush and boasts a minimum central screen size of 10.1 inches (some models get a 12.0-inch version), Sync 4A infotainment and an optional digital dial pack. You can now get matrix LED headlights, and the included Wi-Fi means over-the-air updates are on the horizon, too. This is no dumb truck. 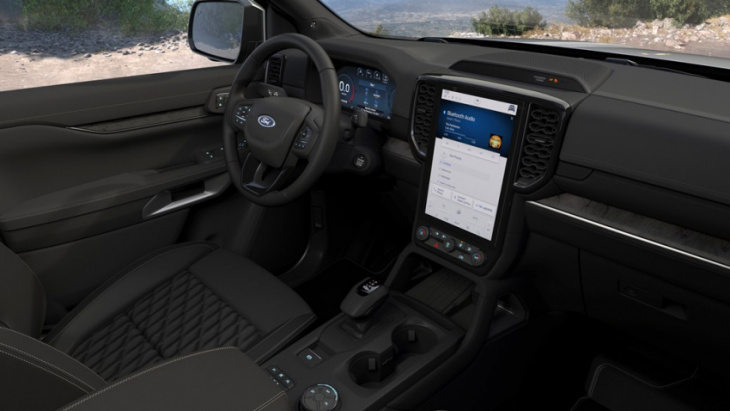 Ah, you’re referring to the Ford-VW ‘alliance’, which means this new Ranger is also actually the next-gen Volkswagen Amarok (though the VW is based on the Ford, not the other way around).

But, no. The Ranger’s new 3.0-litre turbodiesel is built in Dagenham and related to the motor that’s already shipped over the USA to power some versions of the F-150. Here it’ll be shipped to South Africa and Thailand, where the new Ranger will be built.

Inevitably it gets a boost in power over the previous version’s engines, producing 237bhp and 600Nm of torque. 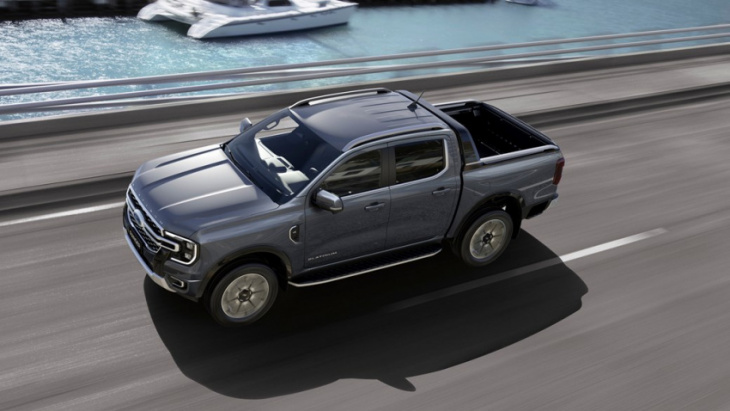 The 2.0-litre diesel carries over, too, with a choice of two versions – a 168bhp model which is fitted to the XL and XLT trucks, while the Wildtrak gets 202bhp.

While hybrid and electric versions haven’t been announced, there is room in the newly hyrdo-formed engine bay for ‘other propulsion technologies’.

With conviction. There’s a choice of two different four-wheel drive systems (switchable and permanent) and changes to the ladder frame chassis include moving the front wheels 50mm further forwards – extending the wheelbase and improving the approach angle – and placing the rear dampers out-board of the frame rails, increasing articulation. 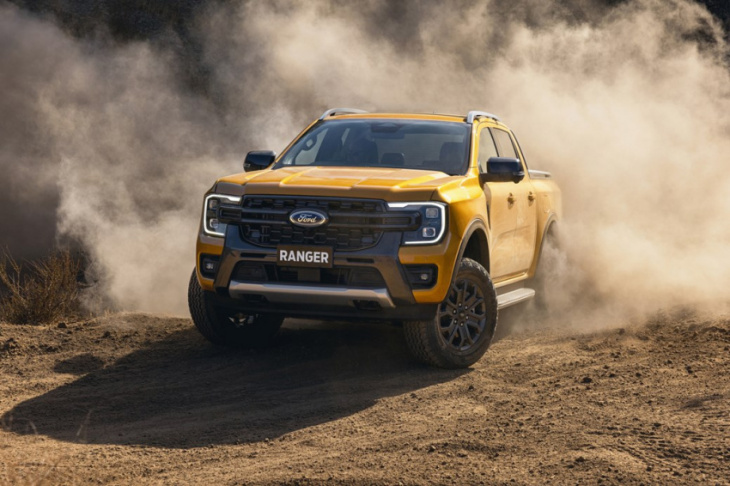 Regular models will get a choice of six driving modes to assist – something only previously available on the Raptor, which now gets seven on- and off-road modes – and there are strengthened recovery hooks, should you get stuck. Or need to rescue someone else.

Buyers will have the option of a six-speed manual transmission or 10-speed automatic, depending on engine variant. High-end autos get a new ‘e-shifter’, and there’s an electronic parking brake, too.

How practical is it?

Severely. Helped by a 50mm increase in track, the load space will now swallow a full-size pallet and/or load a ply sheet flat. The bedliner has slots moulded in, so you can make your own load dividers – or use the official ‘cargo management system’ – while removable protective capping reduces the amount of damage you’ll do to the tailgate when draping your downhill bike over the back.

Dual battery capability means you can a leisure battery under the bonnet, which will make for happy campers as well as keep those power tools turning over via a 400w inverter with AC outlet in the load bed. 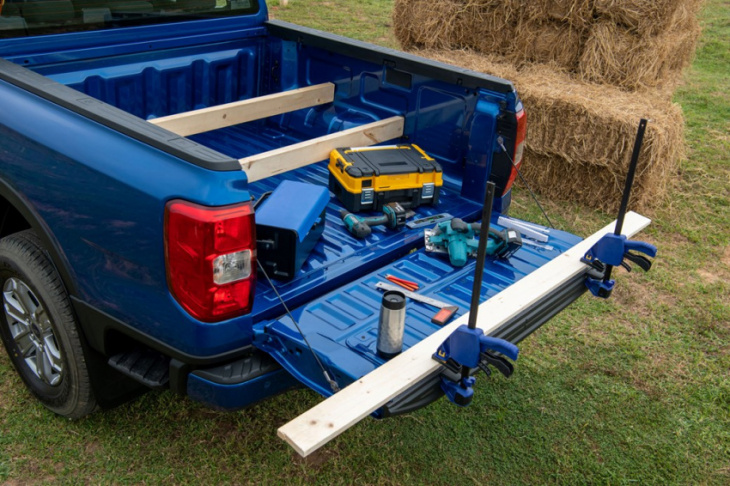 A new Zone Lighting system allows you to turn on individual exterior lights, should they be required for nocturnal activities. This – among many other things – can be controlled via the FordPass app on your smartphone.

Over 150 accessories are set to be available at launch.

Sold. How much does it cost?

Pricing starts at £28,275 (not including VAT) for the version that will be bought by those who want their Ranger to be a tool first and foremost – the single-cab, XL trim Ranger, with the 168bhp 2.0-litre diesel. The double cab version with four seats will set you back £29,800.

If you want a bit more luxury, with kit like alloy wheels, front fog lights, heated door mirrors and body-coloured bumpers (rather than the XL’s black plastic affairs) then the XLT starts at £31,150.

Wildtrak comes next, and brings an assisted tailgate, a silver side step bar, roof rails, a heated steering wheel, speed sign recognition, front and rear brake assist, lane change warning and intelligent speed assist. This will cost you £39,350 for the 2.0-litre 202bhp model or £42,350 for the 2.0-litre V6 diesel. Both come with the 10-speed automatic gearbox.

The Platinum brings upgraded exterior styling, including a bespoke front grille with a large horizontal bar and a silk chrome finish. It also gets 20-inch alloy wheels with black details, privacy glass and a soft-close tailgate. 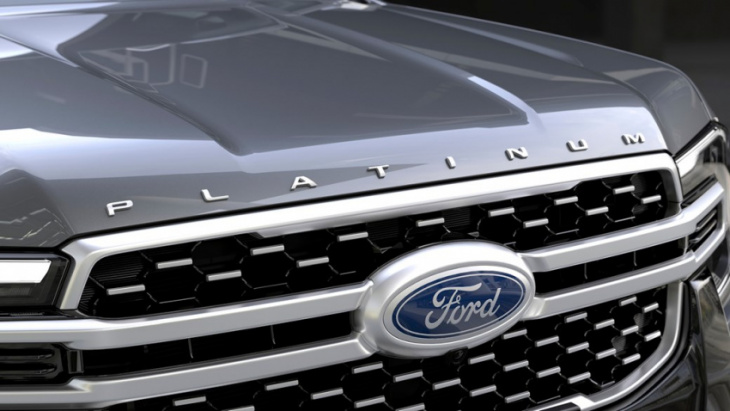 Inside there are quilted and powered leather seats with heating and cooling, maple wood on the dash, a full digital dashboard and a 12-inch portrait style infotainment screen.

It also gets more safety kit, including park assist, blind spot assist with cross-traffic alert and a 360-degree camera as standard.

Keyword: New Ford Ranger: details of posh new trim and all the pricing