New Ford E-Tourneo Custom van-based MPV now comes with electric power, offering up to 230 miles of range. Here’s everything you need to know including the price, specs and release date... 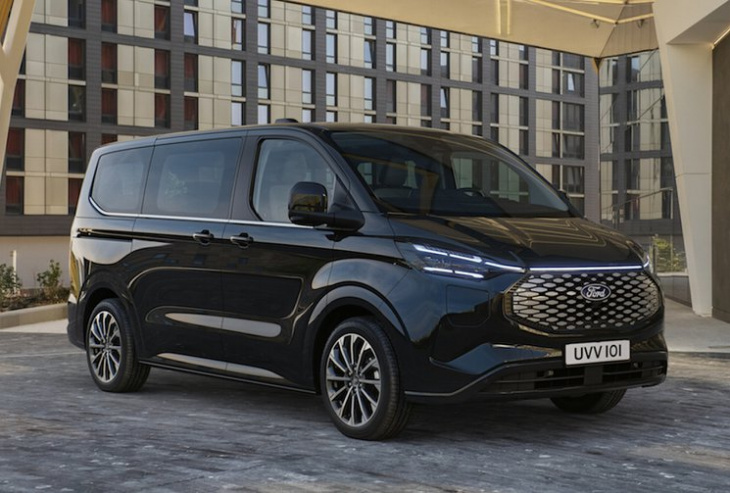 If you often find yourself having more bottoms than seats available or struggle to load your car during the annual family holiday, then perhaps the new Ford E-Tourneo Custom is for you.

Based on the new Ford E-Transit Custom van revealed earlier this year, the E-Tourneo is powered by a 215bhp electric motor which is paired with a 74kWh (usable capacity) battery, allowing for a range of 230 miles. And while that’s slightly less than the Volkswagen ID Buzz’s official 258 miles, it is more than the Citroen e-Spacetourer, which can only manage 143 miles between charges.

The new Tourneo Custom comes with 125kW DC fast charging, which allows for a 15-80% charge time of 41 minutes, if you use a suitably powerful charging point. For those able to charge at home or at work, that same charge takes less than eight hours from an 11kW charger. 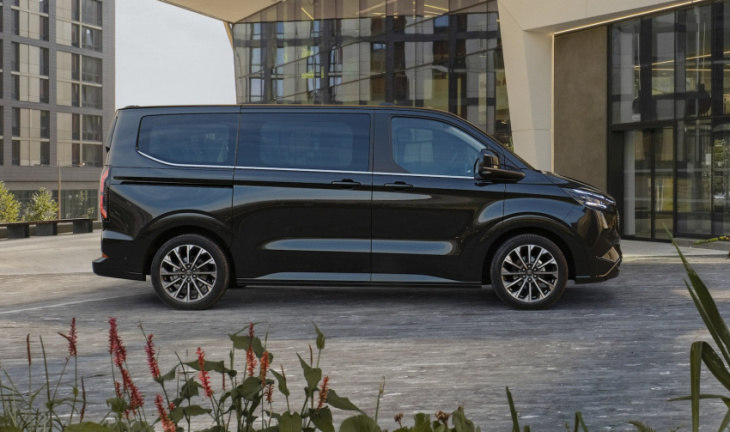 The electric Tourneo also features a one-pedal driving system, this allows the vehicle to come to a stop when releasing the accelerator pedal.

The outgoing Tourneo Custom included a diesel variant along with a petrol plug-in hybrid (PHEV) model, and these are available in the new Tourneo Custom. The PHEV combines a 2.5-litre petrol engine with a single motor and 11.8kWh battery to allow for an electric-only range of 31 miles.

The diesel variants are available as either an eight-speed automatic or six-speed manual gearbox with outputs of 134bhp, 148bhp and 168bhp. 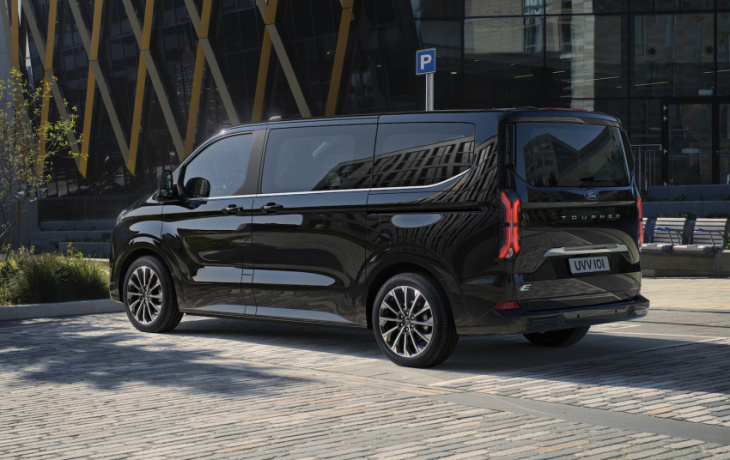 The new Tourneo can tow loads of up to 2000kg, which is more than the ID Buzz can manage. And it has hands-free power side doors too, so getting in and out of it in tight parking spaces should be a breeze.

Inside, a 13.0in touchscreen infotainment system features along with a ‘tilting’ steering wheel that can be folded flat into a small table. Up to eight seats are available in the electric versions of the Tourneo Custom, while the PHEV and diesel versions can seat up to nine – that’s more than ID Buzz which only comes with five seats. 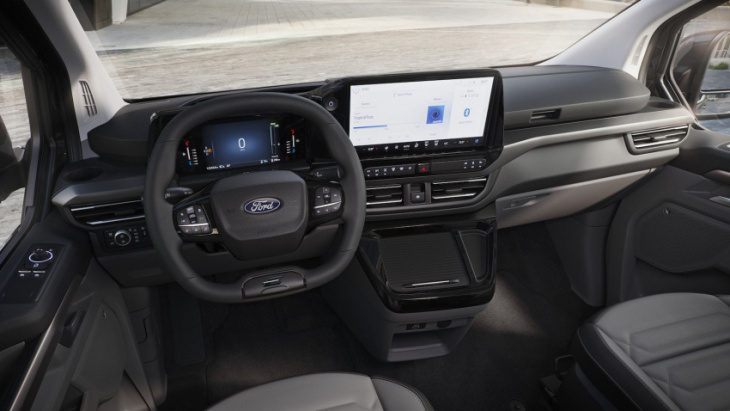 The new Tourneo Custom will be available in standard or long wheelbase guises, both of which provide three rows of seating. The second and third rows are able to slide back and forth and the third row can be folded into a 60/40 split. And if you need a mobile nursery, five Isofix points are also included (three in the second row and two in the third) to install your child’s car seat.

Other features include a Bang & Olufsen audio system and a panoramic glass roof.

While pricing is yet to be confirmed, it’s likely the new version will cost around £55,000 which is slightly cheaper than the ID Buzz, however quite a lot more than the e-Spacetourer which is priced from £47,495.