Not long ago, Ferrari teased it was about to jump into the SUV game. Now we know the Italian luxury carmaker has added the Purosangue to its lineup. However, what does “Purosangue” mean, and how is the name pronounced?

‘Purosangue’ meaning and how to say it 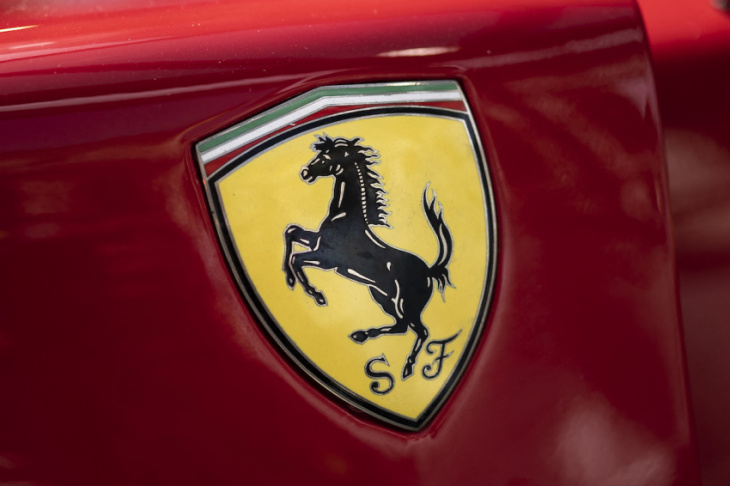 Motor1 says the portmanteau comes from the Italian words “puro” and “sangue.” “Purosangue” translates literally to “pureblood” in English, which means roughly the same as “thoroughbred.” The four-syllable name of the new Ferrari SUV is pronounced, “PURR-oh-SAHN-gway.”

The Prancing Horse's first SUV will make its official debut in September. https://t.co/ypy7JLOevx

During his lifetime, Enzo Ferrari remained adamant that his prestigious car company would not make sport utility vehicles or four-door sedans he considered “vulgar” and unimpressive.

In 1969, after Bill Harrah’s mechanic totaled his 1969 Ferrari 365 GT 2+2 in a snowstorm outside Reno, the Las Vegas casino mogul asked the Italian carmaker to rebuild his ride with four-wheel drive. Ferrari immediately declined, Carscoops explains.

Around 46 years later, Ferrari designer Flavio Manzoni told Barron’s that the late founder would “turn in his grave” if his luxury car company ever rolled an SUV off the production line. “Never. It’s not within our DNA, and it’s not something we are ever going to look at.”

Before leaving the company, then-Ferrari CEO Louis Camilleri publicly stated he despised hearing the word “SUV” in the same sentence as “Ferrari,” explaining that sport utility vehicles “do not sit well with our brand.”

In 2016, a mere four months after the company became publicly traded, new Ferrari Chairman Sergio Marchionne announced the carmaker would increase vehicle production in the coming years. Still, none of the new offerings would be an SUV. During a conference call with number crunchers, Marchionne went as far as to say, “You have to shoot me first,” before Ferrari would produce any sport utility vehicle, Car and Driver reported.

Still against the idea of a Ferrari SUV, Enzo Ferrari died in 1988. Shortly before his death 20 years later, chairman Marchionne relented somewhat, saying that if his company did build an SUV, it would have to be built “in Ferrari’s style,” revealed Penta, according to Barron’s. Penta continued, “That space is too big and too inviting, and we have a lot of customers who will be more than willing to drive a Ferrari-branded vehicle that has that king-of-utilitarian objective.”

Never is a long time

You have waited a long time, and now you are just one click away from finding out all about the #FerrariPurosangue. #Ferrari

Despite claims to the contrary by the company’s founder, designer, and chairman, the Italian luxury carmaker debuted the Ferrari Purosangue on September 13, 2022.

In 2019, Car and Driver predicted the Purosangue would arrive in showrooms in 2023 with a 650-hp turbocharged V8 engine, an electrically powered front axle, and a rear-mounted transaxle.

However, Ferrari recently confirmed the Purosangue packs a 715-hp 6.5-liter V12 engine. Mounted behind the front axle instead of over it as in most crossovers and SUVs, the engine’s position allows for better handling, the automaker claims. Last May, the company tweeted that the new model would be unmistakably Ferrari, “born without compromises,” and powered by the company’s iconic V12.

Starting at $389,000, the Ferrari Purosangue will compete with the Porsche Cayenne and Lamborghini Urus. Deliveries are expected to begin in 2023.