Ferrari’s first SUV comes in the form of a four-seater, V12 supercar to rival the Lamborghini Urus 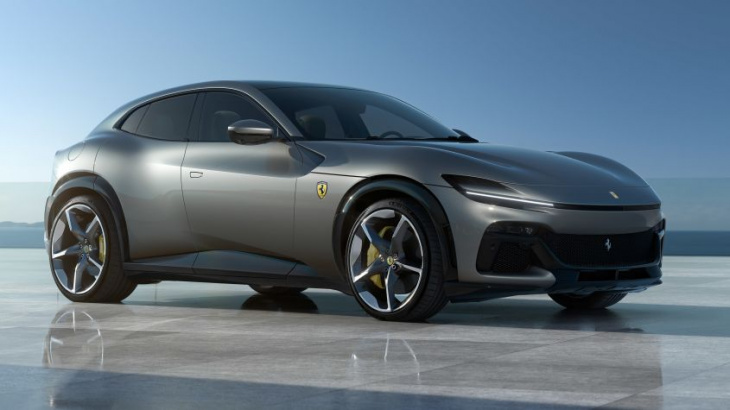 In the midst of the current cost-of-living and energy crisis, Ferrari has announced a new model which it thinks is the perfect car for this moment in time: a £330,000, V12 SUV. Dubbed the Ferrari Purosangue, this new model marks the Italian brand’s first-ever venture into the SUV market and is one of the most expensive options available, rivalled only by the ultra-luxurious Rolls Royce Cullinan or a heavily optioned Lamborghini Urus.

At first glance, the Ferrari Purosangue is similar to the upcoming Peugeot 408 in the way it blurs the lines between what is considered an SUV and a hatchback. However, while most SUVs offer a five or seven-seat configuration, the Purosangue only has four seats on offer – mirroring its spiritual predecessor, the Ferrari GTC4 Lusso. To access the second row, passengers must enter through a set of rear-hinged ‘welcome doors’, similar to those seen on the Mazda MX-30 and the Cullinan. 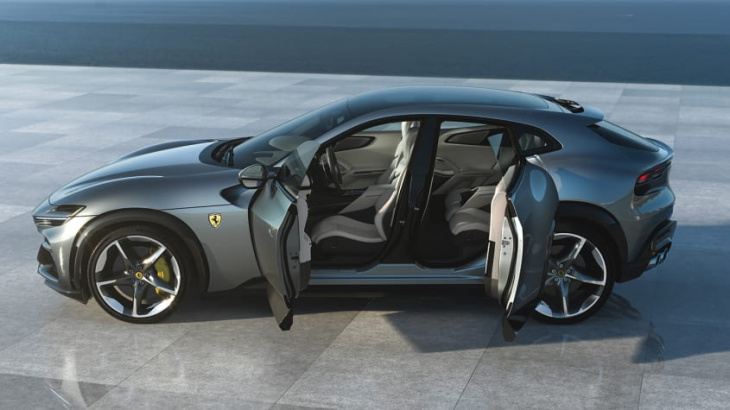 Another area where the Ferrari is lacking in comparison to other more traditional SUVs is boot space, although the Purosangue’s 473 litres of boot space is the most any Ferrari has ever featured. It’s actually 71 litres more than you get in a Ford Mustang Mach-E. And, for something that has a howling 6.5-litre V12 engine under the bonnet, we don’t think that number is too bad.

Speaking of the Purosangue’s V12, this produces a monstrous 715bhp – impressive when you consider that it doesn’t receive any assistance from an electric motor or turbocharger. With all this power going to all four wheels, the Purosangue will get from 0-62mph in just 3.3 seconds – matching the hottest Aston Martin DBX and beating pretty much every other SUV on the road, including the Urus. 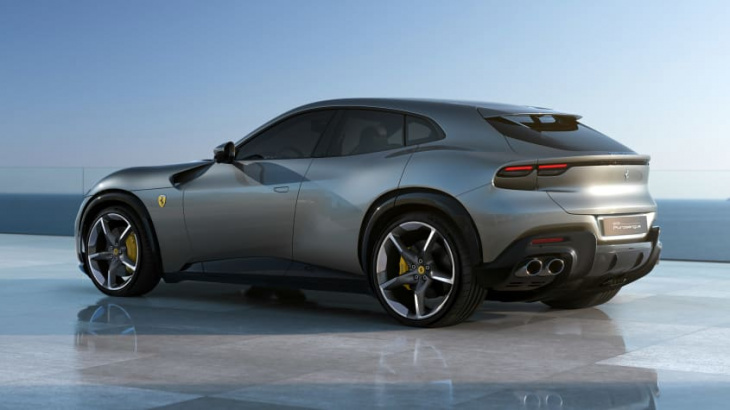 Just like its predecessors, the FF and the aforementioned GTC4 Lusso, the Ferrari Purosangue utilises a specialised all-wheel-drive system. This solely powers the rear wheels the majority of the time, shifting power to the front axle whenever extra grip is needed.

This is representative of how adamant Ferrari is that this isn’t an SUV, but instead a “sports car opening a new segment”. When asked whether the Purosangue can be taken beyond the tarmac like a proper 4×4, Ferrari’s Chief Product Development Officer, Gianmaria Fulgenz said: “you can use the car off-road, but it’s not a Jeep”. 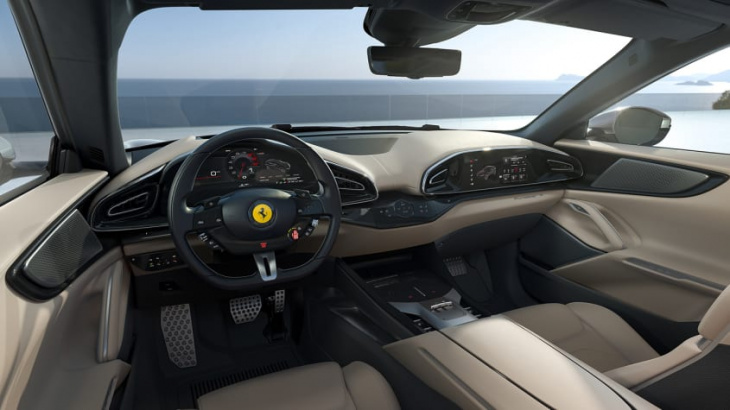 Just like most luxury cars, the Purosangue has a long and expensive options list. One particular highlight, however, is an optional infotainment touchscreen for the front passenger, for when the Ferrari’s blistering performance just isn’t entertaining enough.

While the Purosangue’s slightly jacked-up stance and hatchback boot make it more usable day-to-day than a low-riding supercar, it’s nowhere near as practical as something like a Lamborghini Urus. Starting at around £330,000, the Ferrari is almost £150,000 more expensive than the Lambo, too.

Of course, this is on-par with Ferrari’s other V12-engined cars such as the 812 Superfast, however there are other accomplished performance SUVs out there such as the Porsche Macan that cost considerably less.

Waving the Hybrid flag Makes you feel unstoppable “Have you had durian before?,” I asked my instructor Andrea Nori. “No..what is that? Is it like a papaya?” His assumption is just based on what he knows, but cutely wide off the mark – and despite my attempts at convincing ...


View more: This is how you make loyalists of the brand: 2022 Ferrari 296 GTB tested around Sepang!

In this episode of the Autoblog Podcast, Editor-in-Chief Greg Migliore is joined by Associate Editor Byron Hurd. With the Detroit Auto Show now in the rearview, focus shifts to news that crept up outside of the North American spotlight. The two talk about the new Ferrari Purosangue SUV, then ...


View more: Getting some air in your 911: Porsche unveils rooftop camping option