As it moves towards an all-electric future, Citroen will be injecting the quirky spirit of the Ami into its mainstream models 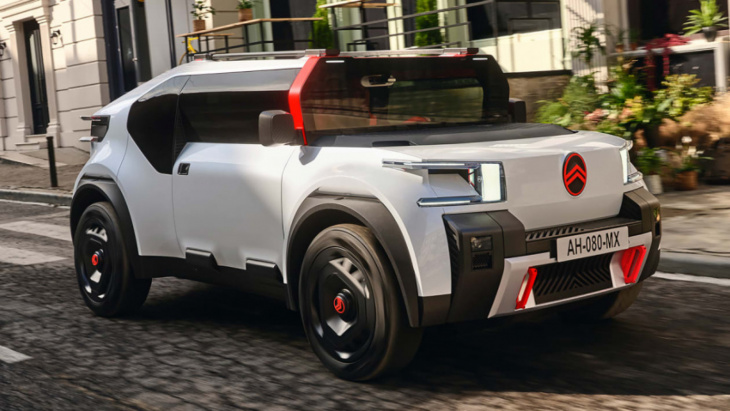 In an effort to break the mould of expensive, homogenous electric cars, Citroen has revealed a radical concept crossover with a focus on sustainability, low weight and affordability. Called the Oli, it employs the ethos of the Ami quadricycle in a larger form factor, and previews design and engineering themes that will filter down to mainstream Citroen models in the future.

Citroen claims that the Oli isn’t a direct precursor to a production model, despite providing a series of specific technical details for the show car. The Oli aims to buck the trend of heavy, gadget-laden EVs with a projected kerb weight of just 1000kg, thanks to the use of lightweight recycled materials, simplified tech and a relatively small 40kWh battery.

Some of the Oli’s exterior panels are interchangeable with each other, including the doors, wheel arch extensions and bumpers, helping to reduce manufacturing and repair costs. Certain non-structural elements of the body are made from honeycomb cardboard panels which present a 50 per cent weight saving over steel, while still being strong enough to support the weight of an adult. Elsewhere, the Oli uses a unique 20-inch wheel design that combines a strong steel face with an aluminium inner rim for further cost-effective weight saving.

The Oli is the first Citroen to feature the firm’s new logo, but its defining design feature is the vertical, letterbox-style windscreen. The flat glass panel is smaller, lighter and cheaper to produce than a typical windscreen, although it does compromise the car’s aerodynamic performance. Still, Citroen suggests that the Oli would primarily be used for urban transport rather than high speed cruising, where the aerodynamic limitations would come into greater effect. 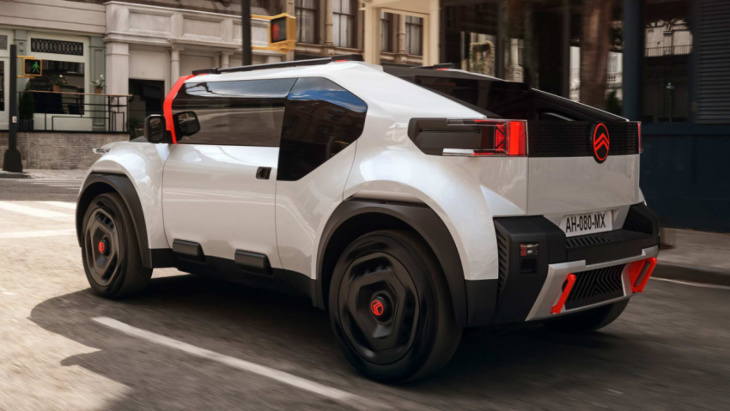 The top speed is limited to 68mph as a result, and up to 249 miles of range could be possible. Replenishing the battery from 20 to 80 per cent takes just 23 minutes, claims Citroen. These figures are presumably derived from Stellantis’ STLA Small platform, which would likely underpin a vehicle like this.

With the ability to power electrical devices using the car’s vehicle-to-load capability, Citroen is pitching the Oli as a versatile machine for outdoor adventures, and it’s equipped with roof rails, attachment points for accessories and a pick-up-style load bay.

Like the Ami, customisation for the Oli is limited to graphics packs, accent colours and interior trims, rather than primary paint shades. The cabin is unlikely to resemble any showroom-ready models for the time being, but the lightweight, minimalist theme continues. The seats, for example, are made from a 3D-printed mesh and use 80 per cent fewer parts than traditional items, despite being equipped with flexible thermoplastic mounts for extra comfort.

The beam-style dashboard is fitted with a row of physical toggles for the climate controls, and infotainment duties are catered for by a slim dashboard display, driven by the user’s smartphone. Two removable Bluetooth speakers sit at either end of the dashboard, and suicide doors provide access to the rear seats, which are also built from 3D-printed parts.