BMW has stormed the stage at the 2022 Essen Motor Show in Germany with a prime example of its second-generation M2 performance coupe bedazzled in the latest range of the company’s optional M Performance parts. 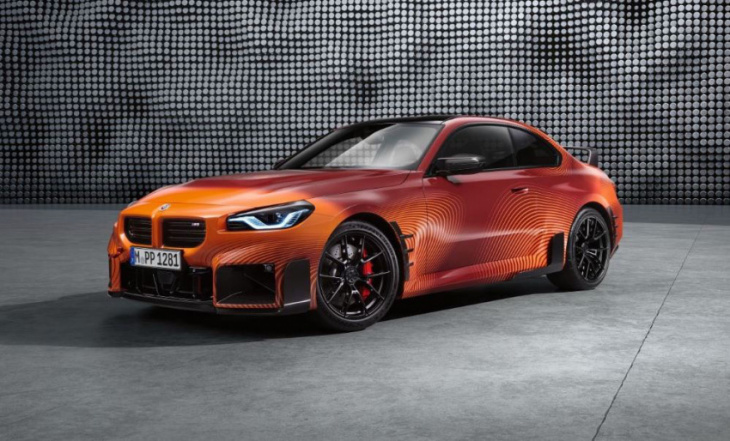 Although the M Performance parts were initially revealed in November, BMW’s showpiece for the event is a bright orange example that wears a striking carbon fibre reinforced plastic widebody kit that is said to offer some serious aerodynamic improvements, unique side skirts and an aggressive carbon rear wing.

The M2 in question has also been fitted with a titanium exhaust system finished in a unique stacked arrangement that shaves 8kg from the equation. There’s also a carbon fibre rear diffuser helping to provide a “positive effect on its aerodynamic properties”. (Apologies for the poor quality images – these were the official press images provided.) 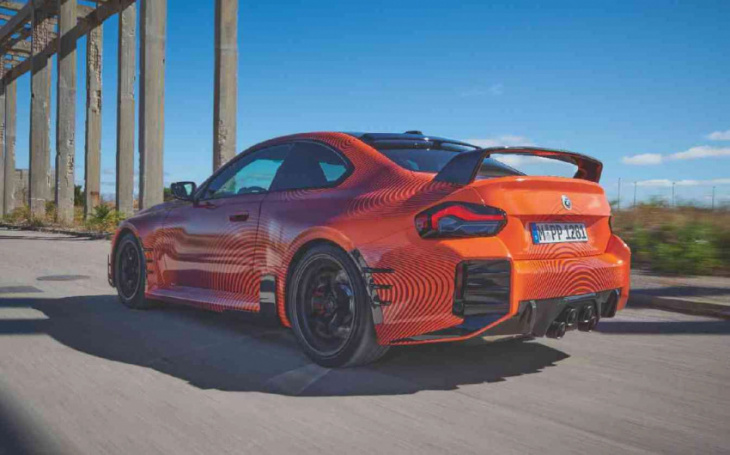 Inside, the M2 gains a heap of added carbon fibre upgrades, with Alcantara weaving its way across the armrests and the knee pads, with BMW’s curved display headlining the technology package inside the cabin.

As a refresher, BMW took the wraps off its latest G87-generation M2 in October, featuring the company’s S58 3.0-litre twin-turbo inline-six producing 338kW of power and 550Nm of torque.

Power is sent to the rear wheels via a choice of six-speed manual or eight-speed ZF automatic transmission, with the company claiming 0-100km/h sprints of 4.3 seconds for the manual, dropping to 4.1 seconds for the automatic

BMW Australia has confirmed the new M2 will start from $119,900 (excluding on-road costs), with market arrival scheduled for the first half of 2023. 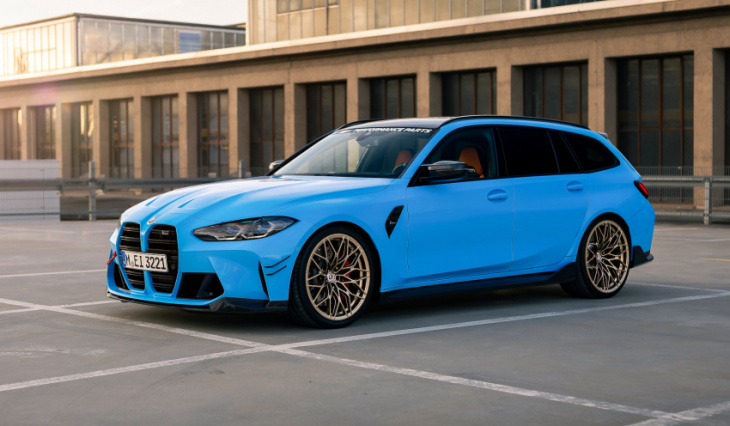 Also on show at the event is a stunning example of the new M3 Touring, equipped with a full suite of M Performance parts. The car will become the official MotoGP safety car next year. 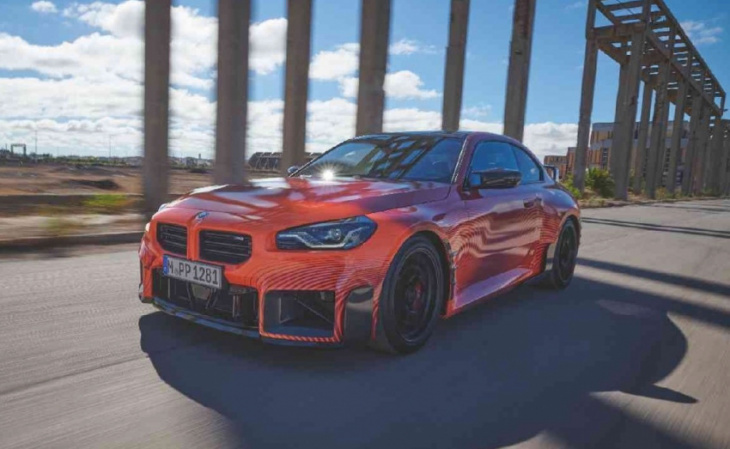 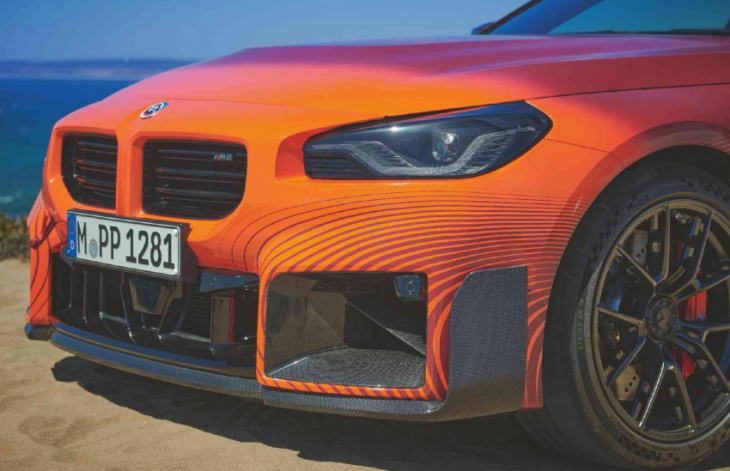 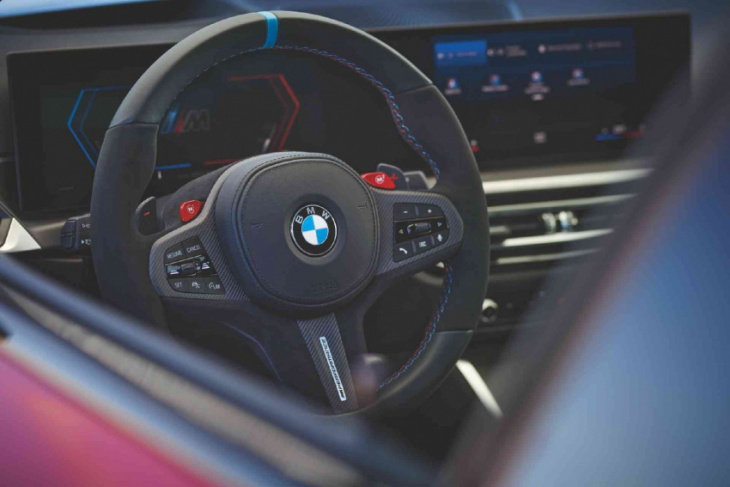 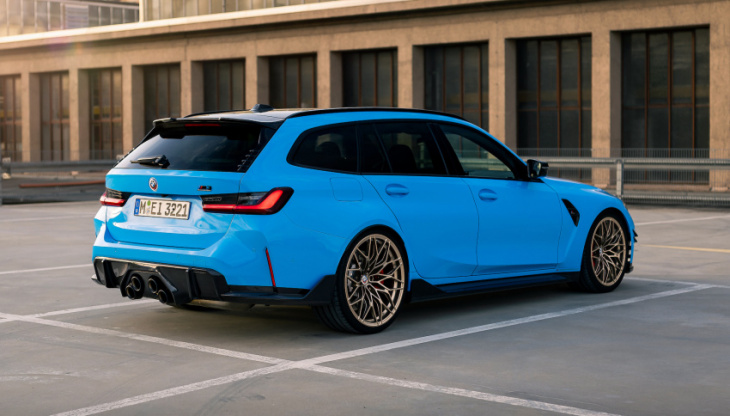