Based on the Fiat 500 EV, Abarth’s newest pocket rocket gets fake engine sounds and more power 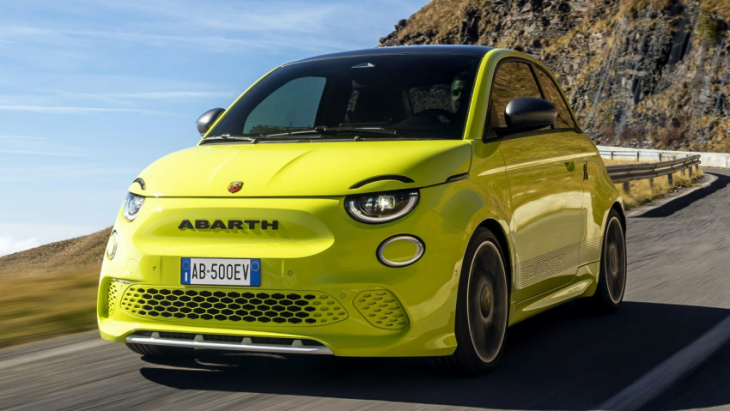 Two years after the debut of the electric Fiat 500, the Italian brand’s high-performance sub-brand has finally got around to creating a hotter version: introducing the new Abarth 500e.

Sharing many of its parts with the regular plug-in 500, the Abarth 500e gets more aggressive styling and upgraded mechanicals which include stiffer, lower sports suspension and a more powerful electric motor.

Pricing for the new car is yet to be announced, but we expect it to start from around £35,000 when it goes on sale at the end of 2022. The electric hot hatchback segment is a small, but developing one; potential rivals for the 500e include the MINI Electric and the upcoming Alpine R5. Apart from its striking Acid Green paintwork – other colours will also be available – the Abarth is set to stand out from its Fiat counterpart thanks to a handful of sporty styling upgrades. The car is slightly wider than the standard Fiat 500 to improve stability at high speeds and allow the fitment of wider, grippier tyres.

At the front, the Abarth 500e is stamped with a revised version of Abarth’s Scorpion logo; this is now accompanied by a lightning bolt, indicating the brand’s transition to electric power. Other changes over the regular 500 include kerb-clipping 18-inch alloy wheels, more aggressive creases in the bumper and a large boot spoiler.

Peel away the Abarth’s racier bodywork and you’ll find the same 42kWh battery that powers the standard Fiat 500. This is now paired with a more-powerful, front-mounted electric motor producing 152bhp and 235Nm of torque. The 500e will get from 0-62mph in seven seconds; this is slightly faster than the outgoing 595, though Abarth claims the greatest improvement will be felt around town, specifically as the 500e will dash from 25-37mph 1.5 seconds faster than the petrol car. 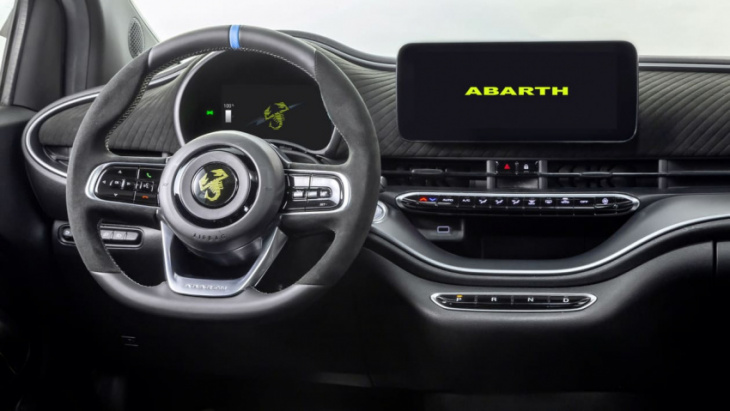 Drivers can choose from one of three driving modes: Turismo, Scorpion Street and Scorpion Track. Turismo acts as a sort of ‘comfort’ setting and dials back the power from the electric motor to just 134bhp to preserve range. Speaking of range, the 500e can travel 155 miles before needing to be plugged-in – this is significantly less than the 199-mile range of the Fiat 500 on which it’s based, though the figure remains in-line with other small EVs such as the Honda e.

Scorpion Street turns the power back up to 152bhp, but also utilises regenerative braking to ensure its driving range isn’t hit too hard. Turismo mode also has this feature, with both settings enabling one-pedal driving. Finally, Scorpion Track, as its name suggests, is all about outright performance and disengages the regenerative braking function altogether, although this is likely to have a significant impact on range.

One perceived issue with electric cars is that they don’t offer the same sound and emotion as something with a combustion engine. Abarth seeks to resolve this issue with a sound generator that mimics the rorty exhaust note of an Abarth 695. Of course, this feature can be switched off, meaning pressing the car’s start button will instead cue a strum of an electric guitar. 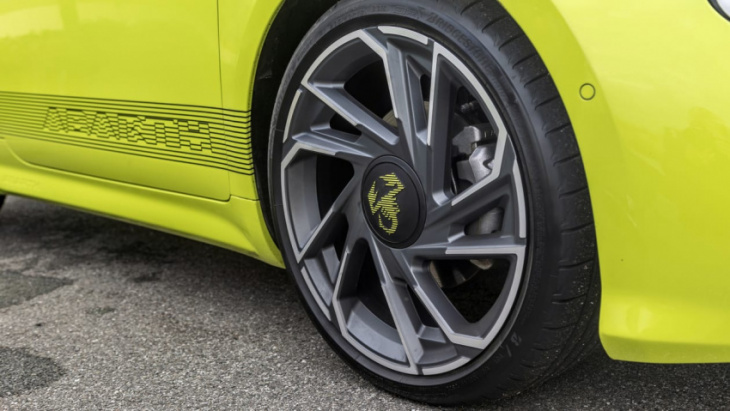 While the power output has been increased, the 500e still charges at the same 85kW rate as the standard 500, meaning a 10-80% top-up will take around half an hour when connected to a public fast charger. There have been other upgrades, though which come in the form of bigger brakes and lower, stiffer suspension – all in the pursuit of sharper handling.

So when can we expect the new car to arrive? Given Abarth aims for the car to go on sale towards the end of 2022, it’s possible early deliveries will take place sometime in the mid-late Spring of 2023. Those first to arrive will be limited-edition ​​Scorpionissima models, which will come fully equipped and will only be available for a short time via Abarth enthusiast clubs.