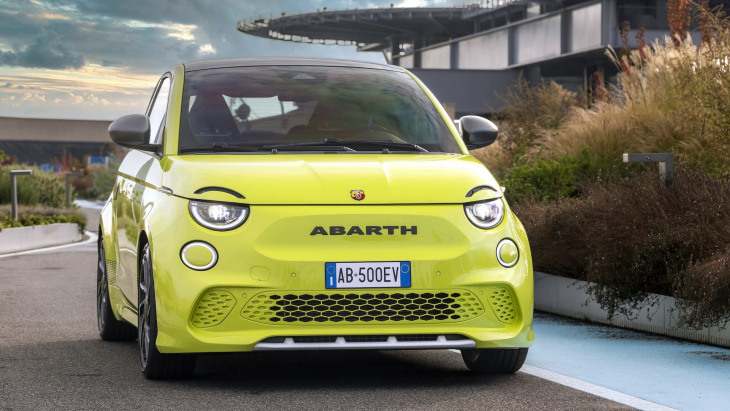 The Abarth is based on the battery-powered version of the Fiat 500 city car, but with a greater emphasis on speed and handling.

Abarth says the new electric 500 is one-second-a-lap faster around its Balocco test track than the outgoing, petrol-powered Abarth 695.

‘More Abarth than EVer‘ 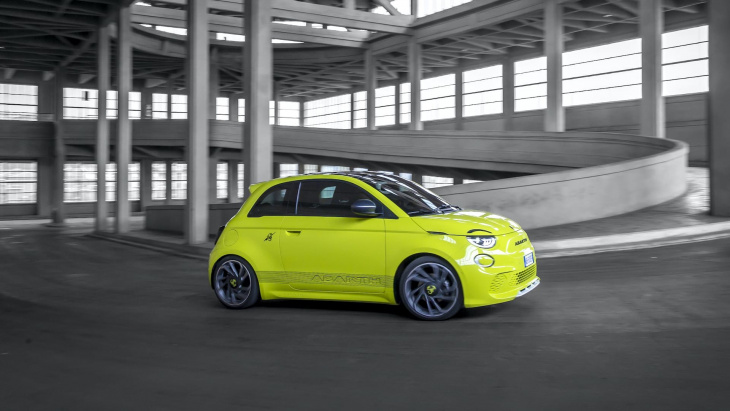 The Abarth 500e uses the same 42kWh battery as the higher-spec Fiat, but increases output from the electric motor to 155hp. A healthy 173lb ft of torque aids acceleration, powering this pint-sized EV from 25mph to 37mph (40km/h to 60km/h) in only 1.5 seconds.

When it comes to the benchmark 0-62mph sprint, the Abarth 500e takes exactly 7.0 seconds. 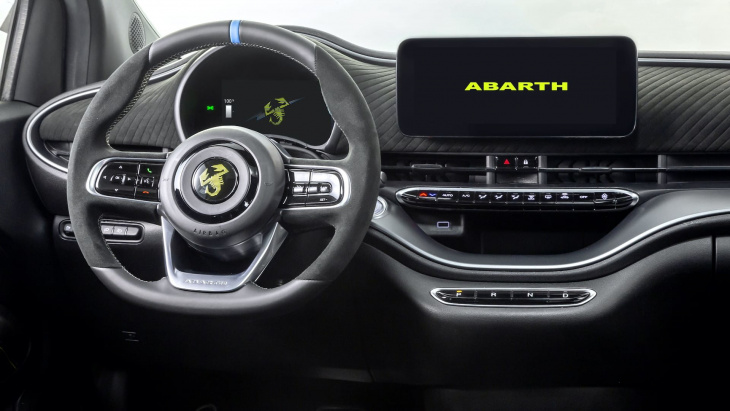 Abarth says the 500e is the first city car to be offered with an optional sound generator. This replicates the noise of a petrol-powered Abarth for those not ready to fully let go of the past.

There is also a ‘strumming guitar’ sound, made whenever the Abarth exceeds 12mph.

Compared to the Fiat 500e, the Abarth has a longer wheelbase and a wider track. Helping it stand out are a new front bumper, LED lights, a white front splitter and titanium grey mirror caps.

Like the Fiat version, the Abarth 500e will be offered in both hatchback and roll-top cabriolet body styles. 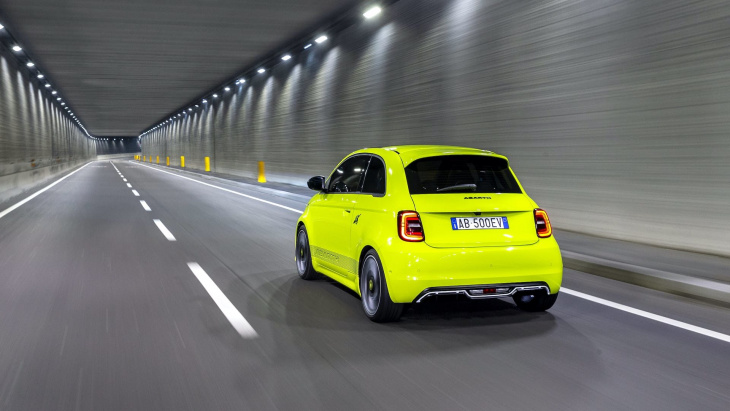 A Scorpionissima special edition celebrates the Abarth 500e’s debut, with production limited to 1,949 units. Buyers can pick Poison Blue or searing Acid Green paintwork, with contrasting side graphics and a set of 18-inch diamond-cut alloy wheels.

Alcantara sports seats, a fixed glass roof on hatchback models, tinted windows and a 10.25-inch touchscreen are all standard-fit on these launch cars.

Prices for the Abarth 500e have yet to be confirmed, although members of the online Abarth community can place orders for the Scorpionissima version now.